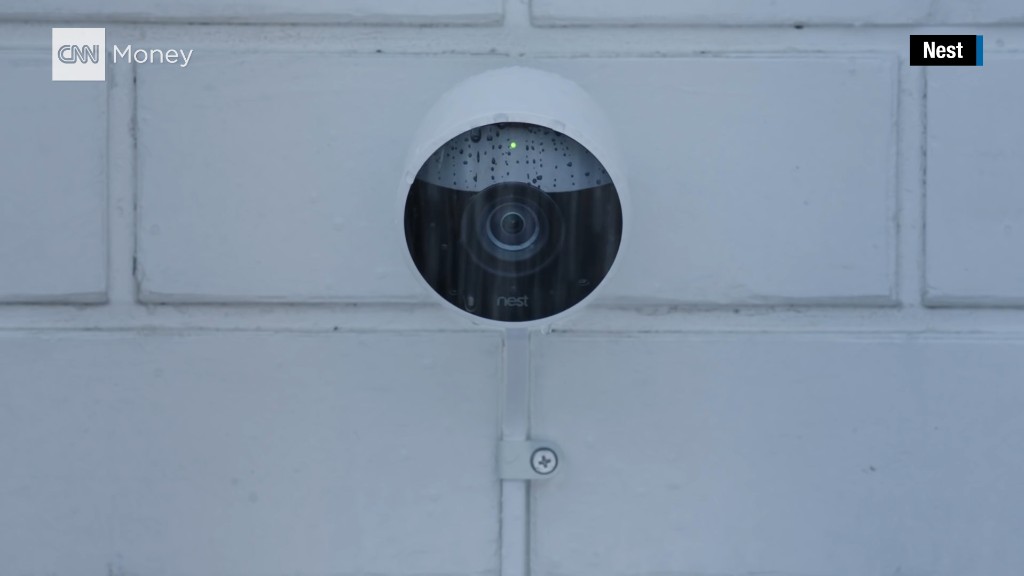 The Nest thermostat wants to shake off its reputation as a high-tech luxury item.

Nest Labs is releasing a new version of its flagship smart thermostat with a new look and a big $80 price drop meant to appeal to regular folks. The Nest Thermostat E, launching Thursday, will cost $169 and feature a new vanilla design to help it blend into a home instead of stand out.

The changes, while minor, are a notable departure from the Alphabet (GOOGL, Tech30)-owned Nest Labs. Since launching six years ago, the Nest Learning Thermostat has won design awards and dominated the smart home market that it helped launch. But at $249, the device’s price was too steep for many home owners, even with the promise of saving money on energy bills.

A favorite of early tech adopters, the smooth wall-mounted disk was a conversation piece as much as a heating and cooling device. Now the company wants people to forget it’s even there.

The metal ring has been replaced with white polycarbonate plastic. The crisp LCD screen is covered with a frosted display that fades to light gray when not in use. There’s less to see anyway, with a new minimalist look that removes tick marks and other details. When the motion sensor is triggered, the Nest will light up with large orange numbers showing the current temperature.

The gadget still works with the same Nest app as its older iteration, so you can control it remotely through a phone or by yelling at an Echo or Google Home. While it does learn your heating and cooling habits over time, Nest isn’t highlighting that feature. The Thermostat E will have an automatic schedule programmed in right of out the box, based on data Nest has collected over the years from all its users. It does not include a c-wire connector, which won’t be an issue for most homes according to the company.

A thermostat was Nest’s first product, and it’s still the company’s most successful original creation. The company has only created one other new product, the Nest Protect smoke and CO2 alarm. It also acquired wi-fi camera company Dropcam for $555 million, after which it redesigned and rebranded its products as Nest Cam. Its most recent release was an update to the indoor Nest Cam that added features like facial recognition.

After a period of highly publicized drama, Nest Labs has been mostly quiet over the past year. Founded by former Apple executive Tony Fadell in 2011, the company was acquired by Google for $3.2 billion in 2014. After it snatched up Dropcam, the Dropcam CEO said he regretted the deal — partially due to issues with Fadell’s management style. Fadell resigned from Nest Labs in 2016.

While a cheaper thermostat is not the flashy new product many Nest fans have been hoping for, it could be a lucrative move for the company. The low price and potential to save money on electricity bills could appeal to people who would not have considered the pricier Nest, which will still be available.