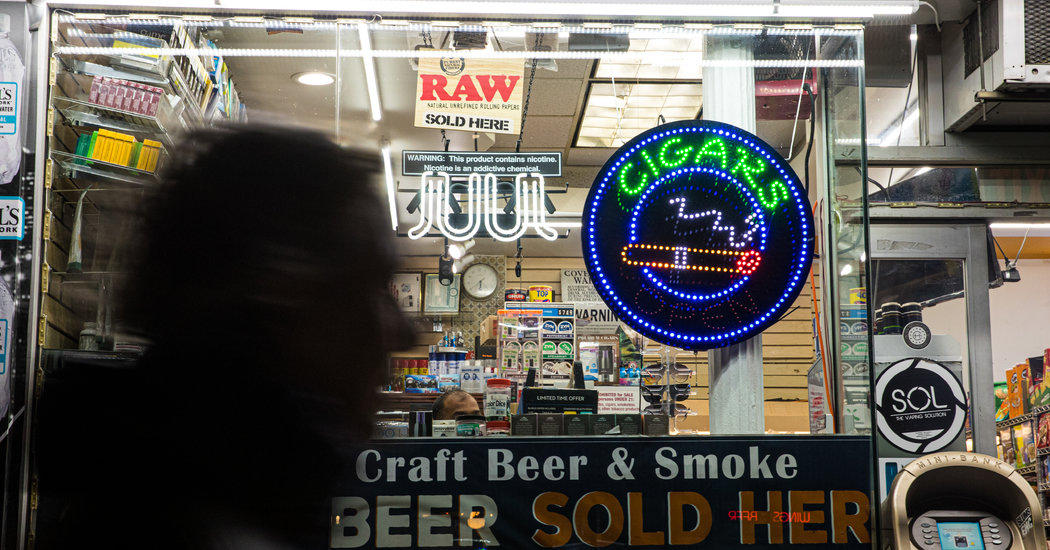 Nearly one in three high school students has reported using a tobacco product recently, according to a new federal survey released on Thursday, evidence that concerns over nicotine addiction among teenagers are not limited to e-cigarettes.

For the sixth year in a row, e-cigarettes dominated the students’ choice. Public health officials were concerned that despite wide-scale publicity to deter vaping, not only did the practice continue to surge, but students did not seem to be particularly alarmed about e-cigarettes.

While e-cigarettes were by far the most popular product, researchers noted that one in three users, or an estimated 2.1 million middle and high school students, also used an additional tobacco product, such as cigars and cigarettes.

Use of cigarettes and cigars among teenagers remains relatively modest. This is the first year that more high school students reported smoking cigars than traditional cigarettes, 7.6 percent compared to 5.8 percent.

Many said they don’t consider intermittent smoking of any product to be harmful. The National Youth Tobacco Survey, conducted by the Centers for Disease Control and Prevention, found that despite widespread public health efforts to deter students from vaping or turning to any tobacco product, students still reported being steeped in an environment which promotes tobacco as alluring.

Researchers said they were particularly concerned about the increased possibility of nicotine dependence. Dr. Robert R. Redfield, director of the C.D.C., noted that nicotine can harm the developing brain. “Youth use of any tobacco product, including e-cigarettes, is unsafe,” he said in a statement. “It is incumbent upon public health and health care professionals to educate Americans about the risks resulting from this epidemic among our youth.”

Students reported struggling to stop vaping or smoking: 57. 8 percent reported having given serious thought to quitting, while nearly as many said that managed to do so for at least a day.