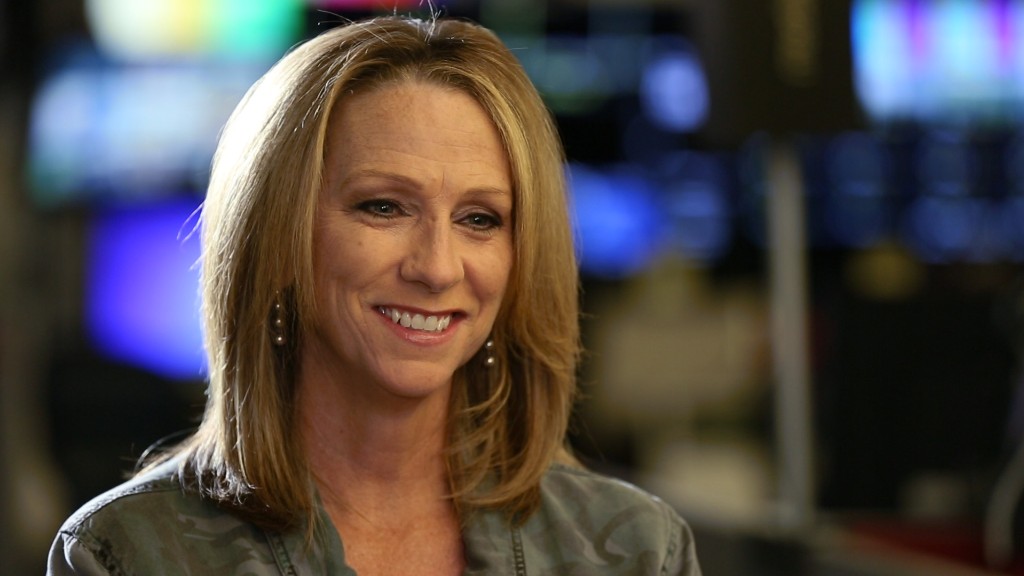 Beth Mowins is drawing praise for her debut as an NFL play-by-play announcer on “Monday Night Football.”

She’s the first woman in 30 years to call the NFL on TV, and the first in a national broadcast. Gayle Sierens called a regionally televised Chiefs-Seahawks game for NBC in 1987.

Mowins will call a second game in two weeks, the Browns and Colts for CBS.

Related: Meet the first woman to call an NFL game in 30 years

Her fellow reporters said they were inspired by her first appearance in the NFL broadcast booth.

Everyone saying Beth Mowins is good. You didn’t know that before this game?

earnest tweet alert: been watching the NFL since I was a little girl, and seeing @bethmowins up there makes my heart sing

Mowins received an outpouring of support from her ESPN colleagues.

Right off, I’m locked in on @bethmowins and Rex. I think Beth and Rex will be a great team. Feels right.

But she also got love from reporters at other networks, like Tracy Wolfson from CBS and Melissa Knowles from HLN, which is owned by the same company as CNN.

Listening to Beth Mowins I can’t help but envision how many other girls are watching, “saying that’s what I want to do”!#breakingbarriers

Mowins didn’t address her trailblazing moment, but she did post a photo encouraging a girl to follow in her footsteps.

Mowins also received a lot of support on Twitter generally, but the reaction wasn’t uniformly positive. Some people said they were watching the game on mute or said they found her irritating.

In an interview with CNNMoney before the game, Mowins said she wasn’t concerned with critics on social media.

“I do understand people are probably watching a little more closely because you are a woman, but I’m much more interested in just going out and trying to prove myself,” she said.