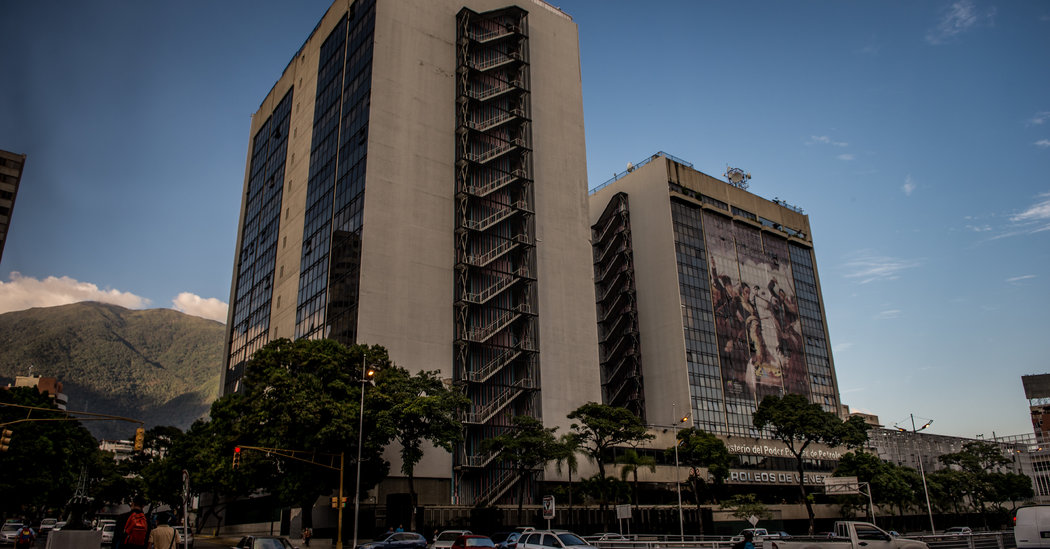 Millions of dollars have been siphoned from Venezuela’s state oil company into a small bank almost 6,000 miles away, in Bulgaria, officials there said on Wednesday as they disclosed an investigation into suspected money laundering.

The Bulgarian government has frozen accounts at the bank, and is looking into accounts at other institutions as well, the officials said at a news conference in the capital, Sofia. But much of the money wired from Venezuela, they said, has already been transferred to accounts outside of Bulgaria.

United States authorities tipped off the Bulgarians to the transfers from Petróleos de Venezuela, or Pdvsa, the state oil company, American and Bulgarian officials said. The Trump administration, which is trying to force President Nicolás Maduro from power amid a deepening political crisis, recently imposed economic sanctions on the company.

Dimitar Georgiev, the head of the State Agency for National Security, said of the amounts involved, “We can’t be exact, but millions of euros.”

Officials declined to name the bank, which they described as small, or to say how many people were involved in the transfers. On the Bulgarian end, they said, was a lawyer’s trust account, under which sub-accounts were created on behalf of third parties.

Some of the money transfers from the Bulgarian bank listed purposes — like sponsoring a sports federation in Venezuela or making food purchases — that officials in Sofia said were fictitious. They said the Bulgarian accounts were established by a person, whom they did not name, who holds citizenship in Bulgaria and in other countries, but who was not currently in the country.

Neither Pdvsa nor the government in Caracas offered immediate comment on the disclosure in Bulgaria.

The announcement followed a meeting between Bulgarian officials, including Prime Minister Boiko Borisov, and Americans, including the ambassador to Sofia, Eric Rubin.

“The subject of the discussion, among other things, was the critical need to stop the illegal transfer of funds to support the illegal authorities in Venezuela,” Mr. Rubin told reporters. “Our government is working very closely with Bulgaria and other members of European Union to ensure that the wealth of the people of Venezuela is not stolen.”

The news came amid a tense standoff in Venezuela, where Mr. Maduro remains in power despite international pressure. The United States and dozens of other countries have recognized the opposition leader, Juan Guaidó, as the interim president.

Mr. Maduro claimed re-election last year in a vote that was marred by fraud. Last month, the opposition-controlled National Assembly declared the election and Mr. Maduro to be illegitimate.

The Venezuelan economy, beset by unemployment, hyperinflation and severe shortages, has shrunk by half since 2013, and millions of people have fled the country. The Trump administration squeezed the Maduro government further with the sanctions imposed last month on Venezuelan’s oil company, but the pain is also being felt by ordinary Venezuelans.

For generations, the national oil company was a pillar of the economy in Venezuela, a country that has among the world’s largest oil reserves, and it financed many of the spending programs under Mr. Maduro and his predecessor, Hugo Chávez.

But Pdvsa has been battered by lack of investment, cronyism, mismanagement, corruption and the emigration of experts. In the past five years, the country’s crude oil production has fallen by about half, and so has the price of oil — a double blow to the government and the national economy.

Money-laundering and embezzlement allegations have swirled around Pdvsa. Opposition politicians contend that as much as $30 billion has gone missing from the company in recent years.