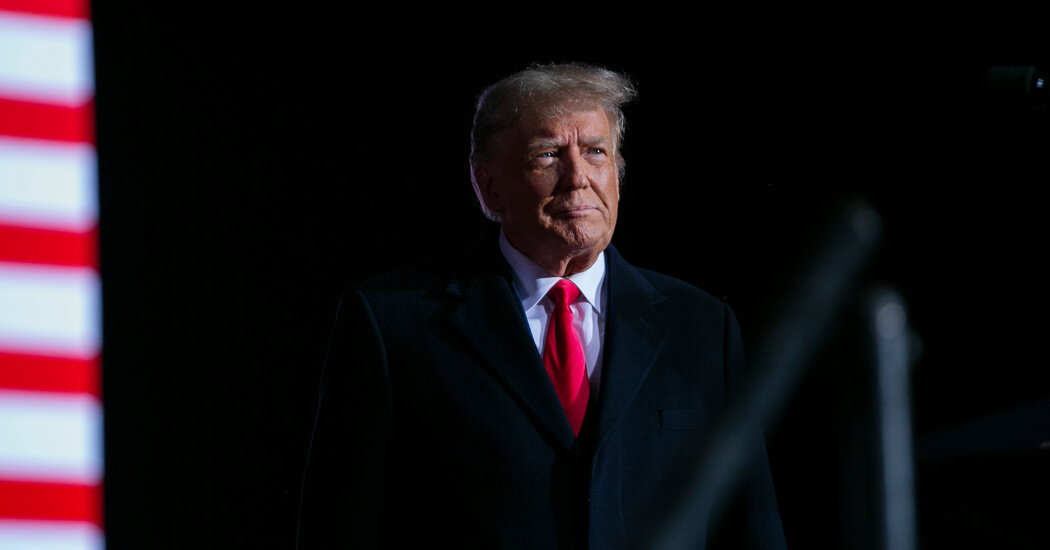 Just over two years after Donald J. Trump’s accounts were suspended from Facebook and Instagram, Meta, the owner of the platforms, said on Wednesday that it would reinstate the former president’s access to the social media services.

Mr. Trump, who had the most followed account on Facebook when he was barred, will in the coming weeks regain access to his accounts that collectively had hundreds of millions of followers, Meta said. In November, Mr. Trump’s account was also reinstated on Twitter, which had barred him since January 2021.

Meta suspended Mr. Trump from its platforms on Jan. 7, 2021, the day after hundreds of people stormed the Capitol in his name, saying his posts ran the risk of inciting more violence. Mr. Trump’s accounts on other mainstream social media services, including YouTube and Twitter, were also removed that week.

But Meta, which critics have accused of censoring Mr. Trump and other conservative voices, said on Wednesday it had decided to reverse the bans because it had determined that the risk to public safety had “sufficiently receded” since January 2021. The company added that it would add guardrails to “deter repeat offenses” in the future.

“The public should be able to hear what their politicians are saying — the good, the bad and the ugly — so that they can make informed choices at the ballot box,” said Nick Clegg, Meta’s president of global affairs. “But that does not mean there are no limits to what people can say on our platform. When there is a clear risk of real world harm — a deliberately high bar for Meta to intervene in public discourse — we act.”

Understand the Events on Jan. 6

Meta has been at the center of a debate over free speech online and who should have the power to decide what can be posted and what needs to be removed. The banning of Mr. Trump’s accounts was a stark demonstration of the clout of social media platforms and whether they have too much control and influence over public discourse online.

It is unclear whether Mr. Trump, who is seeking the White House again in 2024, will again become active on Facebook and Instagram. He has started his own social network, Truth Social, in which he has a financial stake and where he is obligated to make his posts available exclusively for six hours before he can share them on other sites, according to a filing with the Securities and Exchange Commission. Mr. Trump can post to any site immediately if the messages pertain to political messaging, fund-raising or get-out-the-vote initiatives.

Mr. Trump has not posted on Twitter since the platform reinstated him in November. Truth Social is currently the only social network on which Mr. Trump is active. YouTube has not said whether it will allow the former president back on the platform.

Truth Social didn’t immediately respond to a request for comment.

When Meta barred Mr. Trump in January 2021, Mark Zuckerberg, the company’s chief executive, said the president’s use of Facebook to “condone rather than condemn the actions of his supporters at the Capitol building has rightly disturbed people in the U.S. and around the world.”

The company removed several of Mr. Trump’s posts regarding the Capitol riot and froze his accounts initially for a period of 24 hours. That was soon extended to “indefinitely.”

Meta has since struggled to explain its process for removing Mr. Trump, or its policies that have separate standards for public figures who violate its rules. Critics have assailed the company for having double standards around certain high-profile figures, saying the biggest decisions largely rested on the whims of Mr. Zuckerberg.

In June 2021, Meta said it would suspend Mr. Trump from its services for at least two years. It also said that it was seeking the input of its Oversight Board, an external body made up of international experts, academics and former politicians, to review the decision to ban Mr. Trump.

In October 2021, the Oversight Board found that Mr. Zuckerberg was right to suspend Mr. Trump’s account, but it said the company needed to decide on a specific amount of time for that suspension.

The board said an indefinite suspension for Mr. Trump was “not appropriate” because it was not a punishment clearly set out in Facebook’s user rules. In its ruling, the board asked the company to create clearer guidelines and effectively kicked the decision of how to handle Mr. Trump’s accounts back to Meta’s executives.

Though Mr. Clegg has built out a process and team to handle those matters, the buck still stops with Mr. Zuckerberg’s approval.