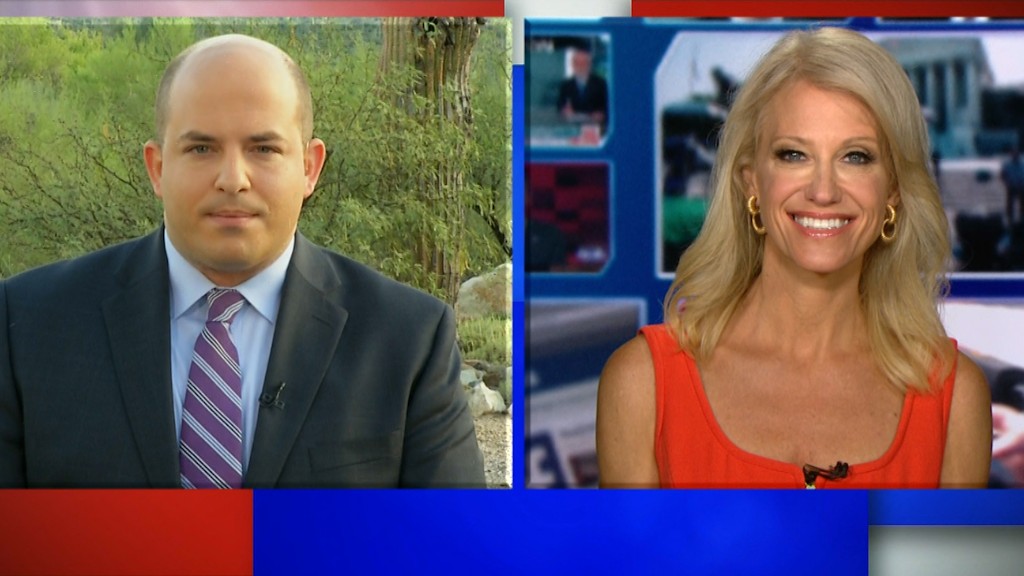 Matt Drudge has been in the White House an awful lot these days — “all the time,” as one senior administration official puts it. He’s met with President Donald Trump, spent time with Ivanka Trump, and doled out advice to Jared Kushner.

That he’d have influence in the Trump White House should not be all that surprising. The internet news tycoon, who founded and edits the Drudge Report, the narrative-setting conservative news website, has been one of Trump’s most ardent supporters since Trump announced his candidacy. He boosted him through the contentious Republican primaries, helped him defeat Democratic presidential candidate Hillary Clinton by galvanizing the GOP base, and, for the better half of his young presidency, has stayed in sync with the White House’s talking points.

But Drudge is blindly loyal to no one — which could, ultimately, make him as dangerous to this White House as he has been helpful to it.

Indeed, lately Drudge has appeared irked by Trump and his White House, frustrated with the president’s inability to carry out the ambitious agenda he campaigned on. And he’s not being shy about it.

Over the past several weeks, Drudge’s website has covered the White House with a more critical eye, more frequently drawing attention to news not exactly flattering to the president. It displayed as a banner headline a story about Trump certifying the Iran nuclear deal, something that Trump had vehemently opposed during the campaign. It has covered stories about the investigation into Russian election meddling with increased intensity, surprising some observers with recent banners about “THE EMAIL” and how “RUSSIANS PASSED DNC DIRT DURING JR. MEET.” And, last week, the site took a direct shot at the president’s lack of progress with a banner declaring former President Barack Obama to be “LIVING EASY.” It linked to a Los Angeles Times story headlined, “Trump set out to uproot Obama’s legacy. So far that’s failed.”

The recent coverage has served as a red flag — or a flashing siren, if you will — to those who frequent the Drudge Report. Drudge hasn’t turned definitively against Trump yet, and he didn’t respond to a request for comment for this story, but according to two people close to him, he is certainly antsy with the rate of progress coming from the White House.

“He’s growing impatient,” one of the people close to Drudge told CNNMoney. “Drudge takes some credit, I think, for getting Trump elected into the White House and he expected him to follow through on the promises he campaigned on. Look, it’s not going well so far. Some of it is, but for the most part it’s trouble. Drudge can see that. He’s not blind to reality.”

The other person close to the reclusive publisher told CNNMoney that it “seems like Matt is starting to get a bit miffed.”

“Drudge may have helped Trump win the White House, but he’s never beholden to anyone,” the person said. “What’s gnawing at him now is that Trump is not following through on his campaign promises — the ideals that helped him win and also brought Drudge’s backing.”

Drudge is one of the most mysterious individuals in the news media. He is rarely seen in public and is frequently traveling, operating almost entirely outside the traditional New York City and Washington, DC, media apparatus. Reporters and political strategists email him tips, knowing full well that it’s unlikely their message will yield a personal response. And he keeps company with few, exiling those who disclose details of their relationship with him.

“I think you’ll find that if one talks about Drudge, one has lost a friend,” Lucianne Goldberg, a conservative blogger and literary agent who says she is friendly with the news mogul, but hasn’t seen him in more than a decade, told CNNMoney.

But despite his reclusive nature, Drudge wields enormous power, often influencing or even creating news cycles. In the conservative media universe especially, Drudge reigns as king. His website sets the agenda and works as a gravitational force that draws other media outlets to his preferred narrative.

It’s not uncommon for Drudge to link to a story on his website and then see it jump to the airwaves of Fox News or into the mouth of an elected official. He counts individuals like Rush Limbaugh and Sean Hannity, both of whom have sizable microphones, among his readers. Hillary Clinton’s staff at the State Department even kept tabs on his website, scanning the page to detect potential public relations headaches, according to emails released by the agency in 2015.

But it’s not just insiders whose eyes are trained on his page. According to Quantcast, a technology company that measures website audiences, the Drudge report pulled in 17.8 million global uniques over the 30 days ending July 25, and 138.6 million visits, for a total of 751.8 million views.

As a link aggregator, the Drudge Report rarely publishes original news content — though when it does, it’s often a big scoop. Instead, it delivers enormous volumes of traffic to other news organizations. On Monday, Drudge even boasted about the traffic he sends to other news organizations, tweeting a study from Parse.ly, a data analytics firm, that showed the Drudge Report closing in on Twitter for providing websites with the most referral traffic. The traffic that one can reap from a link on the Drudge Report creates incentives for reporters and outlets to publish content he might like in the hope it will get linked. News professionals of all political stripes send their stories to Drudge, praying for a link.

In effect, Drudge is an assignment editor for members of the news media — and since the 2016 campaign commenced he has made it clear he is favoring a pro-Trump narrative. Stories favorable to Trump have been given prominent links on his page. Stories that reflect poorly on Trump have often been ignored.

At least, until recently.

Drudge hasn’t just bathed the president in a sea of positive headlines. He’s also been giving advice to Trump and his closest aides.

During the campaign, Drudge frequently spoke with and doled out advice to Jared Kushner, Trump’s son-in-law, according to a person familiar with their conversations. The person told CNNMoney that Drudge was one of the first individuals Kushner would call for advice, and that Drudge was more than happy to give it. A spokesperson for the White House did not return multiple requests for comment.

“I know that he talks to a lot of people in the White House and he is very well listened to,” said another person who is close to Drudge. “If the visitor logs had come out, nobody would be surprised that he is a regular visitor.”

Which should make it all the more troublesome for the White House that the tone of the coverage on his website has seemed to shift in recent days. Drudge has been an unabashed Trump supporter. But he wants to see results.

“I think we would respect [Trump] if he got serious things done,” he told conservative radio host Michael Savage in a rare interview earlier this year. “And the end result: You judge the tree by the fruit.”

So far, there hasn’t been much fruit produced by this White House — and the Drudge Report has begun to call attention to that.

“Drudge smells smoke and maybe sees some fire and he is trying to figure out this: Does he put the fire out? Can the fire be put out? Or does he put himself in the position to pour kerosene on the fire and take advantage of that? So basically, Drudge is trying to figure out if he is the fireman or the arsonist,” said conservative columnist John Ziegler, who was an occasional guest host on Drudge’s old radio show, though they were not very close. “He hasn’t figured out what the end game is.”

“Drudge above everything is a capitalist who loves chaos. He’s not a conservative. He is not really an ideologue,” continued Ziegler. “He loves the story. He needs the next chapter. He wants traffic. And he wants this to come out in a way that’s good for him. I sense he is trying to have it both ways right now. He’s acknowledging now there’s a fire. That’s I think the main thing.”

Throughout his career, Drudge has made it clear he will turn on politicians whom he has supported if he feels they have not delivered. The Drudge Report was a former cheerleader of House Speaker Paul Ryan, but now jumps on every chance it gets to humiliate the Wisconsin Republican. Texas Sen. Ted Cruz once received glowing coverage from the outlet. But by the end of the 2016 Republican primaries, after he’d come in for harsh coverage while competing with Trump for the GOP nomination, he was decrying it as an “attack site.”

Thus far, despite a wave of critical news coverage from legacy news outlets, Trump has maintained the support of his base. Traditional media simply hasn’t been effective at penetrating the media universe these voters live in. But that universe is the one over which Drudge rules.

“It is his base that will determine whether or not he survives,” Ziegler said. “If conservative media outlets start attacking him, it could be over. And Drudge is definitely a bellwether. There’s no question about it.”