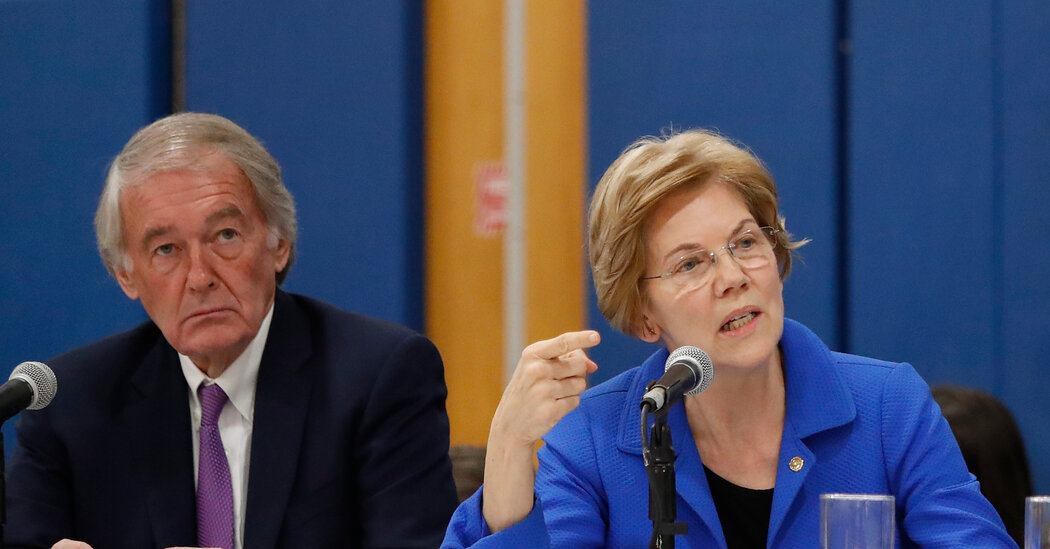 Senators Edward J. Markey and Elizabeth Warren, Democrats from Massachusetts, said Friday that they had backed out of a virtual conference hosted by The Boston Globe earlier in the week in solidarity with the journalists’ union there, which is in a yearslong dispute over a new labor contract.

Mr. Markey and Ms. Warren were scheduled to participate in panels on Wednesday as part of their home-state newspaper’s conference, titled Globe Summit 2021: The Great Recovery, according to an archived schedule.

A spokeswoman for Ms. Warren said Friday that her team had informed The Globe that she no longer wished to be in the conference, which was to have featured a discussion of corporate activism between Ms. Warren and the chief executive of the Ben & Jerry’s ice cream company.

“Senator Warren has never crossed a picket line and has stood with the Boston Newspaper Guild in their fight,” the spokeswoman, Nora Keefe, said. “We are hopeful that a fair contract with better wages and stronger workplace protections can be reached and urge both sides to continue negotiating in good faith.”

In a guild news release on Friday, Mr. Markey said, “I urge The Boston Globe management to negotiate and settle a fair contract with workplace protections for these workers without further delay.” The senator, a co-sponsor of the Green New Deal legislation, was to have sat on a panel about “a greener, more equitable economy” with the Globe reporter Sabrina Shankman.

Heidi Flood, a Globe spokeswoman, declined to comment on the senators’ absence. “The Globe summit has been an incredible opportunity for us to showcase our journalism with a national audience,” she said.

The last contract between the Boston Newspaper Guild and The Globe expired at the end of 2018. A significant sticking point in negotiations over a new contract, according to the guild, is The Globe’s desire to codify its ability to outsource journalistic functions.

“We’re so grateful that our elected leaders see the importance of keeping The Boston Globe’s reporting local — and not outsourcing these jobs to faraway locations,” Scott Steeves, the president of the guild, said in a statement.

The Globe is one of the last major metropolitan dailies with independent local ownership. John W. Henry, who also owns the Boston Red Sox and the English soccer team Liverpool, bought the newspaper in 2013 from The New York Times Company as part of a $70 million deal. Last year, Mr. Henry’s wife, Linda Pizzuti Henry, a co-owner of The Globe, became chief executive of Boston Globe Media Partners, which also publishes the health news website Stat.

The Globe Summit was scheduled to conclude Friday afternoon with a panel about the newspaper’s Spotlight team, which is celebrating its 50th anniversary this year. The investigative group famously won the 2003 Pulitzer Prize for public service for uncovering sexual abuse in the Roman Catholic Church, an effort depicted in the 2015 film “Spotlight.”