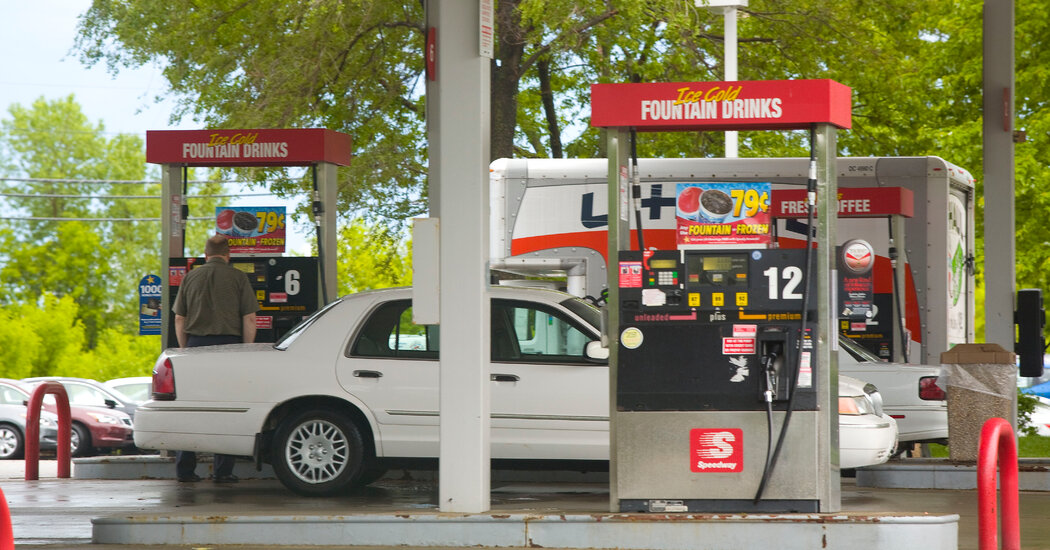 HOUSTON — Marathon Petroleum, the largest U.S. independent refiner, announced on Sunday that it had sold its Speedway gas station chain to the Japanese retail group Seven & I Holdings for $21 billion in cash.

The sale of Speedway, one of the country’s largest convenience store chains with nearly 4,000 outlets, is the biggest corporate deal in the oil sector since the coronavirus slashed demand for fuel early this year.

With the addition of Speedway, Seven & I’s 7-Eleven chain will have around 14,000 stores.

Marathon Petroleum, based in Ohio, has been struggling financially and has shuttered operations in two refineries. It had been seeking to spin off Speedway for months. Negotiations between Marathon and Seven & I had stumbled earlier this year over price.

Marathon praised the deal in its announcement as a step forward in its efforts to shore up its finances and stave off pressure from activist investors seeking to dismantle the company.

Marathon said it expected the deal to bring in $16.5 billion in after-tax cash proceeds, much of which would go to paying down debts and to support dividend payments. Included in the deal is a 15-year agreement in which Marathon would provide 7.7 billion gallons of petroleum a year to the gasoline station chain. Marathon said it expected the deal to close in early 2021 after review by antitrust officials.

The spin-off underlines the current turmoil in oil refining. Struggling with lower sales, Marathon announced last week that it would not restart two refineries in New Mexico and California that it had idled in April.

Its refinery in Martinez, Calif., was under particular pressure because of California’s tight environmental specifications, and it will be converted into a terminal facility. The Gallup plant, New Mexico, was hurt by a small local market and high costs.

Both gasoline and diesel sales have recovered some in recent weeks, but jet fuel sales are severely depressed and there is no sign of a recovery for at least another year, analysts say.