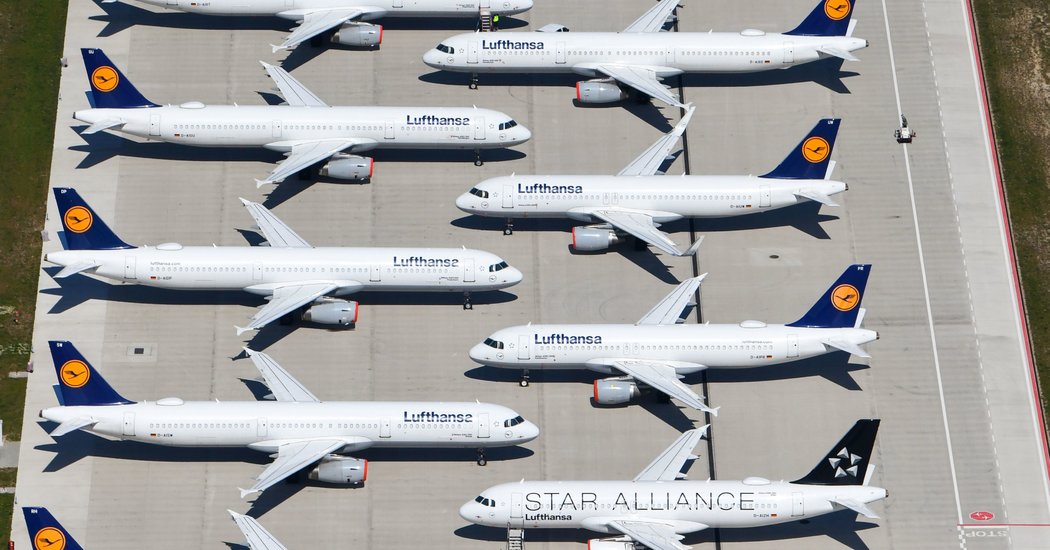 Lufthansa will receive a bailout worth 9 billion euros, or $9.8 billion, to help the airline survive an “existential emergency” caused by the pandemic and a virtual shutdown of passenger air traffic, the German government said Monday.

The agreement, reached after several weeks of negotiations, will give the government part ownership of the airline for the first time since it was privatized in 1997.

Berlin will take a 20 percent stake and two seats on Lufthansa’s 20-person supervisory board. In the event of a takeover attempt, the government can raise its stake to 25 percent, which would allow it to veto a deal.

The anti-takeover provision of the bailout plan reflects fear in Europe that foreign investors, for example from China, will take advantage of depressed stock prices to buy up crucial companies.

About one-third of the bailout will be in the form of loans, chiefly from KfW, a government-owned development bank. The bailout requires approval from the European Commission.