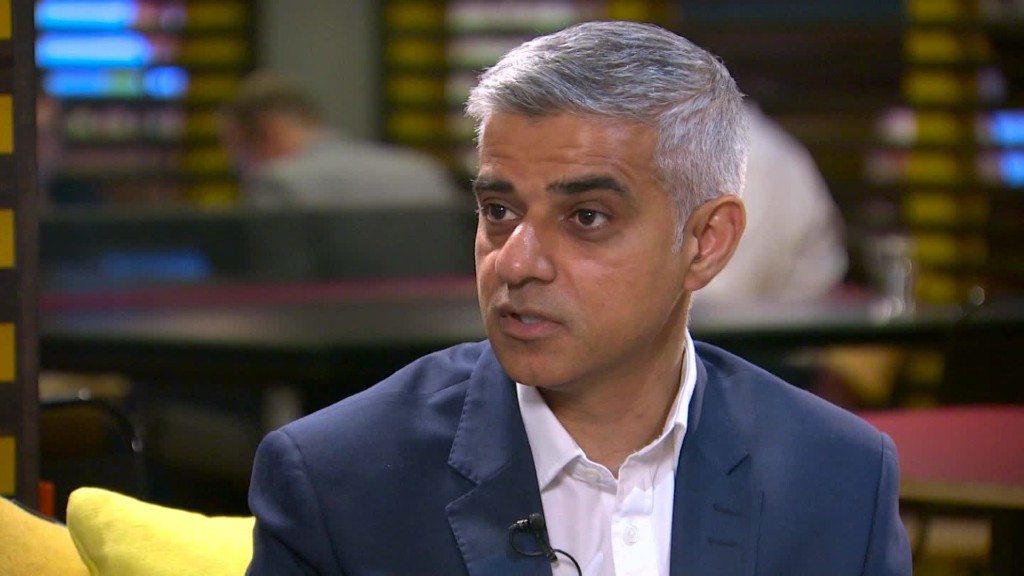 The foundations of London’s economy are beginning to shake.

Job creation has weakened and real estate has cooled in the capital city as Britain prepares to leave the European Union, according to a report Tuesday from the Centre for London.

“While no-one knows how Brexit will play out, this new analysis suggests that London’s economy is beginning to wobble,” said Ben Rogers, director of the think tank.

London makes up roughly 13% of the U.K. economy, and it’s a magnet for immigrants who work in the finance and tech industries.

But leaving the EU threatens much of what makes London an economic powerhouse.

The city’s unemployment rate is at a record low of 5.5%. But the report found that job creation rates have slowed, “suggesting London’s post-recession bounce may have come to an end.”

There was a sharp drop in foreigners registering to work. The number of people signing up for a National Insurance number, which is needed for work, fell by 15% last quarter in London.

“The significant fall in National Insurance number registrations, especially for those coming from elsewhere in the EU, is the first hard data showing that migration for work purposes to the U.K. is slowing,” said Jonathan Portes, a professor at King’s College London.

The city’s supercharged housing market has also cooled: London home price growth peaked at 14% in early 2016, but has since lost much of its upward momentum.

The worst could be yet to come.

Many big financial firms including JPMorgan Chase (JPM), UBS (UBS), HSBC (HSBC) and Goldman Sachs (GS) have said they’ll move jobs, investment or both out of the U.K. due to Brexit.

London mayor Sadiq Khan, who campaigned against Brexit, told CNNMoney on Monday that he understands businesses want certainty. But he noted that some big firms are still investing.

He cited Snapchat (SNAP) and Google (GOOGL, Tech30) as two big-name companies that announced plans for new London-based offices in the months after the EU referendum.

Data published in late June confirmed the U.K. economy grew just 0.2% in the first three months of the year, cementing Britain’s position as the slowest growing economy in the EU.

Brits are saving the smallest share of disposable income in over 50 years. Credit card borrowing is at record highs. Wages are stagnating and consumer confidence is crashing.

A recent Visa (V) report shows consumer spending in the U.K. fell for the second month in a row in June, rounding off the worst quarter since 2013.

Meanwhile, rising prices are hurting people’s buying power. Inflation surged to a recent high of 2.9% in May before moderating slightly in June.

Related: Is the U.K. headed for a recession?

For London, there is at least one bright spot beyond tech. Tourism is booming thanks to a big drop in the value of the pound since the Brexit referendum.

About 4.5 million tourists came to London in the first quarter of 2017, up nearly 16% compared to the previous year, according to data from the city’s promotional department, London & Partners.