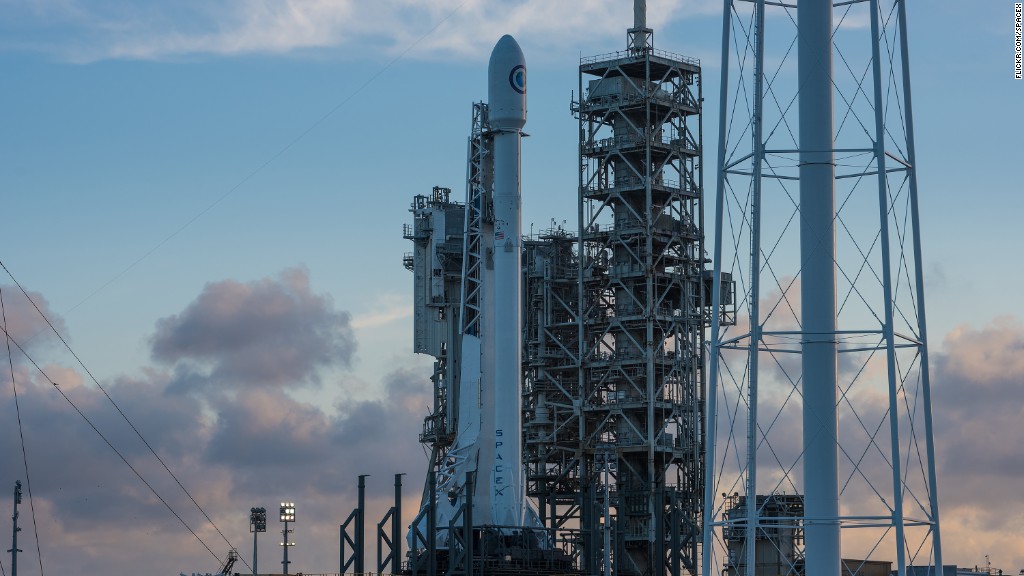 Lockheed Martin is spending big money to build the next generation of satellites.

The defense and aerospace company announced Wednesday that it has started building a $350 million facility on its Waterton Canyon campus near Denver, Colorado. It’s a new 266,000-square-foot “factory of the future” that Lockheed Martin (LMT) says will allow it to make satellites faster and for less money.

The company is a stalwart presence in the satellite and space industries. Right now, for example, it’s making GPS III satellites for the U.S. Air Force and a Mars lander for NASA.

But it’s touting the new campus, which will be finished in 2020, as a big leap forward. One reason is because the facility will bring key parts of satellite production under one roof.

After it builds a satellite, Lockheed Martin needs to test the technology in a special thermal vacuum chamber that simulates the unforgiving conditions in space. Right now it takes about two days to move a freshly constructed satellite to a testing location, according to spokesman Matt Kramer.

That move will take about an hour at the new facility, he added.

“This is our factory of the future: agile, efficient and packed with innovations,” said Rick Ambrose, the executive vice president of Lockheed Martin Space Systems, in a news release. “We’ll be able to build satellites that communicate with front-line troops, explore other planets, and support unique missions.”

The company says the building will have enough room to build a range of satellites both big and small.

Ambrose bragged about the new construction bay in his statement, which he said could fit the Space Shuttle with “room to spare.” It is large enough to build five of Lockheed Martin’s biggest satellites, which can be more than 20 feet tall, all at the same time.

Lockheed Martin expects it will employ about 1,500 construction contractors over the three-year building phase.

Related: Can Airbus bring cheap internet to the world?

The Maryland company has already been boosting its ranks of engineers and support staff at the Colorado-based space division, having added around 750 jobs since 2014. It says the new building will “accommodate that recent growth and new future projects.”

Lockheed Martin might be a giant in the space business, but other companies have grown in recent years to create a tougher and more crowded industry.

The aircraft manufacturer Airbus (EADSF) recently joined forces with a Florida startup called OneWeb in an effort to send small satellites into orbit starting next March. The project, which the companies hope will deliver the internet around the globe, also nabbed a $1 billion investment from Japan’s SoftBank (SFTBF).

And then, of course, there’s Elon Musk. SpaceX — the tech billionaire’s private space exploration company — has for years been working on a plan to launch thousands of small satellites into space to improve internet service. Those satellites could start launching as early as 2019, according to media reports.