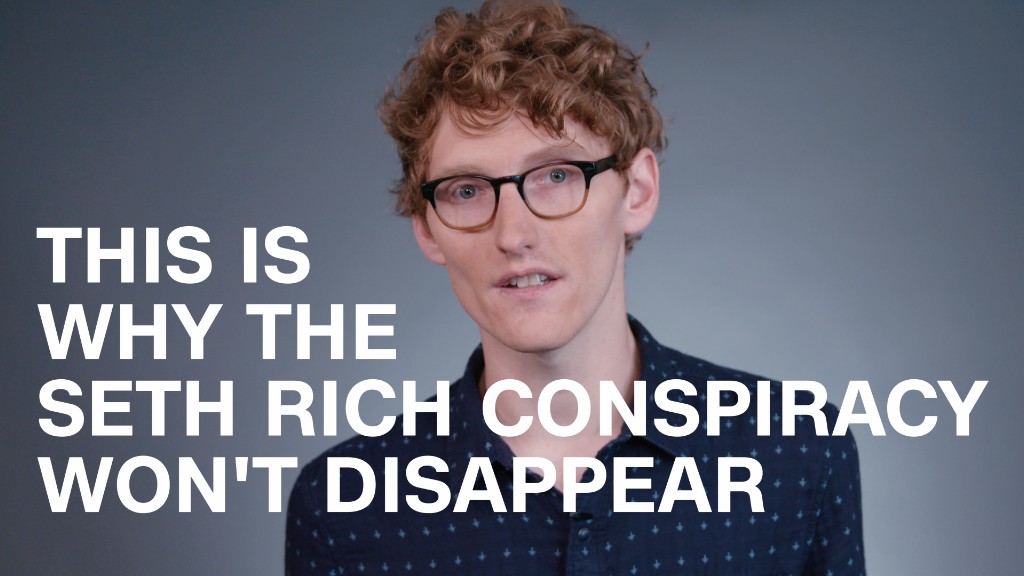 The White House worked with Fox News and a wealthy Republican donor to push a story about the murder of Democratic National Committee staffer Seth Rich, according to an explosive lawsuit filed Tuesday.

The story was pushed in an attempt to discredit the US intelligence community’s determination that Russia hacked the Democratic National Committee and obtained the emails released by Wikileaks, the lawsuit said.

The lawsuit, which was first reported by NPR, was filed in US District Court in the Southern District of New York. The plaintiff is Rod Wheeler, a Fox News contributor and former homicide detective hired to investigate Rich’s death, who alleges that he was misquoted as part of the effort to put the story together. Douglas Wigdor, who is representing current and former Fox employees in other lawsuits against the network, is Wheeler’s lawyer.

The lawsuit says in part, “The motivation behind the article: establish that Seth Rich provided WikiLeaks with the DNC emails to shift the blame from Russia and help put to bed speculation that President Trump colluded with Russia in an attempt to influence the outcome of the Presidential election. … Zimmerman, Butowsky and Fox had created fake news to advance President Trump’s agenda. Mr. Wheeler was subsequently forced to correct the false record and, as a result, lost all credibility in the eyes of the public. Mr. Wheeler has suffered irreparable damage to his reputation and his career will likely never recover.”

Butowsky told CNN that “the lawsuit is bulls**t” and said “Wigdor pulled this out of his butt to make money.”

Included in the lawsuit is a text message from Butowsky to Wheeler in which Butowsky writes, “Not to add any more pressure but the president just read the article. He wants the article out immediately. It’s now all up to you. But don’t feel the pressure.”

Butowsky told CNN that this message was a joke referring to what he said was Wheeler’s desire for a job with the Trump administration. “This was Rod and I,” Butowsky said. “We teased all the time. We were basically telling him you are doing a great job and that the president or the White House or somebody would be interested in meeting you.”

A spokesperson for the White House did not immediately respond to a request for comment. Reached for comment, a Fox News spokesperson pointed CNN to a comment that Jay Wallace, the network’s president of news and editorial, gave to NPR in which he said an investigation found no “concrete evidence” Wheeler was misquoted.