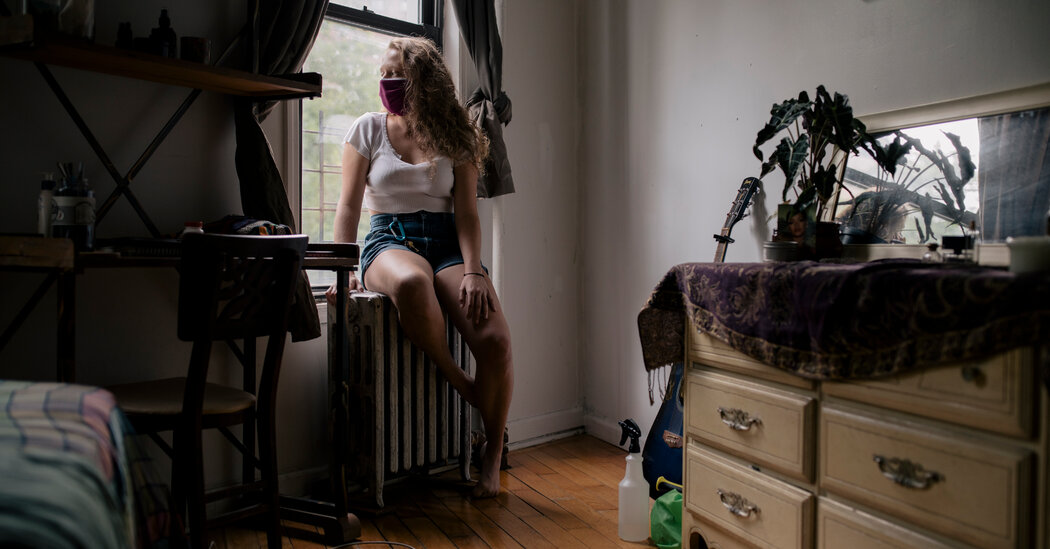 After coronavirus-related lockdowns forced dining establishments in New York to close in March, Hannah Lane, 24, was laid off as a server in a popular Gramercy Park restaurant where she made about $60,000 a year.

Her girlfriend, also a restaurant worker, was laid off on the same day. Both applied for unemployment benefits, and although her girlfriend began receiving them right away, Ms. Lane’s payments did not arrive for more than two months. They struggled to scrape together the $1,400 rent for their room in a Bushwick, Brooklyn, apartment that they share with another roommate, and mostly subsisted on rice and beans to cut food costs.

Then, in early July, as New York allowed restaurants to open for indoor dining, Ms. Lane was recalled to her job.

“I went back into work, clocked in, went back on payroll, the whole nine yards,” she said.

She had spent just one day there when Gov. Andrew M. Cuomo reversed course and prohibited dining inside restaurants. Ms. Lane was laid off again, and found herself back on unemployment and looking for work. Her search continues. And now, without the $600-a-week federal supplement that expired last week, her unemployment pay will come to $401 after taxes.

“It’s really disheartening to watch Congress bungle this,” she said. “The taxes we’re paying on our unemployment checks pays their salaries. So we’re paying them while they decide which crumbs to give us. We’re totally powerless.”