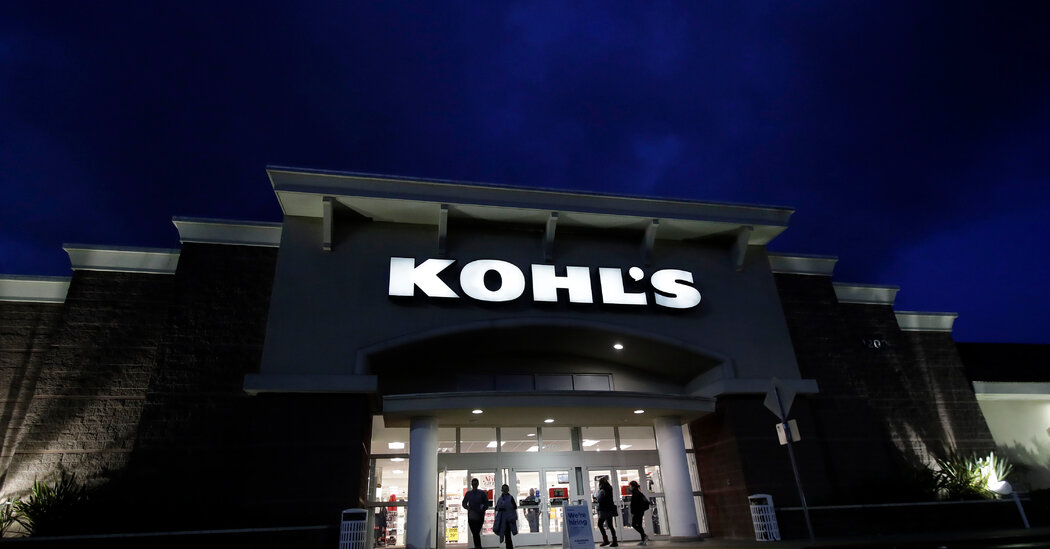 Kohl’s is in late-stage talks to appoint Tom Kingsbury as its permanent chief executive, after the departure of Michelle Gass to Levi’s last year, according to two people familiar with the situation who spoke on the condition of anonymity because no final decision had been made.

Mr. Kingsbury, who is the company’s interim chief executive, did not respond to a request for comment. “We do not comment on rumors or speculation,” Jen Johnson, a spokeswoman for Kohl’s, said.

The people familiar with the situation said an announcement was not expected this week.

Mr. Kingsbury would be appointed at a critical time for Kohl’s, which has faced scrutiny from activist investors and concluded a sales process last year without selling itself. Its core shoppers — middle-income Americans — have seen their savings squeezed because inflation has led to higher prices on a range of goods. Subsequently, they have pulled back on buying discretionary items like apparel.

In November, Kohl’s withdrew its full-year guidance for 2022, citing uncertainty around the economy and departure of Ms. Gass. Net sales for its third quarter fell about 7 percent from a year earlier. The retailer has not yet announced how its business performed during the crucial holiday season. Shares of the company are down nearly 50 percent over the past year.

Peter Boneparth, the chairman of Kohl’s, said in November that the company would like Ms. Gass’s replacement to focus on improving sales and better tying together the in-store and digital shopping experiences, developing brands and building out the Sephora shop-in-shop partnership, which the company has said it hopes will bring in $2 billion in annual sales by 2025.

Mr. Kingsbury has been on the Kohl’s board since 2021, when he joined as part of an agreement with the activist investor Macellum. His four decades of retail experience include running Burlington Stores for a little over a decade, through 2019.

In a November analyst note, the research firm Morningstar wrote that Kohl’s might be able to avert possible further pressure from activists — including demands for a board seat — if it named Mr. Kingsbury the permanent chief executive.

“He’s highly regarded and an exceptional operator with a keen focus on inventory management,” Mr. Boneparth said in November, before referring to the retailer’s headquarters in Wisconsin. “Tom is no stranger to Kohl’s. He calls Milwaukee home.”