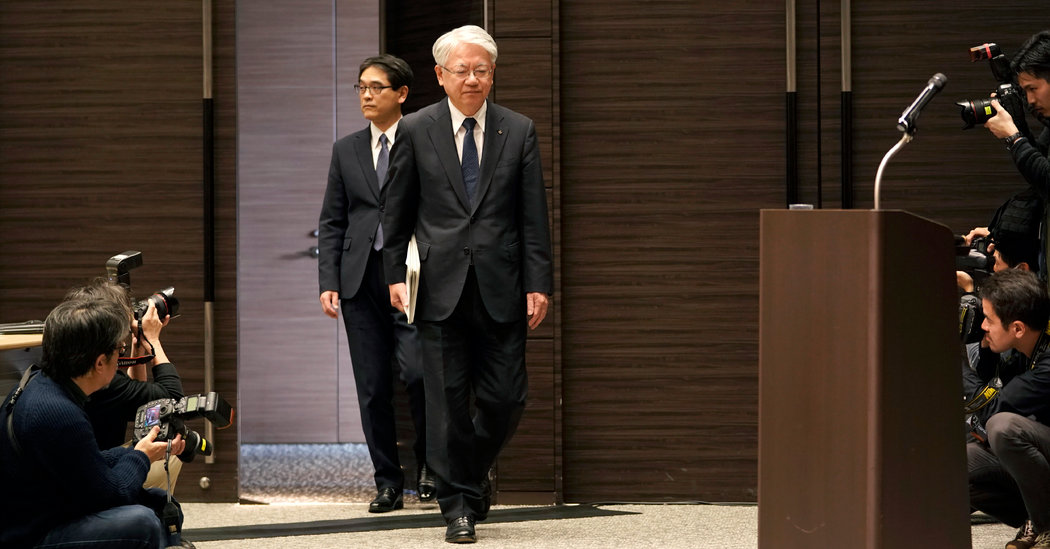 No deaths or injures have been blamed on the Kobe Steel products at the center of the data falsification scandal, which primarily involved employees saying incorrectly that products met the company’s own lofty safety claims. Customers like Toyota and Honda have said they have not found any safety issues related to the company’s products.

Nevertheless, the scandal shook manufacturers in a country that has long enjoyed a reputation for precision and dependability. When Kobe Steel made its disclosures, confidence in Japan’s manufacturing industry had already been shaken by disclosures that Mitsubishi Motors and Suzuki Motor had cheated on fuel economy tests.

After Kobe Steel admitted its quality lapses, Mitsubishi Materials, another major supplier to a number of major Japanese companies, said its workers had falsified inspection data on components that went into cars and planes. Nissan and Subaru, both major automakers, said last year that their employees had improperly conducted safety inspections for cars sold in Japan.

Government officials have admitted that the disclosures tarnished Japan’s reputation for quality and promised to take steps to restore it. The United States Department of Justice has begun a review of the safety scandal, while Kobe Steel lost some international certifications that allowed it to sell products to certain customers.

In the case of Kobe Steel, the fake data scandal appears to have been wider than it had originally said in October, when it first disclosed the problems. The company said on Tuesday that it had identified 163 additional customers that purchased products affected by the fake data scandal, bringing the total to 688. More than 90 percent of the sales have been verified safe, with inspections pending on the rest, it said.

Mr. Kawasaki, the departing chief executive, told the news conference that the company so far did not believe that any products needed to be replaced or recalled. But he acknowledged that the scandal had rocked major customers, after a reporter asked about nuclear power projects that were halted while workers conducted safety inspections.

“Again, we feel very sorry for causing big problems, such as safety verification, production adjustments and misconduct, to customers and clients,” he said. “We would make an all-out effort to complete the remaining safety verifications swiftly and sincerely, and seriously take prevention measures.”

In a report issued on Tuesday, Kobe Steel said the scandal had stemmed from a companywide focus on profitability that led workers to accept orders despite production limits. It also said a strong degree of autonomy among its business units had led to an insular outlook within divisions and weakened the ability of headquarters to ensure that the company was capable of meeting its own quality claims.

Kobe Steel said the falsifications went back years. While it largely blamed its inspection staff, it also said some executives in its aluminum and copper business had been aware of the problems but failed to report them.

In one case, it said, a former senior executive who once worked in an aluminum factory in Yamaguchi prefecture had been involved in falsification since the 1970s. The executive, whom the company did not identify, was also aware that his successors had continued the misconduct.

To fix the problems, the company said, it will appoint more outside directors and experts and toughen its safety practices. It will also designate October as the “Core Value of Kobelco” month, referring to Kobe Steel’s brand name, “to keep remembering the lessons learned from the past compliance incidents.”