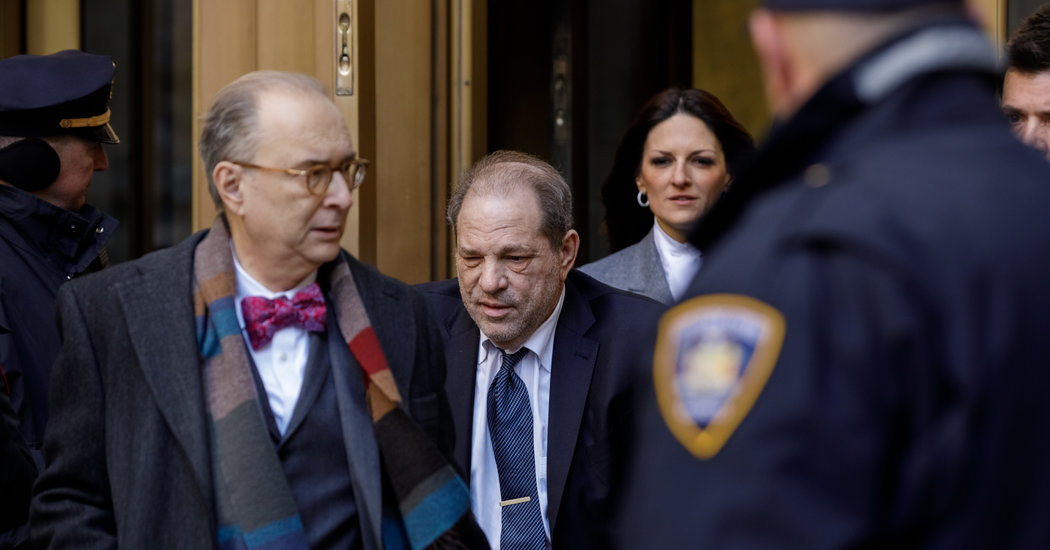 A federal judge on Tuesday upended a $25 million proposed civil settlement between Harvey Weinstein, his former film company, and dozens of women who have accused him of sexual harassment and misconduct.

In a contentious Tuesday morning hearing, Judge Alvin Hellerstein of the Southern District of New York denied a motion for preliminary approval of the settlement agreement. He questioned its overall fairness, and whether the women, whose allegations vary, constituted a legal class.

Suggesting the settlement plan was misconceived, he also questioned how the money would be allocated and called the millions of dollars in legal fees that would have been allotted to Mr. Weinstein and his former company directors “obnoxious.”

The proposed deal, which also includes the New York attorney general, and creditors of The Weinstein Company, has been controversial since its contours first came into view, in part because it did not require Mr. Weinstein to admit wrongdoing or make any payments to his alleged victims, relying instead on insurance coverage.

In the run-up to Tuesday’s hearing, several alleged victims filed formal objections, calling the settlement unfair to the women on multiple counts.

“The judge identified so many problems, it was not even close,” said John Clune, who represents one of the women who objected to the proposal. “Functionally, the whole thing has been thrown out,” he said, referring to the agreement. “Everyone wants a good result for these survivors. This wasn’t it.”

In the proposed settlement, which also would have required approval from a federal bankruptcy court in Delaware, the insurance companies would pay $12 million toward some, but not all, legal costs for Mr. Weinstein; his brother, Bob; and other former members of their company’s board. The board members would be insulated from future liability, and the alleged victims would drop their claims against Mr. Weinstein and other executives.

“We have been saying for over a year and a half that the settlement terms and conditions were unfair and should never be imposed on sexual assault survivors,” Douglas H. Wigdor and two other lawyers representing several women who had challenged the settlement, said in a statement. “We were surprised that class counsel and the New York attorney general did not recognize this fact but are pleased that Judge Hellerstein swiftly rejected the one-sided proposal. On behalf of our clients, we look forward to pursuing justice against Harvey Weinstein and his many enablers.”

In February, Mr. Weinstein was convicted of sex crimes against two women, a fraction of his numerous accusers, and was sentenced to more than 20 years in prison. The civil settlement has long been seen as the best hope of legal recourse for many of his other alleged victims.

The payout to the accusers was to be part of an overall $47 million settlement intended to close out The Weinstein Company’s obligations. Because the business is in bankruptcy proceedings, the women have had to make their claims along with its creditors.

In 2018, when the Weinstein Company entered bankruptcy, the accusers watched a potential settlement payout dwindle from a projected $90 million victims’ fund that had been discussed as part of a possible sale of the film studio.

Some of the women had agonized over whether to sign onto what they called a flawed settlement. By this year, after months of negotiations with the insurance companies, many of the parties had concluded that this proposed settlement was the best Mr. Weinstein’s accusers could do.

“This agreement is a win for every woman who has experienced sexual harassment, discrimination, intimidation or retaliation by her employer,” New York’s attorney general, Letitia James, said in a statement last month.