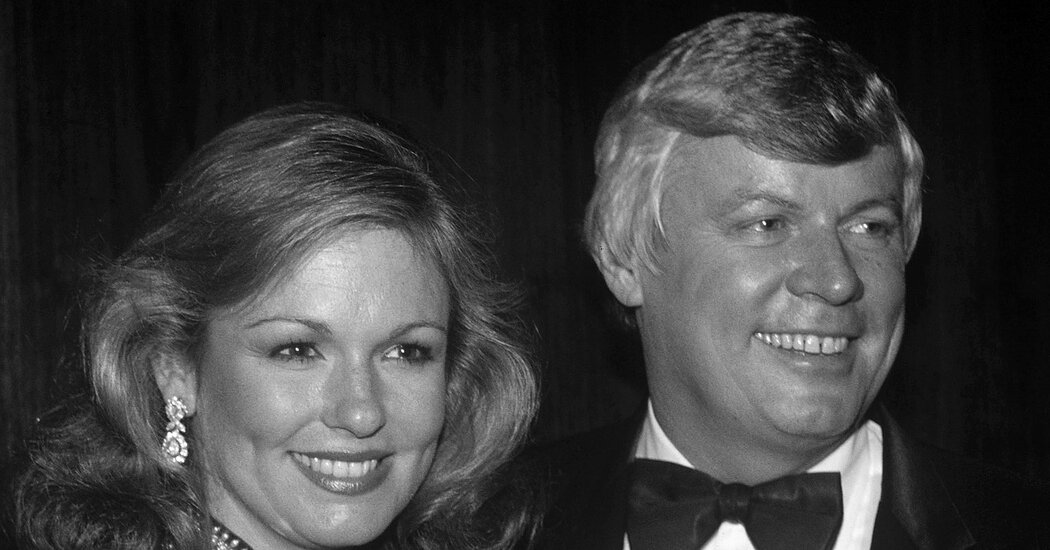 John Y. Brown Jr., a born salesman who became a multimillionaire by transforming Kentucky Fried Chicken into a global brand and then sold himself to voters in a six-week TV blitz to become Kentucky’s governor, serving one term, died on Tuesday in Lexington, Ky. He was 88.

His family said the death, in a hospital, was caused by complications of Covid-19.

Mr. Brown, a 30-year-old lawyer at the time, and a fellow investor bought Kentucky Fried Chicken from its founder, Harlan Sanders, for $2 million in 1964 (about $19.3 million today). Over the next seven years he transformed a national string of about 600 restaurants into one of the world largest fast-food chains, with some 3,000 red-and-white-striped takeout outlets.

He sold the business in 1971 to Heublein Inc., the distiller, for a personal profit estimated at more than $30 million (about $225 million today).

A prodigious Democratic fund-raiser, Mr. Brown, a son of a former Kentucky congressman and state legislator, initially flirted with a political career, considering a run for the United States Senate before deciding against it at the last minute and then gauging a bid for governor in 1975 before again declining to join the race.

In 1979, however, recently wed to Phyllis George, a pioneering sportscaster and former Miss America, Mr. Brown plunged into a six-week television campaign for the Democratic gubernatorial nomination and defeated several candidates by a plurality of just under 30 percent. He then easily defeated Louie B. Nunn, a former Republican governor, that November.

Hobbled by a recession, Mr. Brown compiled a mixed record as the state’s chief executive Casting himself as “the maker of policy and manager of finances,” he sought to attract investment by promoting “Kentucky & Co.” as “the state that’s run like a business.” But to keep the state solvent, he had to shrink the government payroll by thousands of employees while trying to avoid major reductions in services.

“He was a sound steward of the commonwealth’s resources, but he was not a leader who proposed new programs in areas such as education or human resources,” Mary K. Bonsteel Tachau and Bruce L. McClure wrote in “Kentucky’s Governors” (1985).

After completing his term in December 1983, Mr. Brown entered Kentucky’s 1984 Democratic primary for a U.S. Senate seat but withdrew six weeks later, citing the lingering effects of life-threatening heart-bypass surgery he had undergone in his last year in office as governor. In 1987, he sought the gubernatorial nomination again but came in second in the Democratic primary. By then, his luster as a potential national candidate had faded.

His career as an investor had continued after his purchase of Kentucky Fried Chicken. In 1969, he bought a controlling interest in the Kentucky Colonels of the American Basketball Association. The team won the league championship in 1975 but folded when the A.B.A. merged with the National Basketball Association the next year. Mr. Brown then bought a half interest in the Buffalo Braves of the N.B.A., a former expansion team.

But when he was blocked from moving the Braves to Louisville, Ky., Mr. Brown and a partner made a deal with the Boston Celtics ownership to swap the teams. (The new owners soon moved the Braves to San Diego and later Los Angeles as the Clippers.) In Boston, Mr. Brown alienated loyalists by trading away popular players before selling the team in 1979.

He also founded a roasted-chicken restaurant chain with the country music star Kenny Rogers, calling it Kenny Rogers Roasters. It grew to 350 outlets, but competition from Kentucky Fried Chicken, by then known as KFC, and the Boston Chicken chain (later known as Boston Market) drove it into bankruptcy in 1998. (It was later bought by Nathan’s Famous.)

John Young Brown Jr. was born in Lexington on Dec. 28, 1933. John Sr. was a trial lawyer who served one term in the U.S. House of Representatives in the mid-1930s and was a member of the Kentucky House of Representatives for several decades. He lost perennial races for governor and the U.S. Senate — losses that haunted his son and which John Jr. later blamed on machine politicians whose support his father had spurned. His mother was Dorothy (Inman) Brown.

Entrepreneurial by instinct, in high school Mr. Brown had made up to $1,000 a month in commissions in a summer job peddling vacuum cleaners, and as much as $25,000 a year selling the Encyclopaedia Britannica during law school.

He was also a high-stakes gambler, a habit that rivals would wield against him. He was investigated for failing to make a mandatory report of a $1.3 million cash withdrawal from one of his bank accounts, although he was never charged with wrongdoing.

Mr. Brown’s first marriage, to Eleanor Durall, who was known as Ellie, ended in divorce. In 1973, named chairwoman of the Kentucky Colonels after she bought a majority of the team’s stock, she became the first woman to head a major professional basketball team.

His third marriage, to Jill Louise Roach, a former Mrs. Kentucky, ended in divorce in 2003.

Mr. Brown is survived by three children from his first marriage, Sissy Brown, Sandra Brown Steier and John Y. Brown III, who served as Kentucky’s secretary of state in the late 1990s and early 2000s; and two children from his marriage to Ms. George, Lincoln Tyler George Brown and Pamela Brown, a senior Washington correspondent and weekend anchor for CNN.