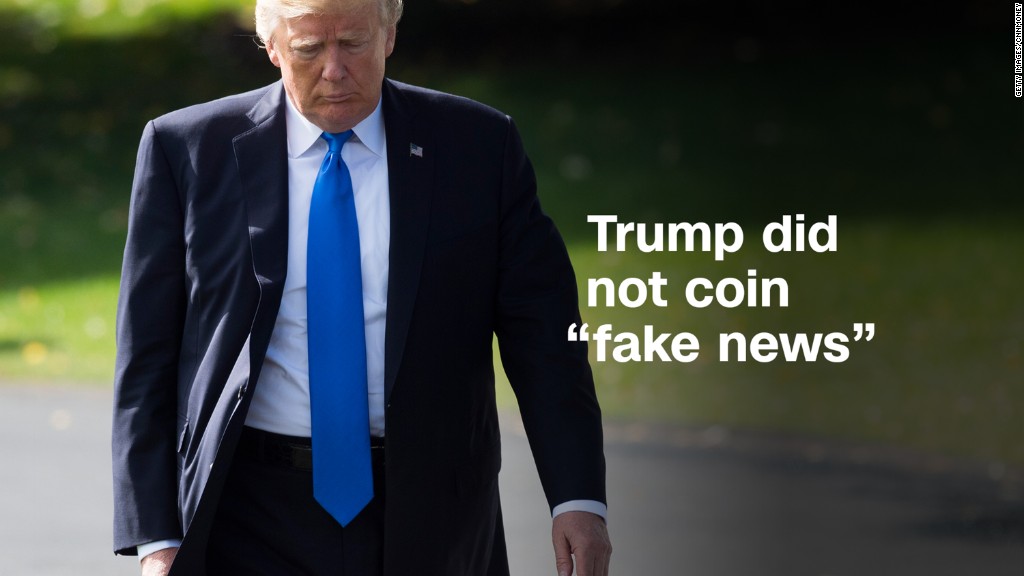 In a tweet Wednesday afternoon, McCain shared a new report from the Committee to Protect Journalists that says the number of journalists imprisoned around the world has reached 262, a new record.

The total includes 21 reporters being held on “false news” charges.

The president “must understand his harmful rhetoric only empowers repressive regimes to jail reporters & silence the truth,” McCain wrote.

Trump is known for dismissing press coverage he doesn’t like as “fake news.”

“President Donald Trump’s nationalistic rhetoric, fixation on Islamic extremism, and insistence on labeling critical media ‘fake news’ serves to reinforce the framework of accusations and legal charges that allow [some foreign] leaders to preside over the jailing of journalists,” it reads.

The most common reasons journalists are put behind bars around the world include “anti-state charges” and “broad and vague terror laws,” according to the CPJ report.

Related: Trump hits a new low in attacks on the free press

Turkey has imprisoned the highest number of reporters at 73. China is second with 41.

The White House did not immediately respond to a request for comment about McCain’s tweet or the CPJ report.

McCain, a Republican from Arizona, has broken ranks with other members of his party and publicly criticized Trump over a variety of issues. He famously blocked passage of Trump’s promised Obamacare repeal bill with a dramatic “no” vote. And he’s frequently condemned Trump’s attacks on the media.

“If you want to preserve — I’m very serious now — if you want to preserve democracy as we know it, you have to have a free and many times adversarial press,” McCain said in a February interview with NBC News. “And without it, I am afraid that we would lose so much of our individual liberties over time. That’s how dictators get started.”