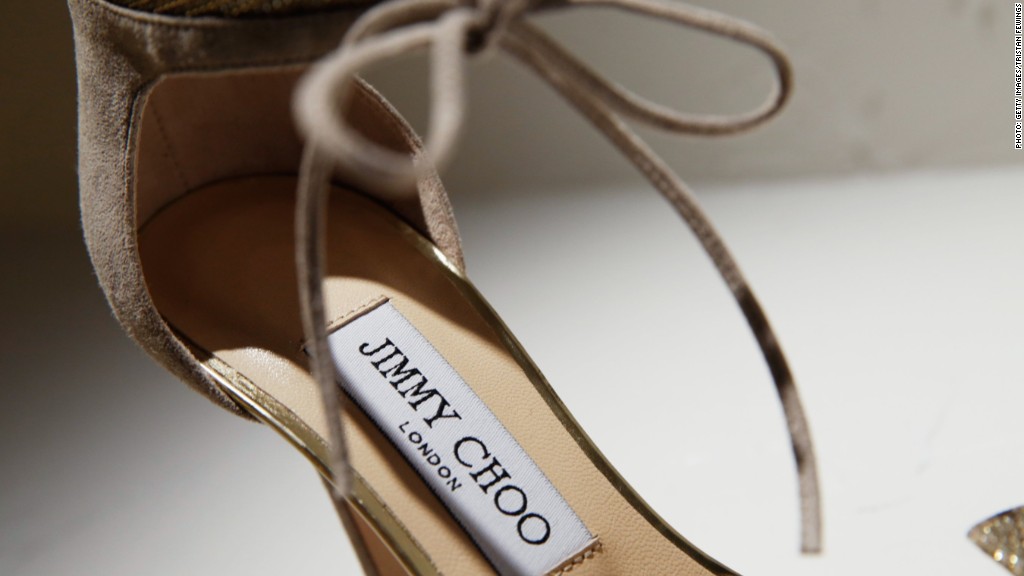 Her shoes have dressed royal families, been worn on red carpets by A-list celebrities and have earned cameos on hit TV shows like “Sex and the City,” but today Jimmy Choo co-founder Tamara Mellon is most passionate about fighting for equality for women.

“Society is better off when women earn equal,” says Mellon, who recently started her own eponymous shoe line, in the latest podcast episode of CNN’s Boss Files with Poppy Harlow. “When I started out my career, I didn’t trust myself enough, I didn’t value myself enough, and that kind of resulted in not being paid what I should have.”

Running a fashion empire, Mellon says she oversaw three private equity deals, four corporate sales and was the only woman to sit on the board of Jimmy Choo. She says she was judged and even penalized when she went to the board to complain that she was not being fairly compensated.

“I gave them a lot of proof of what was fair market for someone at my level in the business. I gave them my competitor’s compensation. I was probably 70% below what my competitors [made]” Mellon told Harlow. “You feel undervalued. You feel sort of patronized.”

Listen to the latest episode of Boss Files with Poppy Harlow

Mellon admits there were many times where she felt “voiceless and powerless.”

“How is it possible that I was the only woman on the board of something that is selling the most feminine product to women. It was a brand for women,” Mellon says. “If I could look back and tell my younger self now, I would have said ‘Speak up.’ Right? ‘Get some women on the board.”

But Mellon acknowledges that even while running the world famous shoe company, she lacked confidence — and still does to some extent today.

“When I walked into a board meeting at Jimmy Choo, I felt if I’d had that MBA in my pocket, I would have had a level of confidence,” Mellon tells Harlow. “I always felt like someone was going to knock on my door and go ‘You didn’t really do that,’… I still feel like that.”

Mellon believes there’s a misconception about all women who work.

“People think that you’re a diva, you’re tough, you’re cold. You’re all these things, which are so misguided, because we now know that women run businesses with a very different mindset,” she says.

In the early 1990s, Mellon left her role as an accessories editor at British Vogue and approached a Malaysian cobbler from London named Jimmy Choo with a proposal to take his custom shoe business global. Their brand launched in 1996, and quickly grew into a household name.

But her relationship with Choo turned less than amicable, and he later sold his shares of the company in 2001.

She admits not having her name on the shoe brand caused a lot of confusion. “Probably what I should have done early on is put Jimmy Choo by Tamara Mellon,” she says.

Mellon sold her stake in Jimmy Choo to luxury goods group Labelux in 2011, and launched Tamara Mellon, her namesake shoe and accessories brand in 2013.

“I have a female CEO which has been life changing. She is an absolute rock star,” Mellon tells Harlow. “We pretty much have a female team, and we’re really running the business the way we want to run it.”

Mellon says she is now taking her new brand digital-first.

“Nobody goes out to the department store anymore. Everyone is buying online,” Mellon says.

Related: Makeup mogul Bobbi Brown on her new venture: ‘I am a start-up’

“What I love is that I have a direct communication with my customer,” she adds. “So before there was always a third party between us. Right now, we talk to our customers every day.”

Mellon has opted out of advertising her new brand in traditional print, because it “actually doesn’t move the needle, it doesn’t convert to sales.” Instead, she is focusing solely on social media.

“The way I built Jimmy Choo, is we used to build luxury brands through wholesale and retail. No brand will be built like that again,” she says.