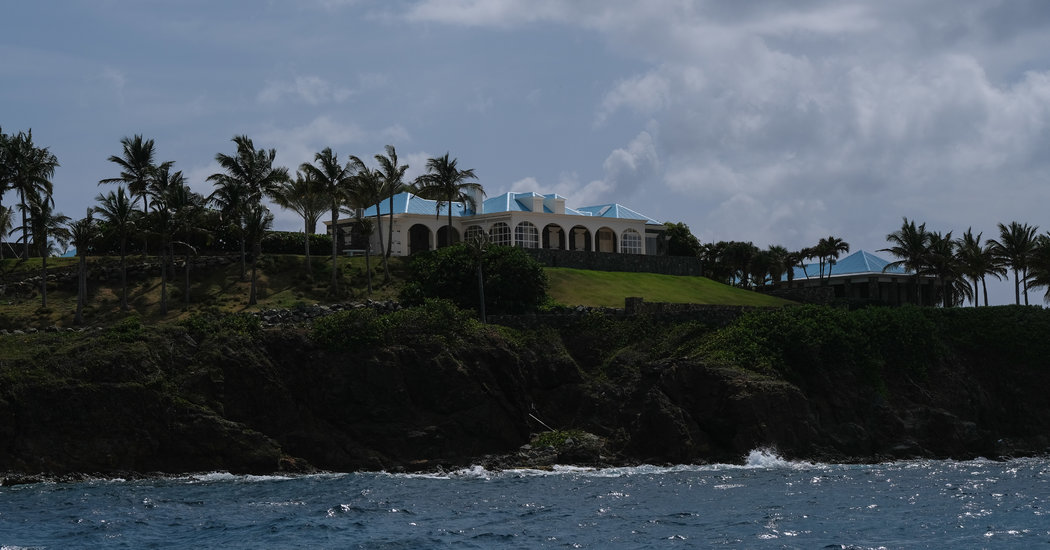 To compensate the dozens of women who have accused Jeffrey Epstein of sexual abuse, his estate will try to develop a plan with the lawyer who devised restitution programs for several high-profile disasters and scandals.

The estate on Thursday asked a United States Virgin Islands judge for permission to establish a voluntary resolution program for the late sex offender’s accusers. The judge is overseeing the administration of Mr. Epstein’s $577 million estate.

The program, if approved, would be developed with the help of Kenneth R. Feinberg, who has overseen the payment of tens of billions of dollars in claims to victims of the Sept. 11 terrorist attacks, the Catholic Church sexual abuse scandal, the BP oil spill and an ignition problem with vehicles from General Motors.

In a statement, the estate’s executors, Darren Indyke and Richard Kahn, said the proposed program would provide Mr. Epstein’s accusers “the opportunity to obtain appropriate compensation and to be heard and treated with compassion, dignity and respect.”

But lawyers for some women have expressed distrust of the process, saying the plan was presented to a judge without being discussed with the plaintiffs. And at least one woman already intends to bypass any compensation program.

A lawyer for the woman, Jennifer Araoz, who said she was recruited to give massages to Mr. Epstein when she was 14 and raped by him a year later, has no intention of discontinuing her lawsuit against the estate.

“Each victim, however, must make an individual decision as to how to best pursue legal remedies for their injuries,” said the lawyer, Daniel Kaiser. “Jennifer has decided that the best legal course of action for her is her court action filed in New York State Court.”

A compensation program could have benefits for the accusers. It would most likely be faster and cheaper than litigating their claims against Mr. Epstein, who committed suicide in August at the Manhattan Correctional Center after his arrest on federal sex-trafficking charges. A compensation program could also minimize the possibility of the estate being hit with large jury awards in individual cases, which could deplete the assets available to compensate other accusers.

Unlike a trial, a compensation program would be confidential, and keep the details of the accusers’ claims out of public view. But it would also limit outside evaluation of the handling of the claims process, and would prevent the release of other information about Mr. Epstein that could be uncovered during litigation.

The restitution program would be administered by Jordana Feldman, a lawyer who worked closely with Mr. Feinberg on the September 11th Victim Compensation Fund and who, until this week, was the deputy special master of that fund.

The confidentiality would extend to the fees paid to the compensation team, which includes Camille S. Biros, who has played a crucial role in designing the compensation programs for victims of the Catholic Church abuse scandal.

Ms. Feldman said the estate and its executors, who were longtime employees of Mr. Epstein, would have no say over the program’s operations.

“The independence of the program is critical,” Ms. Feldman said. “We are totally independent of the estate.”

Daniel Weiner, a lawyer for the estate, declined to comment beyond the statement from Mr. Indyke, a longtime lawyer for Mr. Epstein, and Mr. Kahn, an accountant for some of Mr. Epstein’s companies. Mr. Indyke and Mr. Kahn did not respond to requests for comment.

The executors filed Mr. Epstein’s will, which was drawn up just days before he died, with a court in the Virgin Islands, where Mr. Epstein was a legal resident. His assets, which include homes, planes, artwork, financial assets and two private islands off St. Thomas, were placed in a trust, making it hard to identify the beneficiaries of his estate.

Ms. Feldman’s contention that neither man would not be involved in evaluating victims’ claims may allay some distrust of the process.

Roberta Kaplan, who represents a woman who has said she was abused by Mr. Epstein when she was 14, said she had reservations about the unilateral way the estate has sought to establish a compensation program. Ms. Kaplan’s client was “Victim 1” in the indictment filed this summer against Mr. Epstein and filed a lawsuit against the estate in September.

“We will keep an open mind, but both the estate and the new administrators have a lot to prove,” Ms. Kaplan said.

Most details of the proposed compensation program have yet to be determined. But should the proposal be approved, the program’s goal would be to begin receiving claims roughly 90 days after a judge signs off.

Mr. Feinberg said he expected the compensation program would be similar to those he and Ms. Biros had devised for claims submitted by men who were abused by Catholic priests when they were children. Ms. Biros said they had resolved about half of the 3,200 claims received from accusers in five states since late 2016.

Some victims, Ms. Biros said, have found “a level of comfort in knowing their information is kept confidential.”

Mr. Feinberg seemed undaunted by the challenge of coming up with a plan to compensate the women who have accused Mr. Epstein — some of whom have been waiting years to get justice or tell their stories.

“We have done these for decades,” Mr. Feinberg said.