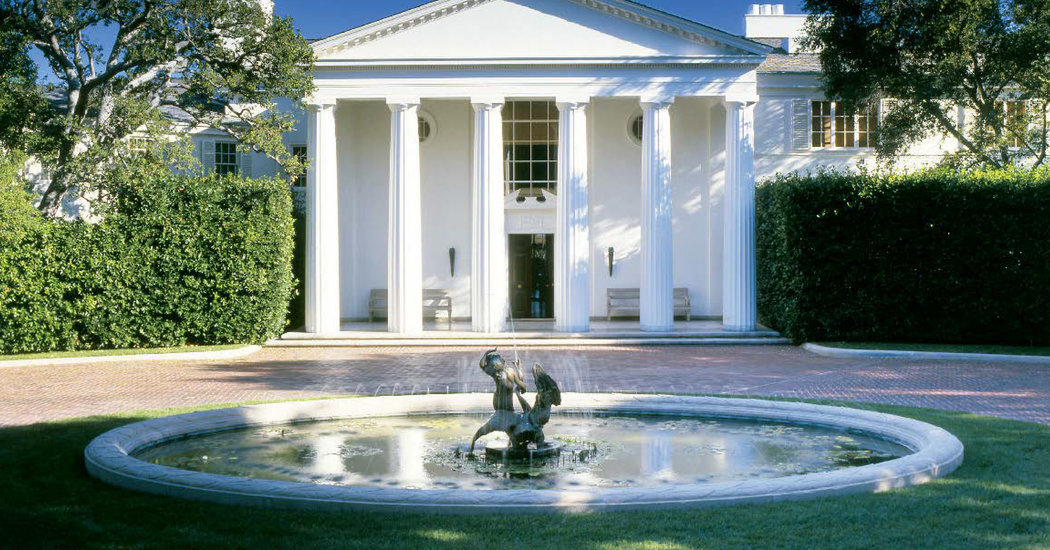 The national housing market has cooled, but in Los Angeles the ultrarich are still shattering price records. An heiress to the Formula One racing empire sold her home for $119.75 million last July. In December, Lachlan Murdoch paid $150 million for a home in Bel Air.

The latest buyer at the top: Jeff Bezos, the Amazon chief and world’s richest person.

Setting a new high for a home sold in California, Mr. Bezos is paying $165 million for a Beverly Hills estate owned by David Geffen, the media mogul and co-founder of DreamWorks, according to two people familiar with the purchase.

That wasn’t all. In a separate transaction, Bezos Expeditions, which oversees The Washington Post and Mr. Bezos’ charitable foundation, is buying 120 undeveloped acres in Beverly Hills for $90 million, the two people said. The land was put on the market for $150 million in 2018 by the estate of Paul Allen, the Microsoft co-founder, who died that year. Most recently, the asking price was $110 million.

Both deals are in the contract stage and not yet final.

The superrich are spending huge amounts for some of California’s premier properties. Mr. Murdoch, chief executive of the Fox Corporation, bought Chartwell, which TV viewers of a certain age may remember as the Clampetts’ home in “The Beverly Hillbillies.” Petra Ecclestone, whose father, Bernie Ecclestone, ran Formula One for more than 40 years, sold the Manor. The television producer Aaron Spelling had built the mansion, in the city’s Holmby Hills neighborhood, in 1988.

For Mr. Bezos, it was the Warner Estate, which was designed in the 1930s for Jack Warner, the president of the Warner Bros. film studio. The roughly 13,000-square-foot home is considered one of the premier mansions built during Hollywood’s golden era.

It wasn’t the first home Warner built on the nine-acre property. When he married his second wife, Ann, she demanded that he tear down the first home and replace it with a new one, according to “The Legendary Estates of Beverly Hills,” by Jeffrey Hyland, a longtime luxury real estate agent in Los Angeles.

Warner spent over a decade building the mansion and, unlike other movie moguls of the era, didn’t give it a fancy name to emulate European aristocracy. He simply named it after himself. The Georgian Revival-style estate was designed for hosting the Warners’ elaborate parties, with guests like Albert Einstein and Howard Hughes.

The property also included a nine-hole golf course, which Mr. Geffen removed when he renovated the grounds, Mr. Hyland said in an interview. A home next door also had a nine-hole course, allowing the Warners and their neighbors to play 18 holes right in the middle of Beverly Hills.

“The property is magnificent,” said David Parnes of the Agency, a luxury real estate brokerage in Beverly Hills, who wasn’t involved in the Warner Estate deal. “It’s the land. It’s the history. It’s the whole experience.”

Warner died in 1978, but Ann Warner kept the estate largely intact and lived there until 1990, when Mr. Geffen paid $47.5 million for it — a record at the time for a Los Angeles-area home. Mr. Geffen recently bought a $30 million lot in the Trousdale Estates section of Beverly Hills, where he plans to build a new house, according to a source familiar with that deal.

The Warner estate never officially hit the market, but one of the people familiar with the deal said it had been shopped around quietly for $225 million. The Warner Estate, whose sale to Mr. Bezos was reported earlier by The Wall Street Journal, stands out from the speculatively built glass-box homes that have flooded the local market. Listed in the $100 million-plus range, they have often taken years to sell or required steep price cuts.

“Everybody today would like to see classical architecture,” Mr. Hyland said. “They want substance. They want acreage.” He said he and his business partner, Rick Hilton, had the most expensive current listing in the area, the $225 million Conrad Hilton estate, which is on eight and a half acres in Bel Air.

Stephen Shapiro, an agent with the Westside Estate Agency in Beverly Hills, said that the Bezos purchase was likely to boost confidence in the market but that too many homes were still being built on speculation.

“The spec houses being built are equivalent to too many condos being built in New York,” he said. The houses fetching record prices “are one-of-a-kind, bespoke houses.”