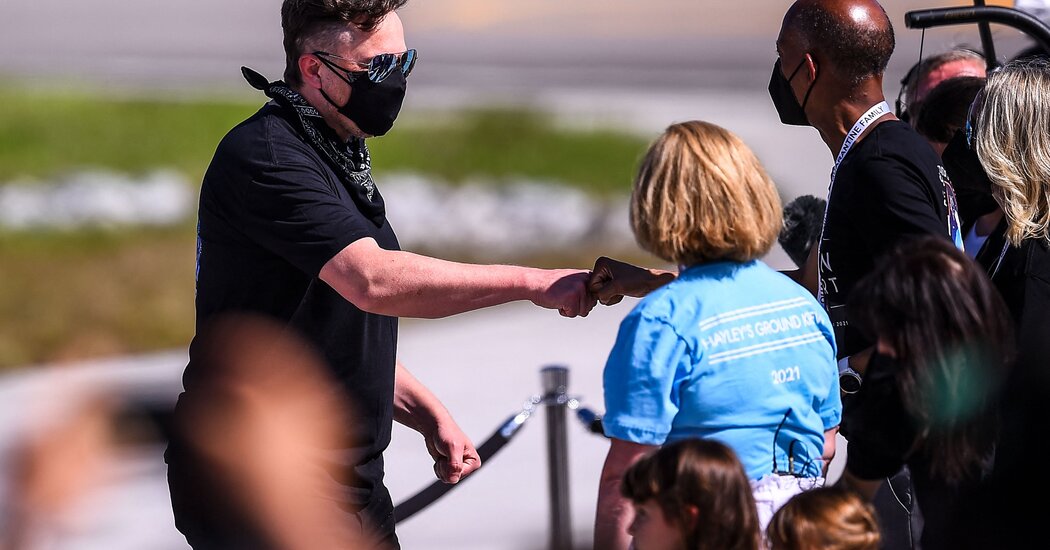 Jeff Bezos and Elon Musk are two of the world’s wealthiest men. Both own private rocket companies. And in public, their relationship has been characterized by conflict.

In one notable put down, Mr. Musk responded, “Jeff who?” when an interviewer inquired about competition between SpaceX and Mr. Bezos’ space company, Blue Origin (which recently carried the Amazon founder to the edge of space).

But on Thursday after the Inspiration4 launch, everyone was being a bit nicer, at least on Twitter. Mr. Bezos congratulated Mr. Musk and SpaceX for the successful launch of a nonprofessional astronaut crew to orbit, a milestone in human spaceflight and something that would have been unimaginable just a few years ago.

While the two managed the brief parley on Twitter, there is plenty of conflict to come. After NASA gave SpaceX a contract to build its next spacecraft to carry astronauts to the surface of the moon, Blue Origin cried foul over failing to also receive one. When a regulatory challenge failed, Mr. Bezos’ company headed to federal court, where the dispute over the contract continues.