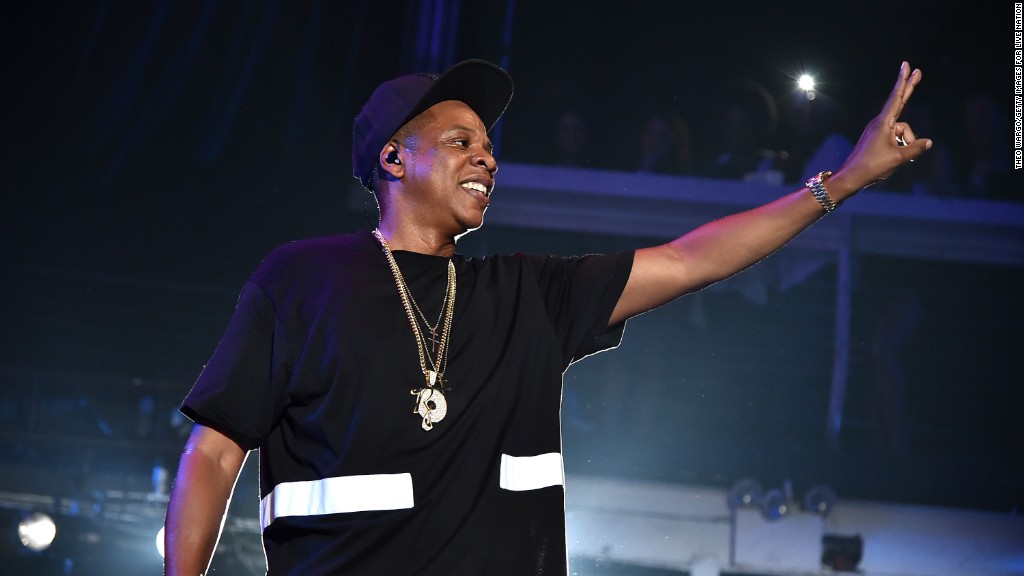 Spotify customers have nothing to “Smile” about when it comes to Jay-Z’s “4:44”

That’s because they can’t listen to that single or the album its on.

The rapper’s latest project seems to be playing everywhere but the leading music streaming service.

The album got a one week exclusive run on Jay-Z’s Tidal when it dropped last week before it was released to Amazon Music Unlimited and Apple Music, as well as internet radio platforms Pandora, SiriusXM and IHeartMedia.

The absence of “4:44” from Spotify is not entirely surprising. In April, Jay-Z’s catalog was removed from platform “at the request of the artist,” a Spotify spokesperson told Billboard at the time.

Other artists like Adele and Taylor Swift have kept albums off Spotify in the past, arguing the platform has devalued music by making it available to both its free and paying subscribers. (Spotify is experimenting with exceptions to this policy.) Coldplay, Gwen Stefani and Drake are among the artists who — after releasing an album — have delayed debuting the same music on Spotify for weeks or months.

Its unclear if “4:44” will stream on Spotify at a later date. Representatives for the company and Jay-Z did not immediately respond to request for comment on this story.

In the meantime, Jay-Z’s new music has found a large audience. Based on streaming numbers alone, the rapper’s 13th studio album has already been certified platinum by the Recording Industry Association of America.