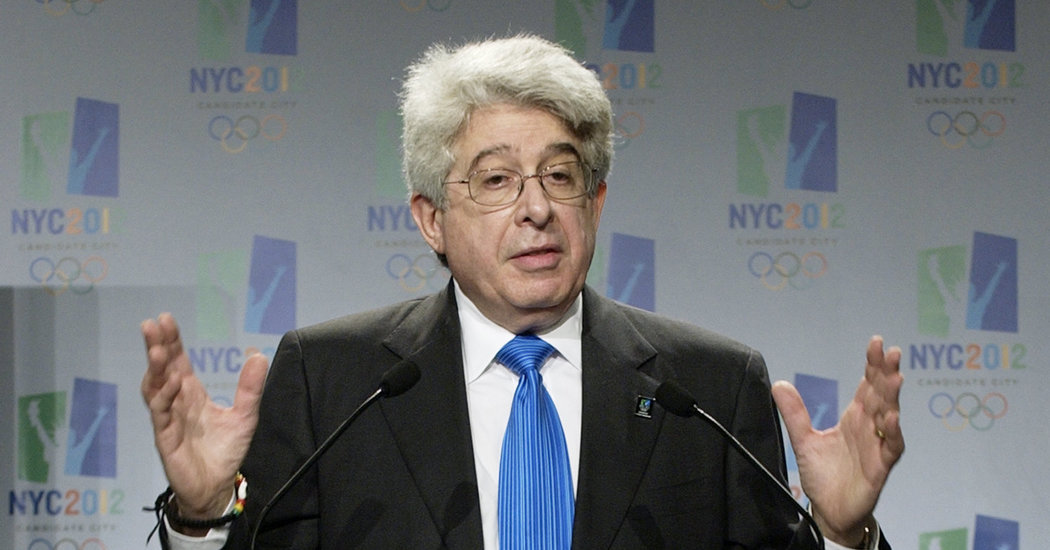 Jay L. Kriegel, who as a 25-year-old prodigy helped shape the Lindsay administration’s progressive challenge to New York City’s entrenched power brokers, and who later emerged as one himself, in fields ranging from television broadcasting to real estate development, died on Thursday at his home in Manhattan. He was 79.

The cause was complications of melanoma, his wife, Kathryn McAuliffe, said.

A charter member of Mayor John V. Lindsay’s so-called kiddie corps, Mr. Kriegel played an outsize role as chief of staff and special counsel in an administration that held power from 1966 to 1973. Later, as an indefatigable but pragmatic outside process broker, he continued to influence a broad spectrum of policymaking through the same power of persuasion.

His behind-the-scenes counsel, on behalf of private clients or the civic groups he volunteered to help, made him everyone’s go-to guy in navigating government bureaucracy. Recognizable in later years by his formidable gray mane, he would argue their cases, with his adenoidal inflection, at a machine-gun pace.

“Talking to Jay Kriegel,” a colleague once said, “is like putting your finger in an electric light socket.”

“A New York City patriot” was how Mayor Bill de Blasio described Mr. Kriegel last month at a tribute organized by former colleagues. “For half a century Jay has been devoted to making this a better place,” the mayor said, “and there’s no question in my mind that we are better because of Jay Kriegel.”

The feeling was mutual. New York, Mr. Kriegel would say, “is my love affair.”

His impact on urban affairs was wide and enduring.

In 1968, when Mayor Lindsay was vice chairman of the Kerner Commission on civil disorders, it was Mr. Kriegel and another Lindsay aide, Peter C. Goldmark Jr., who were assigned to draft overnight a more muscular preface to the commission’s final report, a 426-page analysis of urban race riots, before it was to be released the next morning.
They synthesized a sentence that had been buried in the report and made it immortal: “Our nation is moving toward two societies, one black, one white — separate and unequal.”

In the late 1970s, Mr. Kriegel and Steven Brill founded The American Lawyer magazine, with Mr. Kriegel as its publisher.

In 1986, facing a Reagan administration proposal to repeal state and local tax deductions on federal returns, Mr. Kriegel galvanized the New York opposition that helped scuttle it. (Among his allies then was the developer Donald J. Trump, who as president would reverse his position, signing legislation that limited those deductions.)

As the senior vice president of CBS Inc. in the late 1980s and early ’90s — working under Laurence A. Tisch, its chief executive and largest stockholder at the time — Mr. Kriegel engineered a major, lucrative legislative victory for broadcasters over the cable television industry.

He was later executive director of NYC2012, a long-shot campaign set up by Michael R. Bloomberg’s administration to woo the 2012 Summer Olympics to New York. While falling short in its efforts — London won the Games — the campaign, organized by Deputy Mayor Daniel L. Doctoroff, nevertheless helped the city derive some enduring benefits from the bid, including an extension of the Flushing subway, the commercial and residential development of Hudson Yards on Manhattan’s West Side and the building of Citi Field in Queens, home of the Mets, and the Barclays Center arena in Brooklyn, home of the Nets.

Mr. Kriegel was also counselor to the financial communications firm Abernathy MacGregor Group; counseled the governments of Turkey and Kazakhstan; and most recently served as senior adviser to the Related Companies, the global developer that created Hudson Yards.

Jay Lawrence Kriegel was born on Oct. 10, 1940, in Brooklyn to the children of Jewish immigrants from Eastern Europe, I. Stanley Kriegel, who headed an accounting firm, and Charlotte (Karish) Kriegel.

After graduating from Midwood High School in Flatbush, he received a bachelor’s degree in English from Amherst College in 1962 and a law degree from Harvard.

Mr. Kriegel was introduced to politics, on the Democratic side, when he was 12, doing odd jobs at the Manhattan headquarters of Adlai E. Stevenson’s 1952 presidential campaign. During a summer break from college he went to Washington as an intern for Representative William Fitts Ryan, a Manhattan Democrat.

Early in 1965, Mr. Kriegel and several other Harvard Law students were recruited by Mr. Lindsay, then a Republican congressman, to draft sections of what became the Voting Rights Act of 1965.

Afterward, instead of accepting a job with Judge Thurgood Marshall, the newly named solicitor general and future Supreme Court justice, Mr. Kriegel joined Mr. Lindsay’s 1965 mayoral campaign to conduct research. When Mr. Lindsay won the election, Mr. Kriegel was named assistant to the mayor for social welfare and law enforcement. The new administration was quick to identify him as a Democrat, to validate Mr. Lindsay’s bona fides as politically independent.

As the mayor’s chief of staff, Mr. Kriegel was thrust into the limelight in the early 1970s after two whistle-blowing police officers, quoted by The New York Times, accused the administration of having failed to pursue their specific allegations of police corruption. The officers were later identified as Sgt. David Durk and Detective Frank Serpico.

The Times’s reporting on their allegations and on the Police Department’s sluggish response prompted Mr. Lindsay to create the Knapp Commission.

In December 1972, the commission found that corruption — from accepting gratuities to extorting drug dealers — was widespread in the police force, but that the department’s top officials had done little about the problem after being alerted to it by the whistle-blowers and The Times’s reporting.

Whitman Knapp, the commission’s chairman, concluded that Mayor Lindsay could not “escape responsibility” for the department’s foot-dragging. But the degree of the mayor’s culpability hinged on what appeared to be Mr. Kriegel’s contradictory testimony about how much the mayor had known about the corruption allegations.

In one instance, Mr. Kriegel suggested that he had told the mayor about the officers’ accusations; in another, he testified that the mayor had not known of those allegations.

Criticized over his conflicting statements, Mr. Kriegel found a loyal supporter in Mayor Lindsay, who defended him as “a man of unbending integrity and decency.”

After Mr. Lindsay left office at the end of his second term in 1973, Mr. Kriegel was named director of special projects for the Loews Corporation, which Mr. Tisch owned with his brother, Preston Robert Tisch; he served in that capacity from 1975 to 1978. He was publisher of The American Lawyer from 1979 to 1982.

At CBS, where he was senior vice president from 1988 to 1993, Mr. Kriegel helped persuade Congress to require the cable TV industry to pay broadcasters for the right to retransmit over-the-air programming. Those efforts “literally saved broadcast TV and hundreds of national and local news stations,” Mr. Tisch’s nephew Jonathan, the chief executive of Loews Hotels, said at last month’s tribute to Mr. Kriegel.

“I think we might even blame ‘The Apprentice’ on you,” Mr. Tisch said to the gathering, referring to the long-running NBC reality show that made its star, Mr. Trump, a household fixture across America.

Mr. Kriegel later ran his own strategic consulting firm and served on numerous philanthropic and civic group boards, including Prep for Prep and New Visions for Public Schools.

His marriage to Joanne Connors in 1971 ended in divorce. In addition to his wife, Ms. McAuliffe, an artist, he is survived by two children from his first marriage, Isabel Hardy and Connor Kriegel; his stepchildren, Jevon and Caitlin Roush and Tessa Bridge; his sister, Myra Zuckerbraun; four grandchildren; and three step-grandchildren.

A workaholic known to juggle multiple callers on hold simultaneously, Mr. Kriegel remained a sometimes wistful unofficial custodian of the equivocal and long-debated Lindsay legacy, forged when he and other mayoral tyros were, in the words of one of them, Barry Gottehrer, “young, beautiful, invincible, and we all really cared.”

As keeper of the flame, Mr. Kriegel organized reunions, remembrances and retrospectives, including a book on the 50th anniversary of Mr. Lindsay’s 1965 election.

“It seems ironic,” Mr. Kriegel wrote in the foreword to that book, “that ‘Man of La Mancha’ opened three weeks after Lindsay’s election, with its ‘Impossible Dream.’ ”