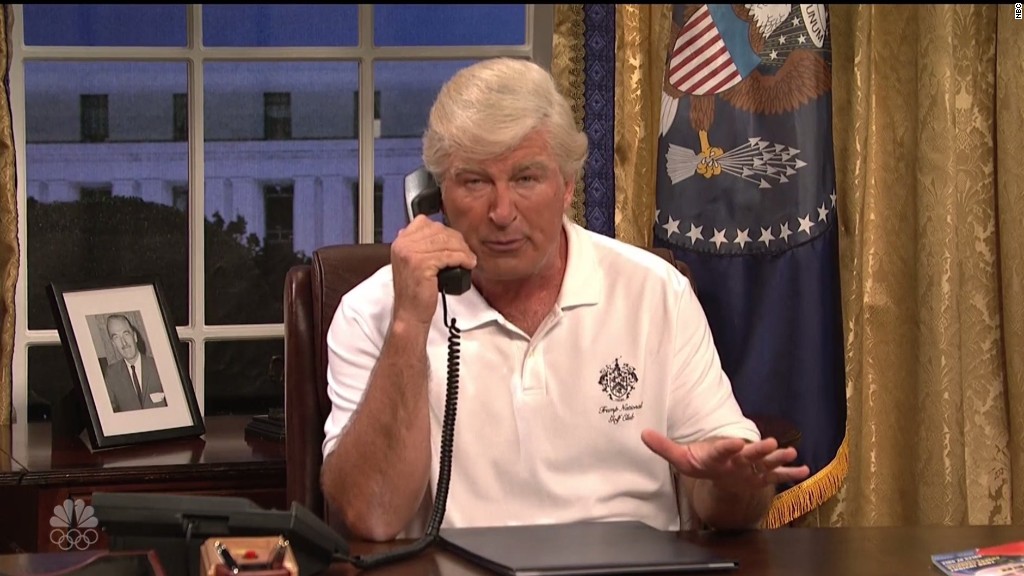 “Saturday Night Live” kicked off its latest episode with a powerful moment.

“This week we witnessed one of the worst tragedies in American history. Like everyone I’m struggling to understand what happened that night and how to pick up the pieces and start to heal,” Aldean said starting the show. “So many people are hurting.”

Aldean took the stage of Studio 8H less than a week after performing at the Route 91 Festival in Las Vegas where the shooting took place. During his performance, gunfire rained down from the 32nd flood of the Mandalay Bay Resort and Casino across the streets, causing him to flee the stage.

The shooting injured more than 500 people and killed at least 58.

The singer, who was wearing all black including a black cowboy hat, added “We hurt for you and we hurt with you, but you can be sure we’re going walk through these tough times together every step of the way.”

“Because when America is at its best, out bond and our spirit is unbreakable,” the county singer said.

Aldean then went into a rendition of “I Won’t Back Down” by Tom Petty and the Heartbreakers.”

The song choice was even more poignant considering that Petty died Monday at the age of 66.

Aldean wrapped his set by looking at the camera and saying the series’ iconic words, “Live from New York… It’s Saturday night!”