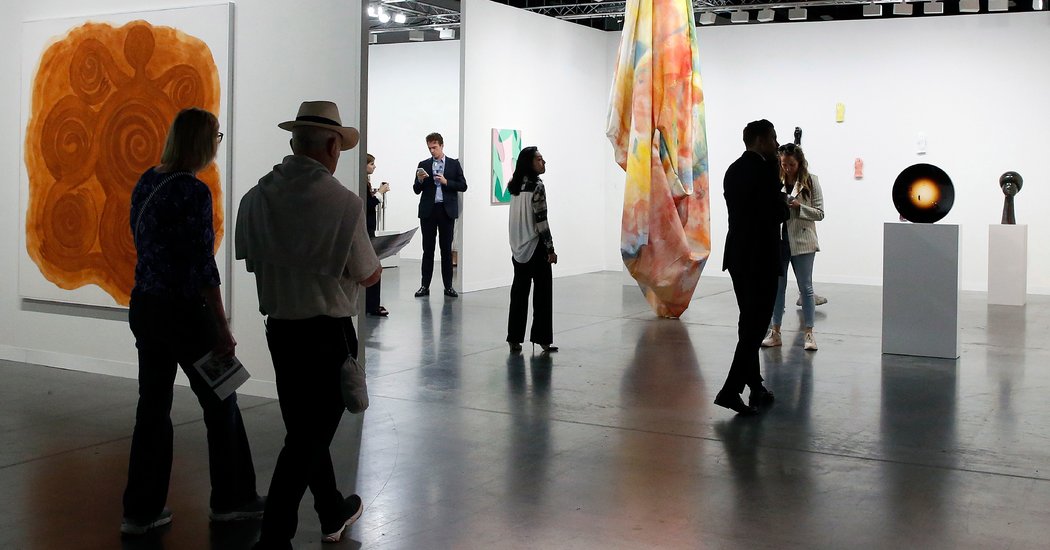 James Murdoch, the son of the billionaire media mogul Rupert Murdoch, is set to take a significant stake in the M.C.H. Group, the Swiss owners of the Art Basel fairs.

Investment from Mr. Murdoch’s company, Lupa Systems, will help transform the company from a traditional events business into one focused on “future-oriented platforms and communities,” M.C.H. said in a statement on Friday.

If the move is approved at a meeting on Aug. 3, Mr. Murdoch’s company will own about one-third of M.C.H.’s shares, rising to a possible 44 percent controlling stake later, the statement added.

Founded in 1970 by three gallerists in the Swiss city, Art Basel has grown into the world’s biggest and most prestigious international art fair business. Its flagship event in Basel in June, which last year attracted 93,000 visitors, has become the centerpiece of Europe’s summer art market calendar. Art Basel Hong Kong, typically held in March, has enabled Western dealers to significantly expand the market for international contemporary art in Asia. And Art Basel Miami Beach has gained a reputation for attracting the hippest American collectors and works by the hottest new artists.

But M.C.H. has faced a challenging year. The 2020 and 2021 editions of its Baselworld watch fair — for years the company’s highest-grossing event — were canceled because of an exodus of key exhibitors. The coronavirus pandemic led to the cancellation of the Hong Kong and Swiss editions of Art Basel, though they continued as online-only events. An in-person gathering for Art Basel Miami Beach, scheduled for December, remains in doubt.

Sales losses in the region of about $138 million to $180 million were predicted for this year in the company’s 2019 annual report, which was released in March.

The statement on Friday added that M.C.H. will propose to shareholders a “comprehensive set of measures” to restructure its debt, including an injection of about $111 million, mostly from Mr. Murdoch’s company.

The Canton of Basel-Stadt, the administrative region that is home to the city of Basel, is currently M.C.H.’s largest shareholder, at 33.5 percent, and other Swiss regions own smaller percentages. But those public-sector shareholders have agreed to step back and allow Mr. Murdoch’s privately held Lupa Systems to become the largest, the statement added.

Marc Spiegler, Art Basel’s global director, said in a statement that approval of the proposed measures would “put the group on firm financial footing for the foreseeable future.”

Mr. Murdoch’s private investment company was founded in 2019 after his family’s $71.3 billion sale of 21st Century Fox, where he was chief executive. With offices in New York and in Mumbai, India, Lupa has bought stakes in a range of tech-savvy media companies, including Vice, the news platform aimed at millennials, and Morning Consult, a data intelligence company.

Mr. Murdoch is also a director of the Dia Art Foundation in New York and a former director of Sotheby’s.

Lupa’s commitment to M.C.H. is the latest significant investment by a global media business in international art fairs. In 2016, the Hollywood-based William Morris Endeavor Entertainment acquired a major stake in the Frieze Art Fair, which has editions in London, New York and Los Angeles.

“It will certainly give some certainty to M.C.H. after a very difficult year,” said Robert Read, the head of art and private clients at Hiscox, a leading specialist in art insurance, based in London.

“The most fascinating part will be seeing what they mean by ‘future-orientated platforms and communities,’” he said. “That is the crux of the issue.”