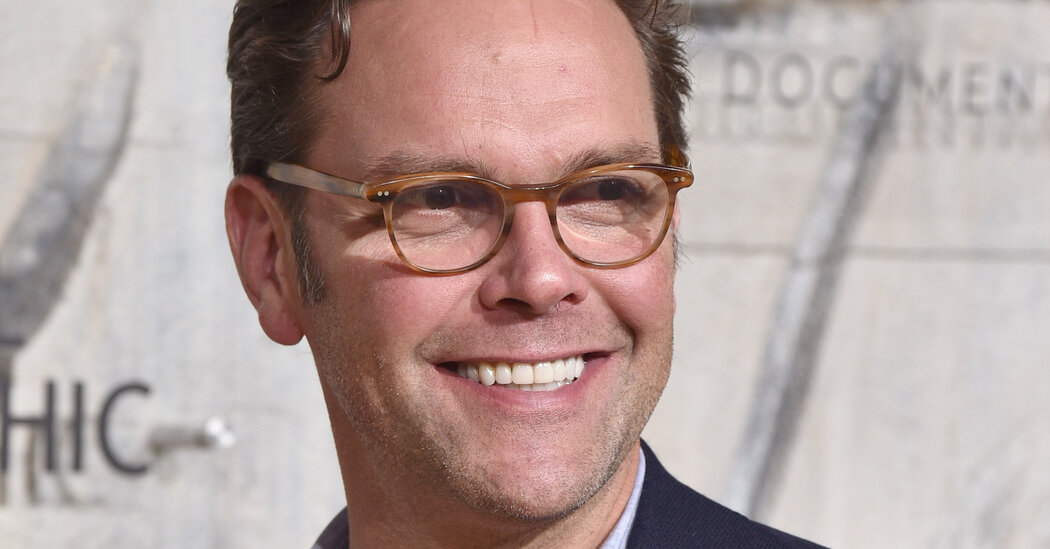 James Murdoch wants the world to know he is out of the family business.

Once considered a potential heir to Rupert Murdoch’s global media empire, Mr. Murdoch on Friday resigned from the board of the newspaper publisher News Corp, severing his last corporate tie to the companies founded by his father.

“My resignation is due to disagreements over certain editorial content published by the Company’s news outlets and certain other strategic decisions,” Mr. Murdoch, 47, wrote in his resignation letter, which News Corp disclosed in a filing shortly after the close of business on Friday.

The terse note belied the behind-the-scenes drama that has brought Mr. Murdoch to this point in his life and career. And it completed a schism that has left James estranged from his 89-year-old father and his older brother, Lachlan, once a dynastic triumvirate that for years held sweeping influence over the world’s cultural and political affairs.

A political outlier in his conservative-leaning family, James Murdoch has sought to reinvent himself as an independent investor with a focus on environmentalism, and has taken public stands against President Trump, who counts Fox News, a prime Murdoch asset, among his closest media allies.

And in February, as wildfires raged across Australia — his father’s birthplace — Mr. Murdoch issued a rebuke of his own family’s media properties, criticizing how Murdoch publications have covered climate change. Rupert Murdoch has described himself as a “climate skeptic,” while James has lately invested millions in companies that emphasize sustainability.

Mr. Murdoch remains a beneficiary of his family’s trust, meaning he will continue to financially benefit from the profits of Rupert Murdoch’s news and information assets.

But his last formal link to the family business was through News Corp, which publishes influential broadsheets like The Wall Street Journal as well as powerful tabloids, including The Sun of London and The New York Post. The company also oversees several other papers in Britain and publications in Australia.

James Murdoch had already departed the Fox Corporation, the family’s television and entertainment arm, after his family transferred many of its assets to The Walt Disney Company in a blockbuster sale that was completed last year.

There were discussions about the possibility of Mr. Murdoch joining Disney, but those talks came to nothing. Meanwhile, his 48-year-old brother was named the executive chairman and chief executive officer of Fox Corporation, which includes Fox News, Fox Business and Fox-branded sports and entertainment television networks.

James Murdoch netted $2 billion from the Disney deal and has tried to rebrand himself as an investor who is focused on environmental companies and causes. That interest was apparent during the time he worked under his father, when he championed sustainability projects at Sky, the European satellite giant that was formerly part of the Murdoch empire, and helped pour hundreds of millions of dollars into the National Geographic Society’s endowment fund.

A spokeswoman for Mr. Murdoch declined to comment further on the reasons for his departure, saying the letter “speaks for itself.”

His father and Lachlan Murdoch, co-chairman of News Corp, said in a joint statement on Friday: “We’re grateful to James for his many years of service to the company. We wish him the very best in his future endeavors.”

After the merger deal with Disney was completed, James Murdoch tended to steer clear of the family business. He started his own investment firm and named it Lupa Systems. In Roman mythology, Lupa is the wolf goddess who nurtured Romulus and Remus, the twin brothers who became the founders of Rome. The firm specializes in early stage start-ups, taking on a nurturing role in the fledgling businesses.

Mr. Murdoch has also taken a starkly different tack with his media investments. In October, he bought a small stake in Vice Media, the irreverent news brand focused on youth and entertainment. He has been less interested in traditional media businesses.

In August, Mr. Murdoch led a consortium of investors to buy a controlling stake in Tribeca Enterprises, which owns the Tribeca Film Festival as well as a production studio. He also put money into Artists, Writers & Artisans, a new comics publisher founded by former Marvel executives.