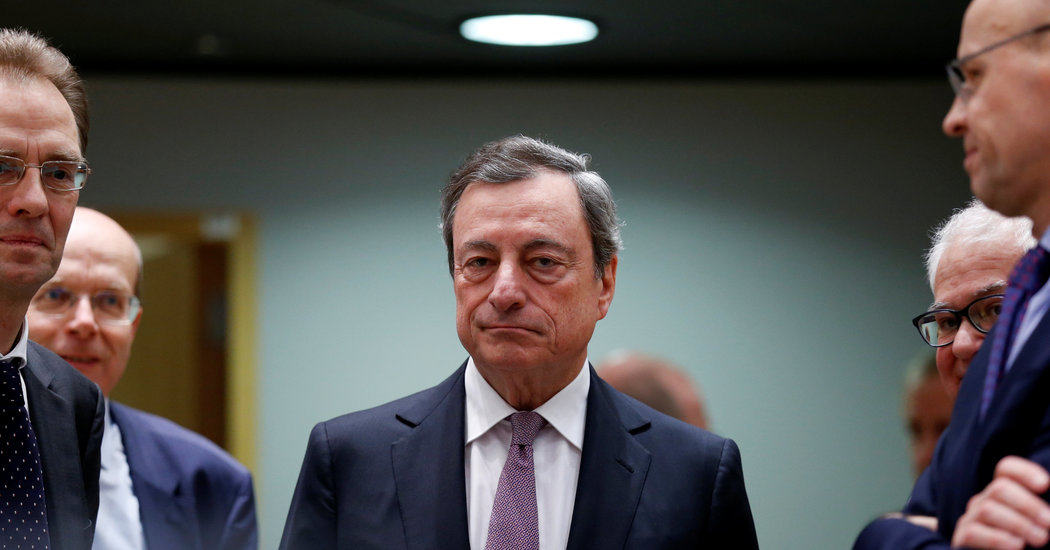 The country’s political deadlock and economic doldrums are a threat to the rest of the common currency area. Italy’s government debt — measured as a percentage of economic output — is among the highest in the world and, in Europe, second only to Greece’s.

But Italy also has the eurozone’s third-largest economy, with output 10 times that of Greece, making it a far bigger danger to the region’s financial stability if investors begin to doubt the government’s solvency.

“We have to bury the hope that Italy will catch up with Germany and France with reforms,” Holger Schmieding, chief economist at Berenberg, a German bank, said over lunch with reporters in Frankfurt on Tuesday. “Italy will more likely worsen its ability to carry its debt.”

Italy is not the only risk for Europe to appear in recent days. Trade relations with the United States are in doubt after President Trump threatened to impose tariffs on steel and aluminum imports, prompting the European Union to consider retaliating with levies on products like Harley-Davidsons and bourbon. Surveys show that the threat of a trade war has clouded the optimism that had prevailed among European consumers and business managers.

All those uncertainties are rattling financial markets. As a result, the Governing Council “may not want to add to the confusion by changing its monetary policy statement this week,” analysts at Barclays said in a note to investors.

Instead, policymakers will probably leave well enough alone and continue to express their readiness to ramp up the stimulus if there is any sign of trouble. The council is scheduled to announce any decisions at 1:45 p.m. Frankfurt time (7:45 a.m. Eastern time), and Mario Draghi, the president of the central bank, planned a news conference beginning at 2:30 p.m.

To be sure, there is a faction on the Governing Council that is worried that inflation, now dormant, could get out of hand if the central bank waits too long to stop its purchases of government and corporate bonds, a form of money printing intended to stimulate the economy.

So far that faction has been in the minority.

More likely, the outcome of the meeting will be similar to the one in January. Then, members of the Governing Council talked about whether the central bank should change what is known as its forward guidance — the wording it uses to signal its intentions to financial markets. A tweak in the language would set the stage for the central bank to phase out bond purchases by the end of this year and begin raising official interest rates in 2019.

But, according the European Central Bank’s official account of the meeting, “changes in communication were generally seen to be premature at this juncture.”