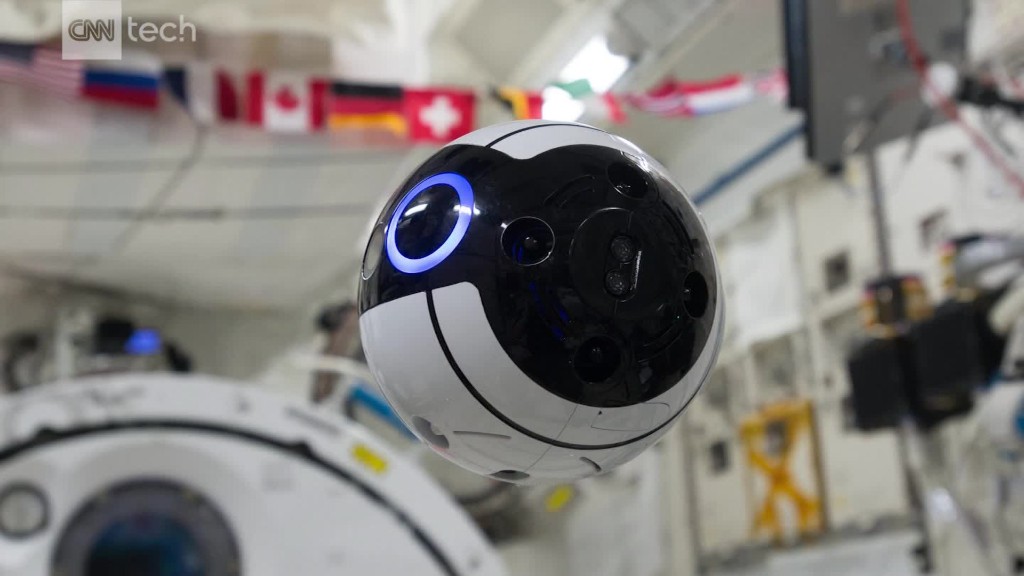 It turns out, an ultra-powerful computer can function just fine in the harsh environment of outer space — even if it hasn’t been bolstered with extra protection.

That’s what scientists learned when the Spacebourne Computer — a supercomputer built by Hewlett Packard Enterprise — was switched on at the International Space Station last week for a new experiment by HPE (HPE, Tech30) and NASA. HPE announced the success on Wednesday.

When the computer’s lights flickered on, it was a big moment. Before then, scientists weren’t sure if a commercial off-the-shelf supercomputer would even be able to power on in space.

“My wife doesn’t like me to say it, but next to our wedding and the birth of our children, this was pretty exciting,” joked Mark Fernandez, the HPE engineer who is heading up this new experiment.

Some experts predicted the computer would be too jolted from launch to even turn on when it reached space. Others thought it would fry up after just a few hours.

Even Fernandez didn’t expect everything to go so well.

“We kind of blocked out our workweek in anticipation of all sorts of headaches,” Fernandez told CNNMoney. “But we had a pretty calm, boring weekend.”

Related: Want a job as a NASA astronaut? Read this

Astronauts aboard the space station already have a bunch of devices you’d find at your local electronics store — including HP (HPQ) laptops.

A functioning supercomputer in space has big implications for all sorts of exploration efforts — including a potential Mars mission — and it’s good news for companies down here on Earth.

Julie Robinson, the chief scientist for NASA’s space station program, told CNNMoney last month that high-quality satellite images of Earth are a huge point of interest for the private sector. They could help track things like crop growth or oil exploration.

A supercomputer on board the space station would be hugely valuable for its ability to process high-definition images in space, rather than clogging up the communications pipeline with Earth, Robinson said.

And one day, a similar computer could be used by astronauts traveling to Mars — allowing them to process images or other large data sets on board their spaceship. That’s particularly crucial for a deep-space mission because communication with Earth could be cut off for hours or even days at a time.

Space-bound computers so far have been slow to reach such powerful data processing capabilities.

Most high-powered hardware that goes to space has undergone significant retrofitting via a process called “hardening” — which means it’s been beefed up with extra protection to keep it safe. The hardening process can take so much time that computers can become really outdated before they ever reach the launch pad.

But the Spacebourne Computer is identical to one you’d buy here on Earth, except for some special software that can detect when the computer is exposed to something dangerous — like high radiation levels — and make small adjustments to keep it safe.

The supercomputer has only run some diagnostic tests so far, Fernandez, the HPE engineer, said.

So far, so good: It was able to process data at a rate of one trillion calculations per second, 30 times quicker than a laptop.

That’s just as fast as an identical supercomputer plugged in on Earth. So, essentially, neither the arduous trip aboard a rocket nor the dangerous radiation in space has affected the supercomputer’s performance.

But it’s not over yet. The goal is to keep it running smoothly for one year — or roughly the length of a Mars mission.

“If we start seeing errors or failures, we may have to [make software adjustments] and then start the clock back at zero,” Fernandez said.