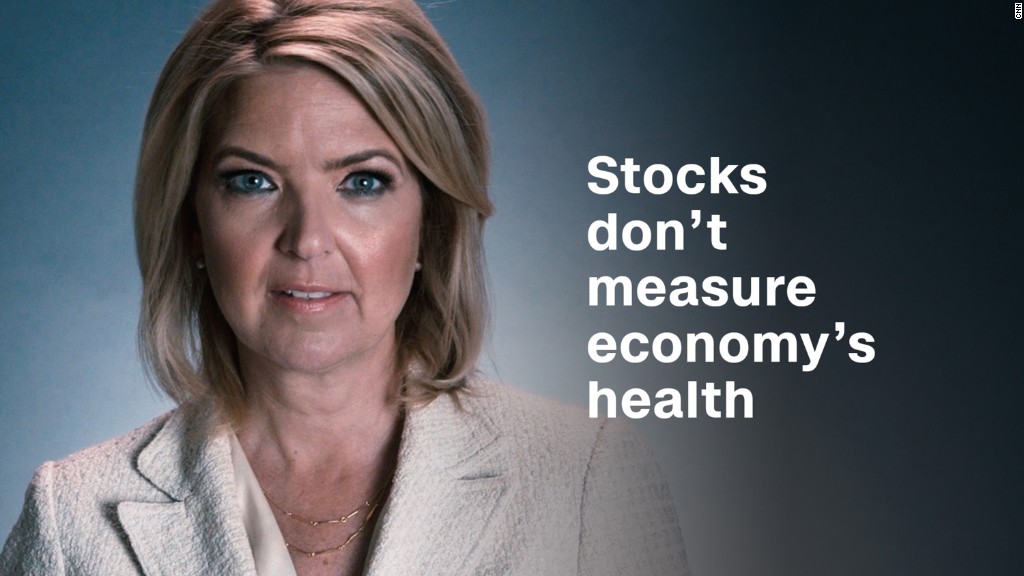 But are investors really nervous about a possible military conflict with Kim Jong Un? Or are people using these geopolitical concerns as an excuse to take money out of the market — tech stocks in particular?

The Nasdaq, Wall Street’s home to many high profile tech companies, was down more than 1.5% in late afternoon trading. That’s a much steeper drop than the ones experienced by the Dow and S&P 500.

However these stocks — along with tech giants Microsoft (MSFT, Tech30) and Alphabet (GOOGL, Tech30), Google’s parent — have been among the top performers all year.

It makes sense that investors would start to cut their positions in some of their winners and look for other investments that might be better bets for a rockier period for the markets and global economy.

To that end, gold prices shot up to near $1,300 an ounce — their highest level in several months.

The yield on the 10-year Treasury bond fell to 2.2% and is approaching its lowest level of the year. That is significant because yields fall when bond prices rise.

In other words, investors are dumping stocks and buying bonds, which many view as a safe haven in times of turmoil.

But in some respects, investors do seem more scared.

The VIX (VIX), a measure of Wall Street volatility, spiked more than 30% Thursday. CNNMoney’s Fear & Greed Index, which looks at the VIX and six other gauges of market sentiment, tipped toward Fear.

The index was showing signs of Greed just two days ago while the Dow was in the midst of a winning streak that included nine straight record highs.

Still, the market has had several fits and starts over the past few months.

The Dow fell for eight straight days back in March. That was the longest losing streak since 2011. But the market quickly bounced back, led by many of the tech stocks that were sinking on Thursday.

Investors are no longer ignoring headlines — and their mood may turn on a dime.