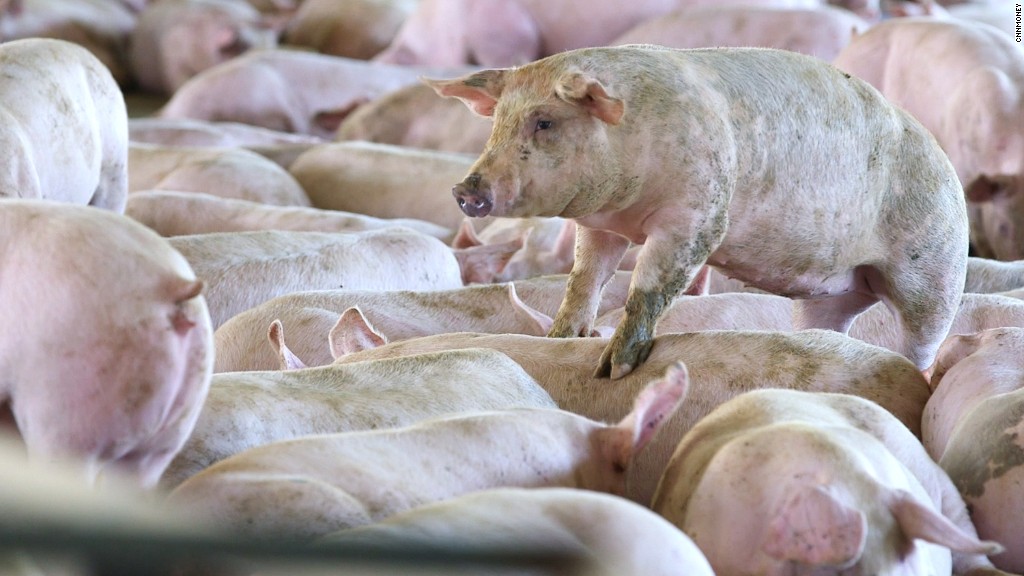 First it was tobacco. Then sugar. Will meat be taxed next?

Farm Animal Investment Risk and Return (FAIRR), an investor network that advises on factory farming, says it is “increasingly probable” that countries will start taxing meat in order to fight climate change.

The group, backed by investors who manage $4 trillion in assets, argues that some governments could introduce “sin taxes” on meat consumption within five to 10 years in order to reduce greenhouse gas emissions.

Livestock farming is responsible for around 14.5% of all such emissions, according to the Food and Agriculture Organization of the United Nations. It also requires huge amounts of water and land.

Researchers say the issue must be addressed if countries are going to stick to the Paris Climate Agreement, the second anniversary of which is being celebrated Tuesday at a summit in Paris.

The aim of the Paris agreement, which has been signed by nearly 200 countries, is to limit warming to 1.5 or 2 degrees Celsius above pre-industrial levels.

But increased meat consumption could spoil their efforts.

The UN forecasts that global demand for livestock products will double by 2050, as populations grow and become richer. The same year, agriculture could account for more than half of all emissions allowed under the Paris accord.

“It is clear that agricultural emissions have to be addressed,” said Marco Springmann, a senior environmental sustainability and public health researcher at Oxford University.

Chatham House, a think tank in the U.K., said that technological improvements could make a dent in agriculture emissions, but the only way to truly address the issue is to get people to eat less meat.

It has recommended that governments adopt reforms including taxation in order to change public behavior. The UN has also called for policies designed to lower meat consumption.

Many countries have so far exempted agriculture from policies that aim to reduce emissions, because of concerns over food security and a backlash from the public and businesses.

Rosie Wardle, head of investor engagement at FAIRR, argued that a consensus is emerging on two related issues: eating too much meat is bad for the environment, and it is increasingly recognized as being harmful to health.

“When we looked at the pathways to taxation with the other products — tobacco, carbon and sugar — the first step is that international consensus, and we think meat is on the pathway to that,” she said.

Related: Nestle picks ‘benevolent bacon’ for its next meal

There are already some signs of change. Taxes on meat have been proposed in Denmark, Sweden and Germany, but none have turned into policies.

“It seems inevitable that meat consumption needs to go down,” said Jonathan Verschuuren, a professor at Tilburg Law School in the Netherlands. “The challenges are so big, and the changes that are needed so drastic, that all possible regulatory instruments have to be used, including a meat tax.”

Springmann said taxes on meat must be properly introduced and explained to the public. They should also be designed in a way that would protect poorer families that struggle to buy food.

Still, it may be a difficult conversation to start in some countries.

Chatham House cautioned that the public recognition of agriculture’s role in climate change is “markedly low” compared to other sectors.

“The received wisdom among governments and campaign groups appears to be that trying to reduce consumer demand for meat and dairy products is at best too complex, and at worst risks backlash,” the group warned.