Ford Motor Company (NYSE: F) said that its sales in Europe rose 8% in February, outpacing the overall market, on big gains for its SUVs and commercial vehicles. 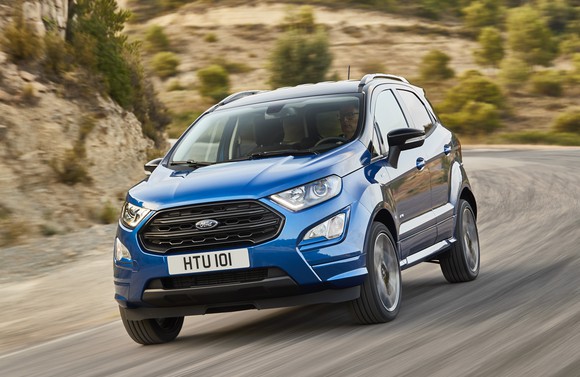 Ford sold about 97,400 vehicles in February in the 20 Western and Central European markets that it considers its primary marketplace in Europe (what Ford calls the “Euro 20”.) That was up 8%, or about 7,200 vehicles, from its total in February 2017. Because Ford’s gain outpaced the overall market’s 4.2% increase, its market share in the Euro 20 rose 0.3 percentage points from a year ago, to 7.5% for the month.

In Europe as a whole, including Russia, Turkey, the former Soviet republics, and the countries of Eastern Europe (what Ford refers to as the “Euro 50”), Ford sold about 110,000 vehicles in February, up about 8,500 from a year ago.

Here’s a look at how the five best-selling Fords in Europe fared last month.

Data source: Ford Motor Company. Sales totals are for the Euro 20 only and are rounded to the nearest 100 vehicles.

Surprises? The Fiesta and Focus are doing well, but they almost always do well in Europe. The European Fiesta is an all-new model; Ford said it was the best-seller in its segment in Europe last month, with a 9.9% market share.

If there’s a surprise, it’s the big year-over-year sales growth for Ford’s small SUVs. The Kuga (a near-twin to the U.S.-market Escape) and EcoSport were both recently revamped, and they helped drive Ford’s overall SUV sales in Europe up 37% for the month. (Ford also offers the midsize Edge in Europe, but it’s a harder sell: About 1,000 were sold in February, down 9% from last year.) 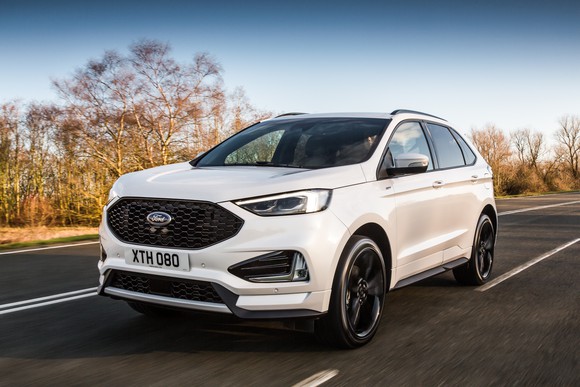 The big question: Can Ford sustain this pace?

Globally, Ford’s sales have lagged to some extent because of the age of its product line, a problem that Ford’s senior management frankly acknowledged in a presentation to investors last week . The Blue Oval is in a tough spot in its product-development cycle; there are a lot of new models on the way, but right now the average age in its showrooms is quite high. That contributed to Ford’s woes in Europe last year, when its pre-tax profit in the region fell to just $234 million in 2017 , down 81% from 2016.

The good news is that — in Europe, at least — a slew of new products is set to arrive this year. They’ll be led by an all-new Focus this spring; assuming that Ford can quickly ramp up production, the Focus should help boost sales (and profit margin) later in the year. Also on the way: refreshed versions of the Edge and the small Transit Connect van.

10 stocks we like better than Ford
When investing geniuses David and Tom Gardner have a stock tip, it can pay to listen. After all, the newsletter they have run for over a decade, Motley Fool Stock Advisor , has tripled the market.*

David and Tom just revealed what they believe are the 10 best stocks for investors to buy right now… and Ford wasn’t one of them! That’s right — they think these 10 stocks are even better buys.