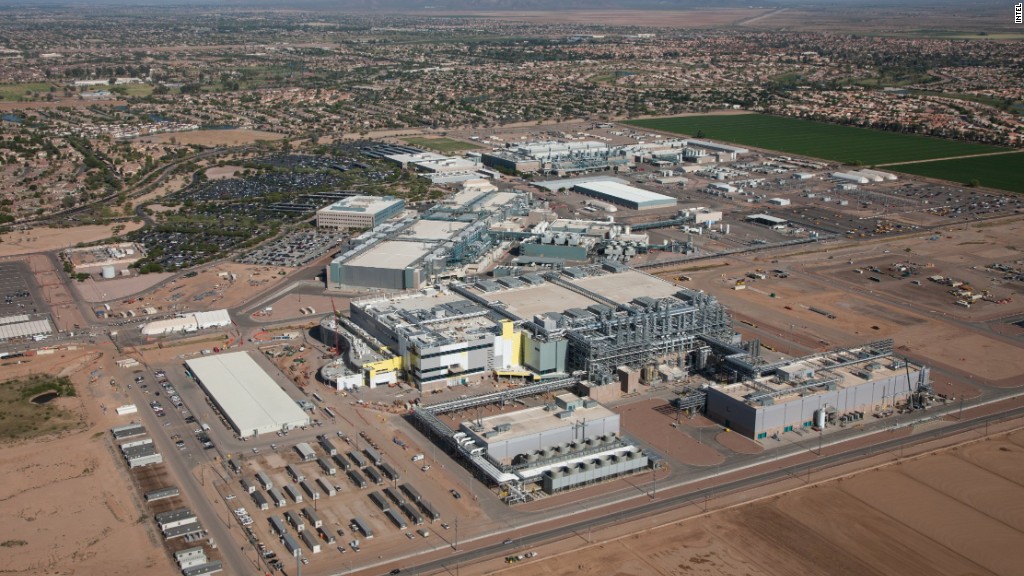 One day after Intel CEO Brian Kraznick stepped down from President Trump’s manufacturing council to protest Trump’s response to the white nationalist rally in Charlottesville, the firm released its mid-year diversity report.

The move is symbolic: Krzanich says he wants companies to turn “tragedy into action.”

“Over the past two weeks, sharp debate — and, tragically, even violence — over issues of race and gender has reminded us that there is still so much work to do to build a society that abhors prejudice and values love over hate and equal opportunity for all,” wrote Krzanick. “I ask each of you to join me in turning this tragedy into action.”

Intel’s efforts to foster a more diverse workforce is paying off — and at a time when it’s arguably more important than ever.

The report, released on Tuesday, charts the firm’s progress on its 2015 pledge that its workforce of 50,000 would mirror the diversity of the U.S. workforce by 2020.

That means 40% of employees should be women and underrepresented minorities, which includes African-Americans, Hispanics and Native Americans.

Related: Former Google engineer: ‘I do not support the alt-right’

Intel said it can achieve its goal of full representation by adding another 800 women and minority employees. That’s down from the 2,300 positions it needed to fill 2014.

And Kraznick announced that he’s moved up the original goal, and now expects Intel to achieve full representation by 2018.

Hiring and retaining diverse employees, especially in technical roles, has been difficult for major tech companies. Intel’s technical workforce is made up of 68.2% white men, 22.1% women, 8.1% Hispanic and just 3.4% black.

“We have more work to do in achieving full representation by African Americans in technical roles,” noted Barbara Whye, Intel’s chief diversity and inclusion officer in a blog post.

Intel reported progress in areas like representation of women (which increased by .3% to 26% since 2016) and underrepresented minorities in technical in mid-to-senior roles. “Encouragingly, we’re seeing stable progress of female, Hispanic and Native American representation,” wrote Whye.

The company also said it is seeing improved retention rates, citing the addition of WarmLine last year, a support channel for employees to explore options with a personal adviser before deciding to leave the firm.