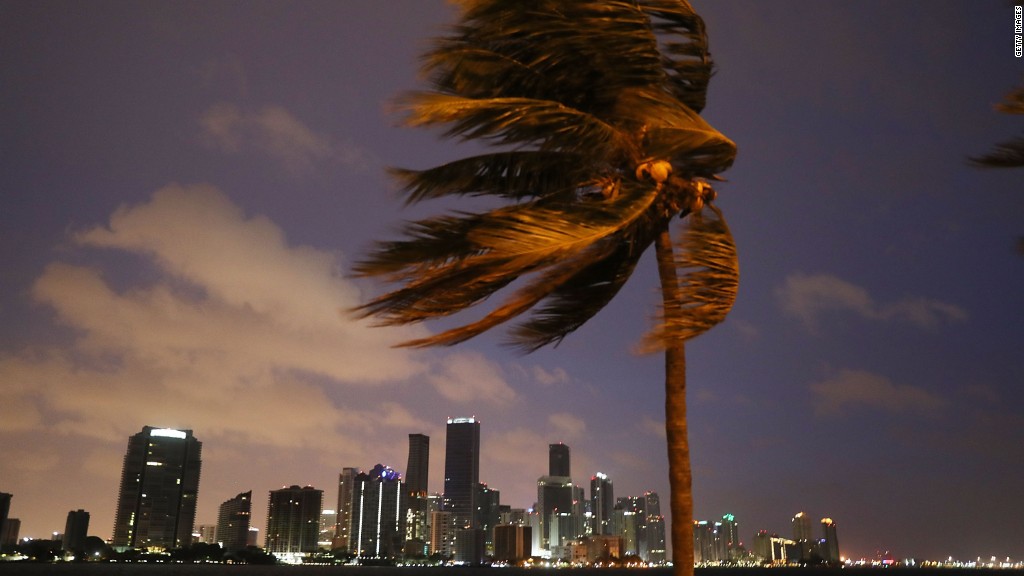 Just two weeks after Hurricane Harvey pummeled Johnson Space Center in Houston, Hurricane Irma is headed for Kennedy Space Center, which sits on an island due east of Orlando.

The two complexes are key for NASA’s human spaceflight programs. The Houston base handles mission control operations, but Kennedy is home to a sprawling launch complex where rockets take flight. The Apollo missions, including the moon landing mission, launched from here.

Similar to employees at the Houston complex, which suffered “significant damage” during Harvey, a small team of NASA employees is locked down inside Kennedy Space Center as Irma hurtles toward their compound.

They’re in charge of ensuring that Kennedy’s essential infrastructure is kept safe as Irma tears through the area.

One team member described his current living quarters: cots are bunched together where there’s spare room, a table littered with snack food was assembled potluck style and there’s only one shower for all 120 crew members.

“We’re thinking about putting up a sign-up sheet,” Brady Helms, an emergency management analyst at NASA said. Luckily, he said, they’re only expected to be trapped inside for about 72 hours.

Helms is calm and in good spirits. He’s done this before.

Just last year, he was part of the ride-out team that stayed put at Kennedy while Hurricane Matthew loomed. It reportedly caused millions in damages at the space complex, but no one was harmed. The structure the Kennedy crew is stationed at, the Emergency Operations Center, is built to withstand the fierce winds of a hurricane.

Irma isn’t expected to hit central Florida until late Sunday. It’s also expected to veer toward the west coast, so the Kennedy complex, on the east coast, could avoid the full brunt of the storm.

NASA still has plenty to be concerned about. Irma could carry fierce winds that top 100 mph. It’s also expected to dump massive amounts of rain and unleash surging flood waters.

But Helms said their primary concern is tornadoes.

“We’re in a prime spot for tornadoes based on the latest estimates,” he said.

Nonetheless, the team is extremely organized and orderly, says Al Feinberg, a NASA spokesperson, who has joined the ride-out team for the first time.

After the storm passes, the team will assess any damage and alert a recovery squad.

For now, however, it’s a lot of “sitting and waiting,” Helms told CNNMoney.