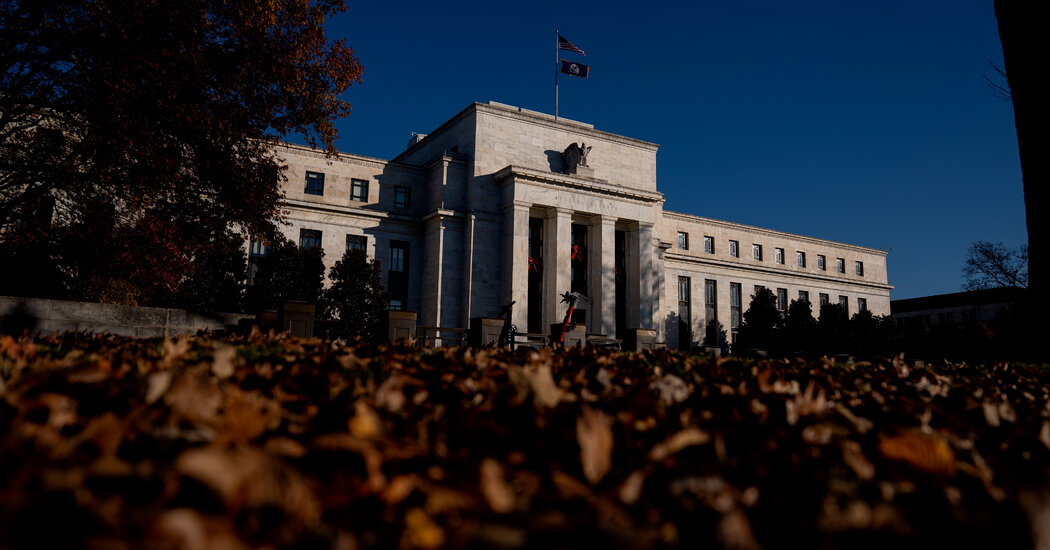 Worries about inflation dominated the Federal Reserve’s November policy meeting, with some policymakers suggesting that the central bank should move more quickly to reduce its bond-buying program in order to give it flexibility to raise interest rates sooner if necessary, minutes from the Fed’s November meeting showed.

The Fed has been buying $120 billion in bonds each month and has kept interest rates near zero, policy moves that have helped make borrowing cheap and keep money flowing through the economy. Earlier this month, the Fed took the first step toward withdrawing support for the economy when it announced that it would begin scaling back its Treasury bond and mortgage-backed security purchases by $15 billion a month starting in November.

“Some participants suggested that reducing the pace of net asset purchases by more than $15 billion each month could be warranted so that the committee would be in a better position to make adjustments to the target range for the federal funds rate, particularly in light of inflation pressures,” the minutes showed, referring to the Federal Open Market Committee, which sets interest rates.

Those comments reflected uncertainty at the central bank over how long supply chain kinks and elevated prices might continue. Fed officials maintained their expectation that inflation would diminish “significantly during 2022,” but policymakers “indicated that their uncertainty regarding this assessment had increased.”

“Many participants pointed to considerations that might suggest that elevated inflation could prove more persistent,” officials said.

Inflation has picked up over the past year, posing a challenge for the Fed, which is responsible for maintaining stable prices, along with fostering maximum employment. Prices have continued to surge since the Fed’s last meeting, a trajectory that could push policymakers to reduce their economic support more quickly than previously expected.

Data released on Wednesday showed that prices were rising at the fastest pace in three decades as consumers face higher prices for gas and food. Prices climbed by 5 percent in the 12 months through October, according to the Personal Consumption Expenditures index, the Fed’s preferred measure of inflation.

Richard H. Clarida, the Fed’s vice chair, hinted last week that it could be appropriate for policymakers to consider speeding up their process of slowing bond purchases at their next gathering, saying that he will be looking “closely at the data that we get between now and the December meeting.”

Mary Daly, the president of the Federal Reserve Bank of San Francisco, told Yahoo Finance this week that she would be open to supporting a quicker end to the bond-buying program if economic trends did not improve.

“If things continue to do what they’ve been doing, then I would completely support an accelerated pace of tapering,” Ms. Daly said.

Officials have tried to separate their path for slower bond buying from their plans for interest rates. But investors increasingly expect rate increases to start midway through 2022.

The Fed has said that it wants to achieve full employment before raising borrowing costs to cool the economy.

Data released by the Labor Department on Wednesday found that initial jobless claims dropped to their lowest point since 1969, falling to 199,000 last week.