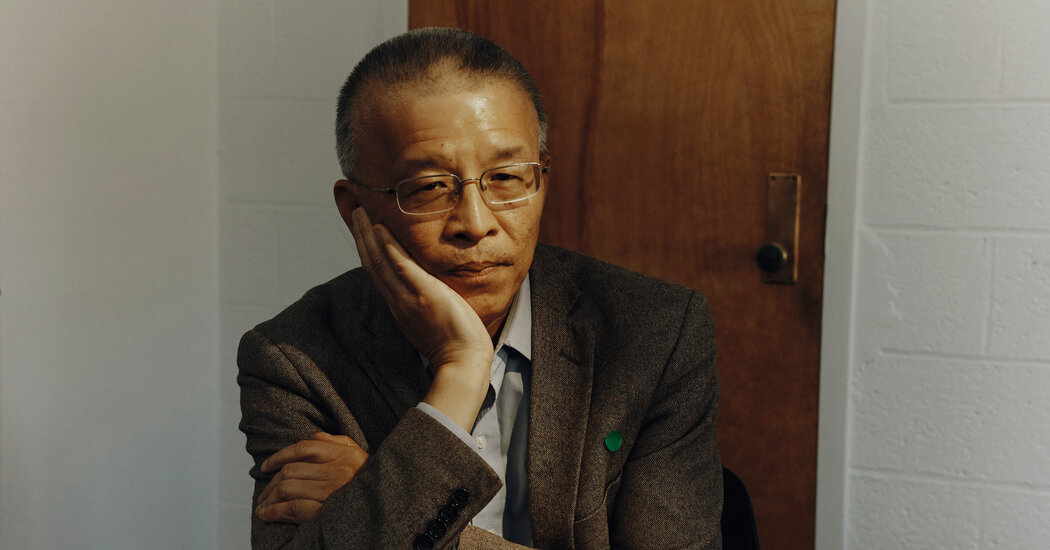 “Most of us, when we looked at the government accusation, we said, ‘Wow, he did that?’” he said. “You see, you tend to believe in government.”

But he, too, was under investigation. That same month, Dr. Chen was detained for two or three hours at Logan International Airport as he returned from a trip to China, Egypt and Morocco. He answered questions from a Homeland Security agent, balking only at the end of the interview, when the agents asked for the passwords to his devices.

M.I.T. provided him an outside counsel, Robert Fisher, a former prosecutor who met with him eight times over the course of the next year. Still, Dr. Chen said, he had little concern that the investigation would result in anything.

At 6:30 a.m. on Jan. 14, 2021, he was making coffee when someone came to the door. He opened it to see between 10 and 20 federal agents. He was told to stand in a corner while agents went to wake his wife and daughter. When his wife saw that he was being handcuffed and led away, she began to speak to the F.B.I. agents, and he considered calling out to her, to tell her to stop, but was afraid to speak.

“I didn’t dare use Chinese — because I spoke with her in Mandarin, right, most of the time — but I didn’t dare to use Chinese,” he said. “I regret so much, once they took me away, because I should have shouted in Chinese to her, ‘Anything you say can be used against you.’”

Dr. Chen spent the next few hours in custody, pacing in his cell and then doing yoga. He remembers asking the F.B.I. agents whether they had been asked to make sure he did not commit suicide, and reassuring them that he did not intend to. When he was finally released, at around 2 p.m., and was in a car on the way home, he began shaking.