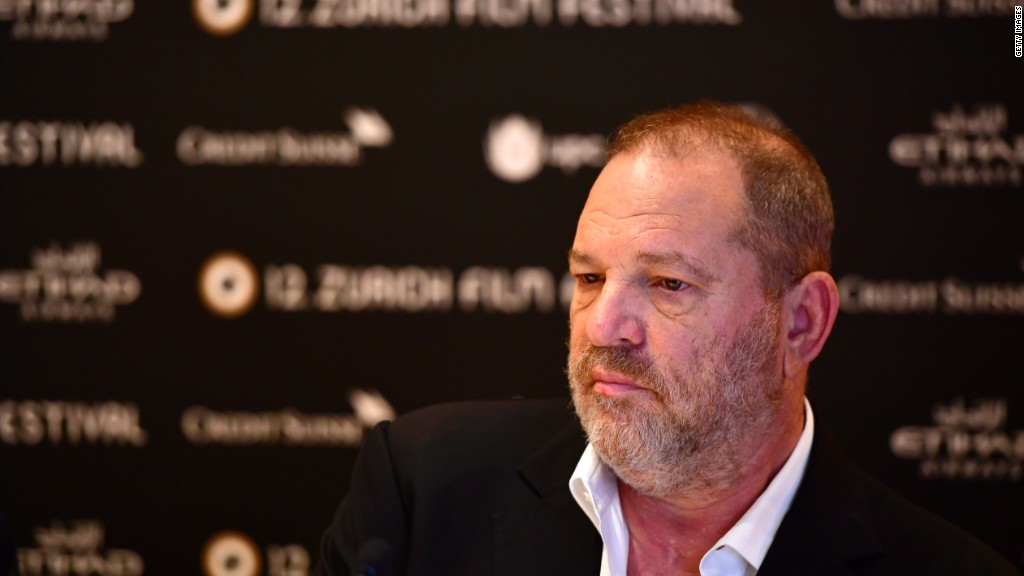 The two men now running The Weinstein Co. are rebutting claims they must have known about Harvey Weinstein’s sexual misconduct.

Harvey’s brother Bob told The Hollywood Reporter that “the members of the board, including myself, did not know the extent of my brother’s actions.”

Bob Weinstein said he knew Harvey cheated on his wife, but “no F-in way was I aware that that was the type of predator that he was.”

Bob’s contempt for Harvey came through loud and clear throughout the interview. He called his brother “sick and depraved” and said Harvey should pay for his misdeeds. “And I am sick for the victims. And I feel for them. I feel for them,” Bob said.

David Glasser, the company’s chief operating officer, had similar things to say in an interview with another Hollywood news site, Deadline.com.

He put it this way: “I would never, ever, allow any employee to walk into the doors of this company, or a piece of talent to work with us, if I knew my boss was sexually assaulting women. That is unacceptable, in every way. I hate what he did and it makes me sick to my stomach.”

Glasser acknowledged that he knew about a few specific incidents, like a temporary employee who alleged in 2014 that Weinstein invited her to a hotel and implied that he’d boost her career if she slept with him. This account was described in last week’s New York Times investigation.

“I only wish I knew these singular events were part of a much bigger pattern, so we could have done more to stop this,” Glasser told Deadline.

Glasser and Bob Weinstein’s comments are notable because many onlookers have asserted that senior management at Weinstein Co. must have turned a blind eye to Weinstein’s conduct with women.

As Jodi Kantor, one of the Times reporters, asked in an interview with CNN: “How could woman after woman tell the same story for 30 years and basically nothing happened and nothing changed?”

Recent stories from The Times and The New Yorker forced the issue out into the open. Harvey Weinstein now stands accused of rape by four women. Dozens of other women have lodged allegations of assault or harassment.

Now the company’s rapidly dwindling board of directors is bracing for lawsuits.

Glasser and Bob Weinstein declined to answer some key questions about who knew what when, potentially due to the looming possibility of lawsuits. But they generally pushed back on claims of complicity.

Bob said he wouldn’t comment on what the company knew about Harvey’s settlements with women when his employment contract was negotiated and renewed in 2015.

Both men said they are seeking a way forward for the Weinstein Co., which has been paralyzed by the scandal.

“I know they’re saying ‘Shut this company down.’ Well, they didn’t shut Fox News down,” Bob told The Hollywood Reporter, alluding to the Roger Ailes scandal that resulted in his ouster from Fox last year.

“My brother is the one that should pay with everything,” Bob said. “And I mean literally — whether it’s criminal or otherwise — I will be supportive of all of that. But I don’t think the people that are the employees of this company or the company itself should pay.”

But the company already is paying in some ways.

Its next film, “The Current War,” was supposed to come out in November, but it has now been delayed to early 2018.

And its forthcoming TV projects with Amazon have been scrapped.

“We no longer plan on moving forward with the David O. Russell Project” that was in development at Weinstein Co., Amazon said Friday night. “As for ‘The Romanoffs,’ we intend to move forward without the involvement of Weinstein,” a spokesman said.

The company may be sold off in pieces.

“My opinion is that The Weinstein Company as it sits today, is done,” Glasser said to Deadline. “The reality is, in its current form, the name, the brand has been completely torpedoed and destroyed. I do feel there are probably other incarnations we have to look at.”

Bob sounded more bullish in his interview — even while many staffers are pessimistic.

He said the company’s bankers are “supporting us” and “there is a plan to come out on the other side. And also the other side that makes the public rightfully feel happy that what Harvey stood for exists no longer. The public deserves that. The victims deserve that. Everybody deserves that.”

Bob Weinstein also confirmed that the company is working on a name change.