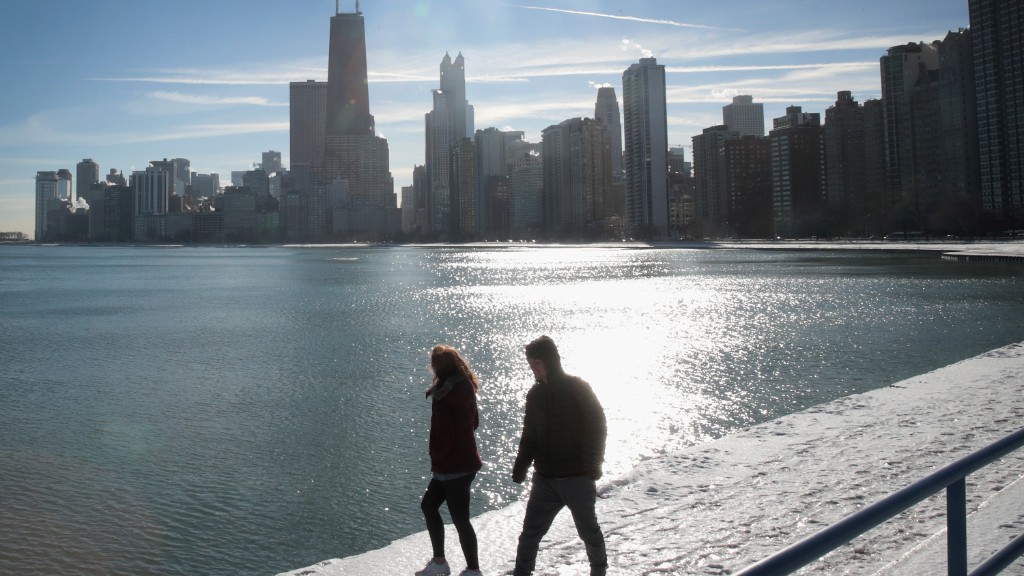 Illinois narrowly avoided becoming the first U.S. state ever slapped with a “junk” credit rating from S&P Global Ratings after it passed its first budget in more than two years.

The ratings firm removed the threat of an imminent downgrade for the fifth most populous state in the country on Wednesday, ruling that the Illinois budget deal has lowered the risk of a “liquidity crisis.” Now the state is rated one-notch above “junk” territory, and S&P said the odds of a downgrade within the next year have “substantially diminished.”

However, the state’s two-year budget stalemate and looming pension time-bomb could still trigger a humiliating downgrade from one of the other major ratings companies. Moody’s, for instance, warned right before the budget was approved that potential “shortcomings” in the deal could trigger a downgrade from its organization.

Illinois passed the budget last week after state lawmakers agreed to raise income taxes by 32%, and to start paying down an incredible $15 billion of unpaid bills. Republican Governor Bruce Rauner vetoed the budget and called it a “disaster,” but both houses of the state legislature voted to override his veto.

Several Illinois lawmakers said they backed the budget compromise to avoid the dishonor of earning a “junk” credit rating for the state.

Related: Illinois finally gets a budget — but it’s still in trouble

S&P said the budget package brings the state’s revenue and spending closer to parity and “reduces the near-term uncertainty that had come to characterize its financial operations.” The budget calls for $36.6 billion of estimated spending for fiscal 2018 and $36.3 billion in revenue, leaving an operating deficit of $289 million that S&P called “modest.”

Illinois’ compromise budget established a permanent tax increase to raise $5 billion, with individual rates rising to 4.95% from 3.75% and corporate tax rates increasing to 7% from 5.25%.

But Illinois is still in financial trouble, even if the risk of a downgrade has been removed by S&P.

That’s because the budget does not comprehensively address the state’s burdensome pension liabilities, S&P said. After decades of financial mismanagement and budget gimmicks, Moody’s estimates that Illinois is on the hook for an estimated $251 billion to retired state workers.

The budget package authorized Illinois to sell up to $6 billion in bonds in an effort to pay down some — but not all — of its $15 billion in unpaid bills.

Moody’s, which takes between 30 and 90 days to complete its credit rating reviews, continues to dangle that threat of a downgrade. Fitch Ratings, another major ratings firm, downgraded Illinois to two levels above “junk” in February. None of the big three ratings companies have ever slapped a “junk” rating on a U.S. state.

Illinois will continue to grapple with a very difficult political situation, one that caused the initial financial mess and more recently exacerbated it.

S&P pointed the finger squarely at politicians, saying the state is susceptible to financial stress “as a direct consequence of intransigent political leadership.”