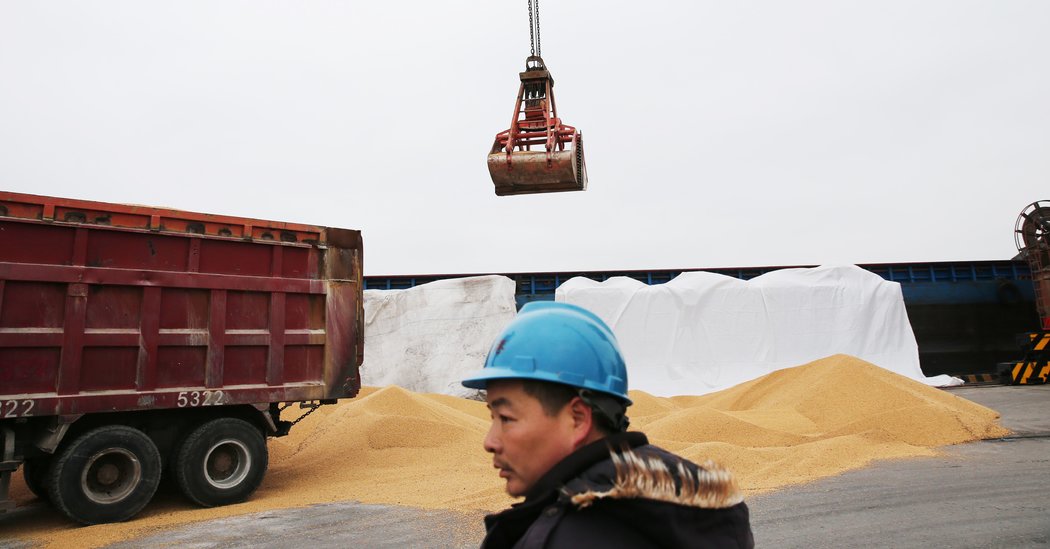 So far in the trade skirmish between the United States and China, there has been a reassuring sense of restrained, tit-for-tat reciprocity.

But if this spirals into a bigger conflict between the world’s two biggest economies, it’s worth keeping something in mind: In a trade war, the usual rules of commerce may not apply.

That is doubly true in a potential trade war with China, for several reasons.

Because the country exports far more in goods to the United States than it imports, China simply doesn’t have as much room to keep up with escalating American tariffs, especially given the Chinese government’s desire to cushion its citizens from higher prices for food staples.

Moreover, China has in the past proved willing to use a wide range of government powers to achieve commercial objectives — from campaigns against out-of-favor companies in state media to selective, stepped-up regulatory enforcement. And if things really get nasty, the United States and China are financially intertwined in ways that China could seek to exploit — though not without creating risks for a country holding $1.2 trillion in United States Treasury bonds.

“One of the very important tools that the Chinese have is the ability to make life difficult for a large number of American businesses,” said Eswar Prasad, an economist at Cornell University who studies Chinese economic relations. “They have all of these unconventional weapons that are not covered by traditional trading rules that could be potent weapons in actually fighting a trade war.”

The details of what China might do are speculative. Thus far, China’s government has reacted to new tariff actions by the Trump administration with relatively restrained words and promises of proportional responses to the American government’s actions.

Those tariffs won’t even go into effect until after a comment period, setting up a potentially long period of lobbying and negotiation that could rein in their scope or even delay them indefinitely.

But just because matters have been calibrated thus far doesn’t mean they will stay that way. American financial markets have been swinging wildly in recent weeks as investors revise their predictions for what might come next.

The Tough Math of Tit-for-Tat

As President Trump often notes, the United States does run a large trade deficit with China — especially if you look only at goods, and don’t count the value of services. That means that if China seeks to match tariffs on goods — a classic tit-for-tat approach — China runs out of “tats” pretty quickly.

“It mathematically means that China can’t match the U.S. dollar for dollar,” said Brad Setser, a senior fellow at the Council on Foreign Relations. And that’s before you account for the Chinese government’s reluctance to put tariffs on goods that might carry some political or strategic cost.

For example, in its planned retaliatory tariffs, the Chinese government included narrow-body aircraft but not wide-body aircraft. This makes sense strategically, Mr. Setser argued, because only two companies in the world make wide-body planes: Boeing and Airbus. If China put a tariff on planes from the American Boeing but not the European Airbus, it would lose leverage with Airbus with which to extract favorable prices and access to cutting-edge technology.

China has already imposed tariffs on the easy stuff: luxury goods like American wine and liquor, and agricultural goods that are considered luxuries within China, like almonds and pistachios. It is unlikely there will be uprisings in the streets of Shanghai if Kentucky bourbon gets more expensive.

But in the latest round, China has said it will raise tariffs on American soybeans. That is likely to cause President Trump political problems in farm states, but it also risks raising food costs within China. It’s a fair bet, then, that China views remaining options as even more problematic for the prices of staple goods or the country’s industrial strategy.

In other words, for China the low-hanging fruit is gone. If this trade battle continues to escalate, China will have to bear a greater cost.

That reality could push China to seek other buttons to press. And while there is no recent precedent of a trade war to draw from, the Chinese government’s actions in other types of disputes offer a potential road map.

For one thing, American companies do significant business in China that doesn’t show up in trade data. When Apple assembles an iPhone in Zhengzhou and sells it in Shanghai, that doesn’t count as international trade, though the profits accrue to the benefit of a California-based company. The Chinese government has any number of tools to try to weaken that business if it wishes. It could decide that phones made by a foreign company are a national security threat, or shut down plants because of minor regulatory problems.

“That’s the kind of thing they could reduce dramatically if they wanted to,” said Nicholas Lardy, a senior fellow at the Peterson Institute for International Economics. “To their credit, they have not hinted that this is on their agenda, and they seem to be sticking to this idea that their response will be reciprocal and not escalatory. But they have plenty of other options.”

Making life difficult for American companies in China as retaliation in a trade war need not be formal and widely publicized. American automakers who make cars in China might find their local joint-venture partners squeezing them out. Regional governments might send safety inspectors to plants of American companies so often as to disrupt production.

There are more public options, too. For example, in 2013, Chinese state media accused Jaguar Land Rover and Audi of overcharging buyers for car parts, which analysts viewed as part of a campaign to pressure those automakers to locate more manufacturing in China.

Bruising in the Bond Market?

For years, American politicians have fretted about China’s role as the United States’ largest creditor; the nation has accumulated a huge stockpile of Treasury bonds over the last 20 years.

Could China use its role as No. 1 lender to exert pressure in a trade war?

It would be a risky maneuver, in which China itself would potentially have much to lose. But it can’t be ruled out.

If China were to suddenly unload some of its holdings, or even signal an intention to buy fewer dollar assets in the future, that would probably cause long-term interest rates in the United States to rise, at least temporarily. And this would cause some pain in the United States, as borrowing costs — whether for the federal government or individual home buyers — would rise.

But it would also drive down the value of China’s existing bond portfolio, meaning China could lose billions. And it would tend to push down the value of the dollar relative to other currencies, which would actually help the United States attain more advantageous trade terms.

Even after all that, bond prices would most likely readjust over time as other buyers took advantage of the rise in interest rates. In the medium term, the performance of the United States economy and actions of the Federal Reserve do more to determine bond prices than the decisions of a single buyer or seller, even one as large as China.

That doesn’t mean there isn’t room to cause some near-term pain and disruption. “The Chinese have some leverage to rattle U.S. bond markets, even if the threat of substantive action is not very credible,” Mr. Prasad said.

Given that a trade war with such a major trading partner is without precedent in modern times, we don’t really know what it would look like. But it’s a safe bet that Chinese officials are already thinking through their options in case that is where the latest round of economic saber rattling ultimately leads.