Here’s an economic data point that you will not hear about in the mainstream financial media: U.S. wage growth in 2017 had been the weakest since 2010. In fact, labor costs rose a paltry 0.35% on a year-over-year basis.

Are higher wages for workers, then, right around the bend? Some believe that the tighter labor market is about to spark wage inflation. Yet it seems that this could be wishful thinking. Actual inflation has shown up in housing costs (e.g., rent, repairs, etc.), groceries and medical care, less so in employee pay. 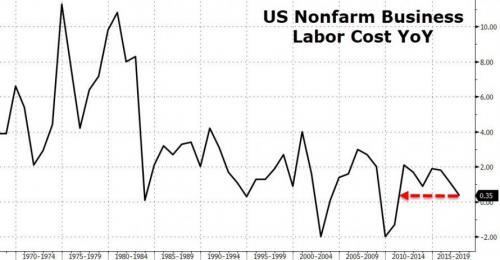 Might recent tax reform lead to higher employee compensation? It is possible, but not necessarily probable.

Consider corporate announcements in 2018. Plans to buy back shares of stock have surged 22%. In contrast, plans for capital expenditures – the acquisition, upgrading or maintenance of property, equipment, plants and so forth – rose a meager 3%. It stands to reason that, if companies have limited interest in “CapEx” investment for longer-term growth, then they may not be particularly eager to invest in human resource retention and development.

Granted, the wave of stock buybacks set to hit financial markets throughout 2018 may keep stocks from cratering. They’ve been a tremendous tailwind throughout the nine-year bull. On the other hand, the last time corporate buybacks rocketed to all-time highs was in 2007 – the year that the financial crisis began. 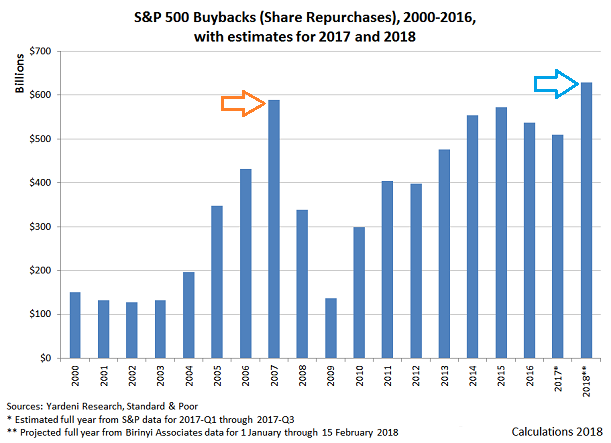 One question that investors may wish to ask themselves is whether or not wage gains will be strong enough in the months ahead. Why? With the average American’s credit card balance as a percentage of real disposable income more than double his/her real savings , wage gains will be necessary to keep the spending spree alive. Remember, personal consumption represents 70% of U.S. economic growth.

High credit card balances and low saving rates notwithstanding, the combination of tax cuts and wage gains may be potent enough to bolster consumer spending in the near term. Still, how long would it take before higher borrowing costs force households to use any additional monies to pay down debt? 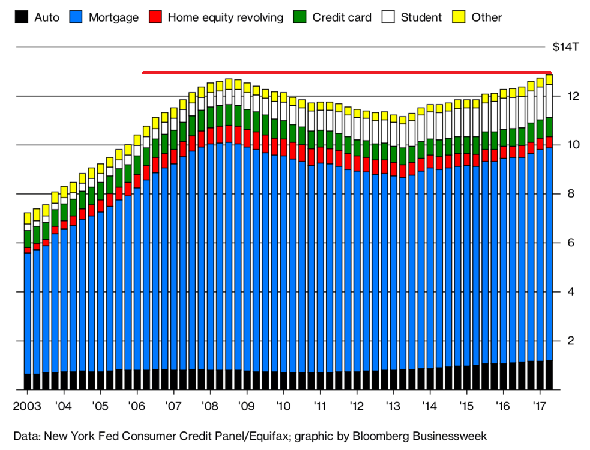 The relationship between debt levels, borrowing costs (rates), and spending holds true for governments too. Granted, the U.S. federal government and the U.S. Federal Reserve are capable of creating currency as well as manipulating interest rates. Nevertheless, there is only so much debt and deficit that a country can rack up before buyers of “IOU” debt expect higher yields as compensation for the risk they are taking.

The reality on U.S. debt is quite an eye-opener. A number of estimates for 2017 found that 80% of all federal government revenue went to interest on our debt and individual payments (e.g., Medicare, Medicaid, Social Security, unemployment benefits, welfare, etc.). Estimates suggest that in 2027, interest on federal debts alongside government-promised payments to individuals will take up 100% of revenue.

So how will the federal government spend on anything else? Infrastructure? The national defense? Transportation, education, government employment? The primary way that it will spend on anything other than debt interest payments and payments to individuals will be through the issuance of still more debt (a.k.a. “deficit spending”). 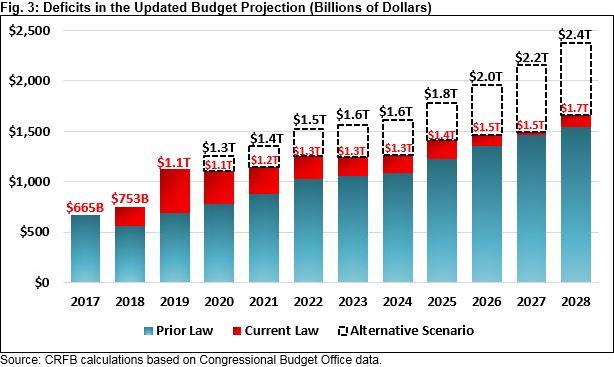 The U.S. government is on a path where it must issue more and more “IOU” Treasury bonds to finance its spending desires. This increases the supply of U.S. Treasuries. It also means that, all things being equal, domestic and foreign investors may require higher yields from those Treasuries to compensate for additional credit risk.

And that’s not the only reason higher borrowing costs are a near-term threat to the well-being of the U.S. consumption-based economy. In an effort to better position itself for QE4, QE5, and negative interest rate policy (NIRP) for the next recession, the Federal Reserve is attempting to nudge interest rates upward – it is refraining from acting as a net buyer of U.S. Treasury bonds. This reduces the demand for U.S. Treasuries. If foreign and domestic demand for U.S. Treasuries does not pick up enough slack, interest rates (and corresponding borrowing costs) may rise much faster than the Federal Reserve hopes for.

The attempt to unload tens of billions, then hundreds of billions, and eventually trillions of dollars, however, will create recessionary pressure. The higher borrowing costs climb, the less people will be able to spend. In a similar vein, lower credit quality companies will have trouble financing their operations. Asset prices from real estate to stocks might slide. And a “reverse wealth effect” could mark the end of the current expansion. 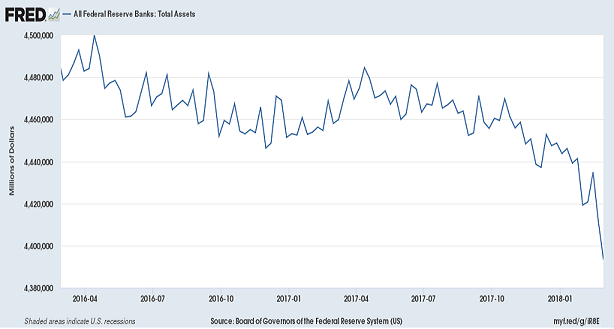 As it stands, stock market participants already are pondering what higher borrowing costs will mean for everything from the business of real estate to the consumer-based economy at large. One needs to look no further than the breakdown in homebuilder stocks. 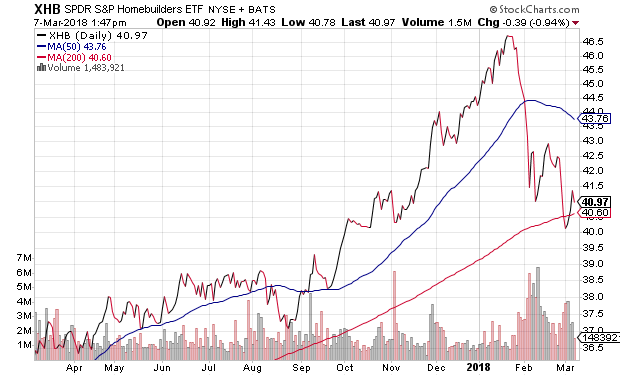 Few seem to ponder the possibility, even a likelihood, that the worst is yet to come for assets like stocks and real estate. Assets have skyrocketed with little resistance since 2011 on trillions upon trillions of global central bank liquidity. And now that it is being removed, albeit at a snail’s pace, we should expect the addiction to ultra-low borrowing costs to dissipate without incident?

Most commentators in the media have dismissed the bursting of bubbles in short volatility and cryptocurrencies as inconsequential. On the flip side, the 50% price evisceration in “cryptos” like bitcoin may be more meaningful than most recognize. Similarly, the doubling of S&P 500 VIX volatility may be more relevant than most appreciate. Indeed, these may be warning signs on the inevitable consequences of speculative excess . 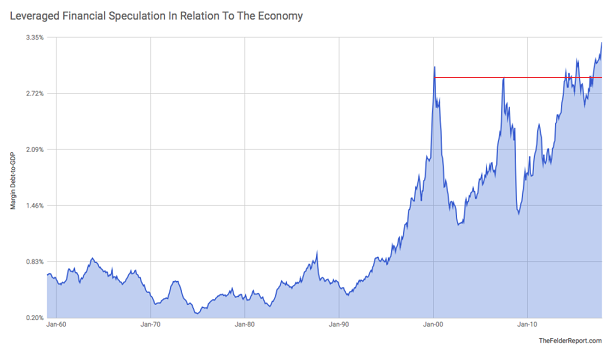