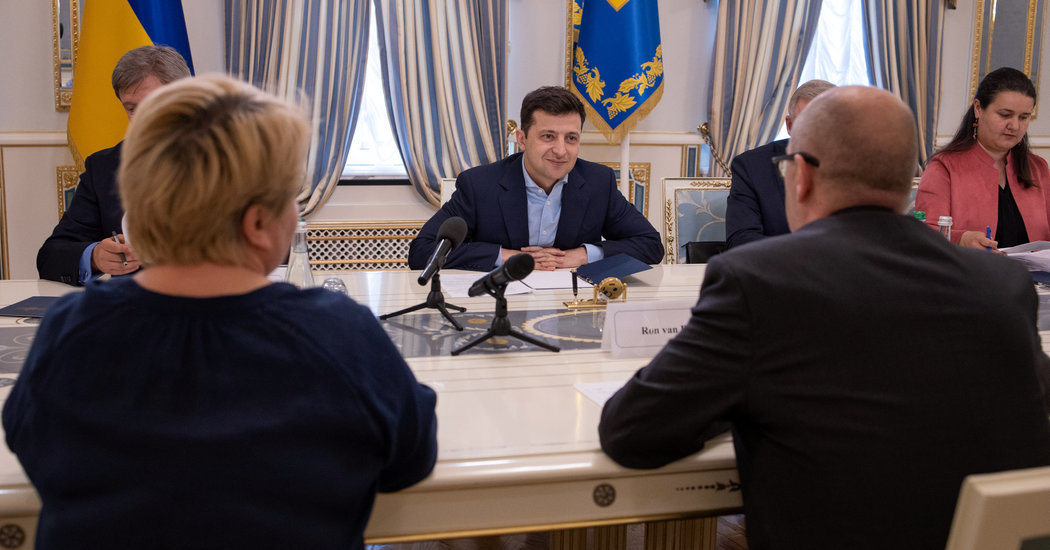 KYIV, Ukraine — The International Monetary Fund has agreed to lend $5.5 billion to Ukraine, a move viewed as a stamp of approval for President Volodymyr Zelensky’s anticorruption and economic policies.

An agreement with the fund, in Ukraine and elsewhere, is seen as important to wooing foreign investment. But for the Kyiv government, the deal brings another benefit in that it could help dispel talk of widespread Ukrainian corruption, which is an underlying issue in the impeachment proceedings in the United States Congress.

“I commended the president for the impressive progress that he and his government have made in the past few months,” Kristalina Georgieva, the fund’s managing director, said in a statement announcing the agreement late Saturday.

The agreement also comes at a critical time for the Kyiv government, two days before Mr. Zelensky is to meet President Vladimir V. Putin of Russia for peace talks in Paris.

Ukraine has turned to the fund to bail out its struggling economy, which has had a weak recovery after a deep recession in the wake of the country’s 2014 revolution and war with Russian-backed rebels.

The European Union and United States have also propped up the pro-Western government in Kyiv. The United States has spent $3 billion on aid programs to Ukraine since 2014.

But that aid was put in doubt over the summer when the Trump administration froze a portion, $391 million in security assistance, while asking Ukraine’s government to announce investigations into former Vice President Joseph R. Biden Jr. and his family and spreading unfounded accusations that Ukraine, not Russia, had hacked the 2016 election in the United States.

In the impeachment hearings, allies of President Trump said he had been justified in delaying the aid over worries about corruption but that the concerns were allayed by mid-September, after Mr. Zelensky had been in office for several months. The military assistance was released on Sept. 11.

The fund’s statement praised Mr. Zelensky but also noted obliquely that releasing the aid would hinge on the president’s breaking with an oligarch and former business partner, Ihor Kolomoisky. Ties between the men have been seen as an impediment to reform.

But the I.M.F. and the Ukrainian government had seemed to be talking past each other about what needed to be done. Mr. Zelensky said his government would not reverse the nationalization of Mr. Kolomoisky’s bank, Privat, a move that would cost the budget billions. The fund sought assurances that the government would recover money that banking regulators say Mr. Kolomoisky stole before the nationalization. He denies wrongdoing.

In her statement, Ms. Georgieva suggested that in a phone call Mr. Zelensky had agreed to try to recover funds. The two agreed, she said, that “it is paramount to safeguard the gains made in cleaning up the banking system and recover the large costs to the taxpayers from bank resolutions.”

The fund said the agreement was still awaiting board approval and that the money would not be released until the Kyiv government completes so-called prior actions, which are more stringent and hold more specific fund requirements than general benchmarks such as keeping a deficit within bounds.