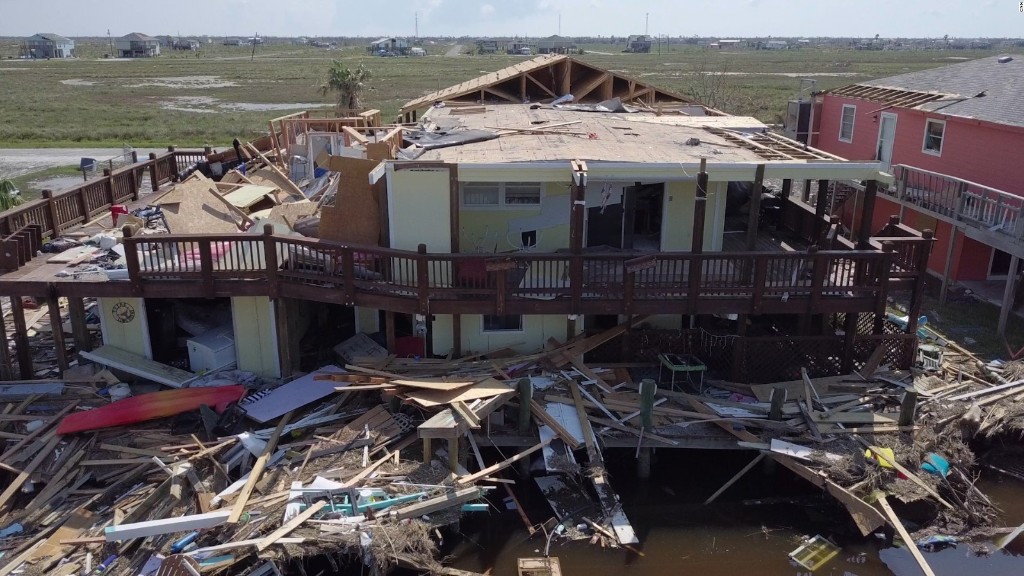 Hurricane Harvey has already hurt the job market. But will that storm and Hurricane Irma, which is expected to slam Florida this weekend, have an even bigger impact on the broader U.S. economy?

The federal government reported Thursday that initial jobless claims surged 62,000 last week to 298,000 — the highest level in more than two years. Most of that increase came from Texas, which bore the brunt of Hurricane Harvey’s winds and flooding.

The government also said there was “no discernible effect” on the national job market in August due to Hurricane Harvey when it reported the latest monthly numbers on September 1. But that was mainly because the storm made landfall so late in the month.

It might be a different story when the Labor Department releases the September jobs numbers on October 6.

Irma has the potential to create even more economic havoc, depending on what parts of Florida it hits.

Miami and other areas in South Florida have a vibrant tourism industry that could be hurt if there is significant damage in the region. There are concerns about what impact the storm will have on the state’s citrus growing industry, too.

“There could be a big impact on many major cities in Florida and that could show up in the job numbers,” said Sean Snaith, director of the University of Central Florida’s Institute for Economic Competitiveness.

Still, it’s important to remember that natural disasters tend to have only a short-term negative impact on the broader economy.

And there often is an economic rebound following big storms. The rebuilding efforts lead to more jobs, a boost to infrastructure spending and other stimulus.

That was the case after Hurricane Andrew in 1992, Hurricane Katrina in 2005 and Superstorm Sandy in 2012.

“Natural disasters for the national economy tend to be a blip,” said Dan North, chief economist for Euler Hermes, North America. He noted that the recovery is already beginning to repair damaged oil infrastructure in Houston and other areas in Texas.

But North added that it’s important to look beyond the headline GDP numbers and focus on the human toll that hurricanes leave in their wake: Damaged and destroyed homes. Families forced to relocate. Lives lost.

That’s why North thinks the Federal Reserve will likely not raise interest rates again this year and could only boost them two times — less than many expect — in 2018.

“Think of the wealth destruction created by these hurricanes,” North said. “A rate hike could be another stress on the economy.”

Snaith isn’t so sure that Janet Yellen — or her potential successor as Fed Chair if President Trump decides to appoint someone else to lead the central bank — will spend too much time worrying about the national impact of these storms.

“I would hope that the Fed is not going to be swayed by weather over the longer run. Hurricanes aren’t included in theoretic models to predict inflation,” he said.

However, Snaith conceded that the general dysfunction in Washington these days could keep the Fed on hold.

The central bank has a legitimate reason to wonder if Congress and the president can get anything done — especially now that Trump seems to be at odds with leaders in his own party.

“It’s right for the Fed to take baby steps due to other economic concerns. The Category 5 political storm in DC is a bigger worry than Irma or Harvey,” Snaith said.