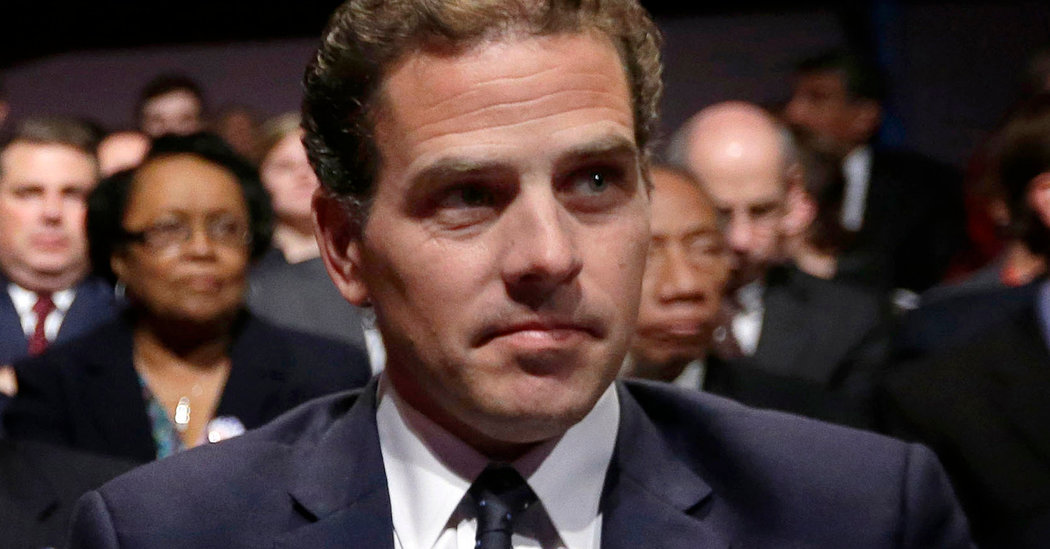 Hunter Biden, son of Joseph R. Biden Jr., the former vice president and a Democratic presidential candidate, intends to step down from the board of a Chinese company by the end of the month, according to a statement from his lawyer.

Hunter Biden’s lawyer, George Mesires, said in a statement on Sunday that Mr. Biden would resign from the company, BHR, an equity investment fund manager.

The statement added that if Joseph Biden were to be elected president, his son would “agree not to serve on boards of, or work on behalf of, foreign-owned companies.”

The role of the younger Mr. Biden in foreign companies has been a source of political grist for President Trump, who this month publicly urged China to investigate the Bidens’ role.

In Ukraine, Hunter Biden earned $50,000 a month on the board of an energy company.

As vice president, his father pressured Ukraine to fire a prosecutor whose office oversaw investigations into the company’s owner. But by the time the elder Mr. Biden acted, there was no public evidence that the prosecutor was pursuing an investigation, and no evidence has surfaced that the vice president, who was carrying out Obama administration policy, was motivated by his son’s business interests.

In an interview with reporters, Mr. Trump called for both Ukraine and China to investigate.

“China should start an investigation into the Bidens, because what happened in China is just about as bad as what happened with Ukraine,” Mr. Trump said.