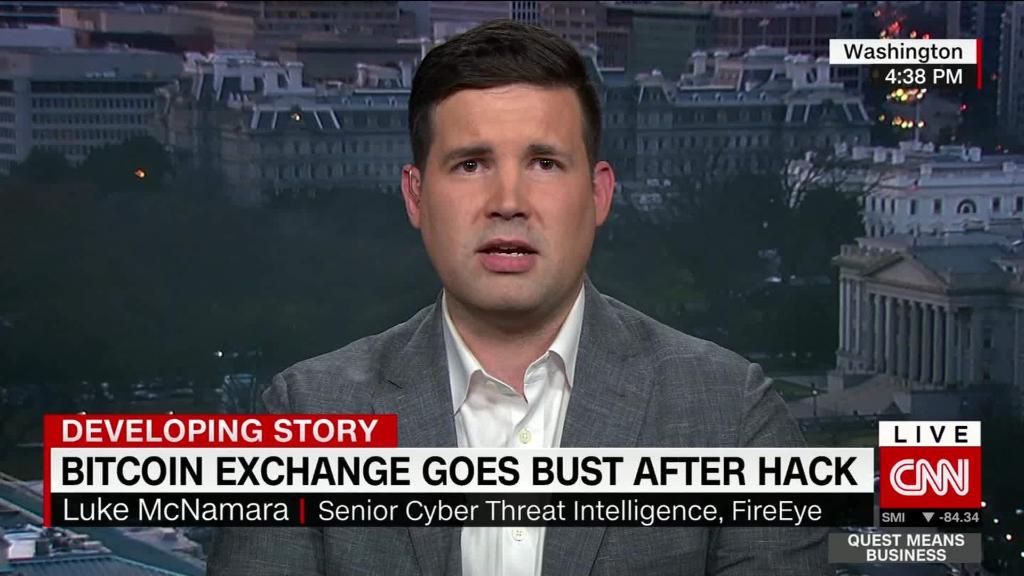 Bitcoin mania has reached a new level of insanity.

A publicly traded company named Long Island Iced Tea Corp. (LTEA) — which as the moniker implies is based on Long Island and makes iced tea — is changing its name to Long Blockchain Corp. and wants to buy some firms in the cryptocurrency business.

The stock surged nearly 200% on the news.

This is madness, pure and simple.

While it’s clear that blockchain technology is important and that bitcoin and other cryptocurrencies like ethereum, litecoin and ripple are not going away, there is now too much hype surrounding bitcoin and blockchain.

It’s eerily similar to the internet stock craze in the late 1990s when several companies that weren’t destined to become the next Amazon simply added a dotcom suffix or “E” prefix to their name and watched their stocks soar.

Long Island Iced Tea is just the latest small company to change its business model in an attempt to latch on to the bitcoin and cryptocurrency wave.

A company now called Riot Blockchain (RIOT) has soared since it changed its name from Bioptyx and changed its business model from biotech to bitcoin.

LongFin (LFIN), a financial tech firm that recently went public, has skyrocketed after announcing that it bought a blockchain microlender.

And two tiny penny stocks, tobacco company Rich Cigars and e-cigarette firm Vapetek, shot up after saying they were now blockchain companies too.

Long Island Iced Tea Co. said in a press release Thursday that it still plans to keep making its non-alcoholic line of iced teas but that it has also reserved the web domain www.longblockchain.com and will eventually ask the Nasdaq to change its ticker symbol. It didn’t say what the new symbol would be.

“We view advances in blockchain technology as a once-in-a-generation opportunity, and have made the decision to pivot our business strategy in order to pursue opportunities in this evolving industry,” said Long Island Iced Tea Corp. CEO Philip Thomas in a statement.

The company said it is in “preliminary” discussions to buy a blockchain software developer working on infrastructure for the financial services industry, as well as a London-based provider of foreign exchange services that is building blockchain and cryptocurrency technology solutions.

Related: Overstock is turning into a bitcoin tech firm

Long Island Iced Tea added that it “does not have an agreement with any of these entities for a transaction and there is no assurance that a definitive agreement with these, or any other entity, will be entered into or ultimately consummated.”

In other words, Long Island Iced Tea Corp. hopes to one day become a crypto powerhouse.

But for now, it remains a tiny beverage company based in Farmingdale that reported total sales of just $1.6 million in its latest quarter and whose stock was down more than 40% this year before it decided to become a blockchain player.