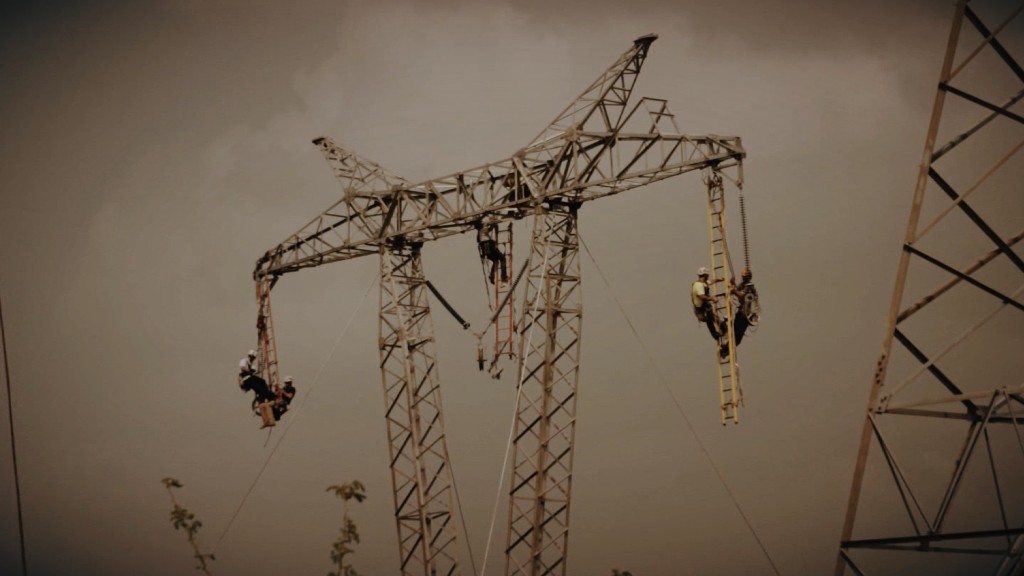 Whitefish Energy, a little-known energy firm based in Montana, has been stirring up controversy ever since it announced last week that it landed a $300 million contract to help restore Puerto Rico’s electrical power.

The contract is the largest to be awarded since recovery efforts began over a month ago. And several lawmakers on Capitol Hill are calling for government reviews of how this small firm with only two employees at the time Hurricane Maria hit Puerto Rico was chosen over bigger, more established utilities.

The seeds of the deal were first sown after Hurricane Irma, which tore through the Caribbean and Florida in early September.

Ricardo Ramos, the CEO of the Puerto Rico Electric Power Authority, recounted to CNN that he was actively looking for contractors for the repair effort. Whitefish was one of seven companies that was competing for the work.

Whitefish CEO Andy Techmanski reached out to Ramos to tell him about his small firm’s “special skills”: repairing infrastructure in rural, rugged regions, according to Whitefish spokesman Ken Luce.

But Irma ended up skirting by Puerto Rico, inflicting minimal damage. There was no need to immediately strike a deal.

‘We took the call and we’re here’

Less than two weeks later, it was a different story. Hurricane Maria was a devastating Category 5 storm, leaving millions on the U.S. island without power or communications. Techmanski reached out to Ramos again, offering to help — this time, hoping to secure a contract, Whitefish spokesman Ken Luce told CNN.

Techmanski ended up having a conversation with Ramos.

“All I can say is, we took the call and we’re here,” Techmanski told CNN last week. “We called each other.”

In an interview with CNN on Friday, Luce described Techmanski as an entrepreneur who jumped on a plane when no one else was “interested in doing business with the utility company because they were in bankruptcy.”

Techmanski flew to Puerto Rico on Sept. 26 to meet with PREPA officials and to discuss how they could restore electricity to the crippled island.

Sitting in a dimly lit conference room, Techmanski and the PREPA team began drawing up plans for rebuilding Puerto Rico’s destroyed electrical grids using their cell phones, according to Luce.

“They met at a conference table with no lights to go through the map and determine the best way to work in the mountains,” he said.

The other contender: Power Secure wanted $25 million upfront to do the job.

But Techmanski wasn’t asking PREPA for a down payment. Plus, the Whitefish CEO was agreeing to take care of the logistics — lodging and food for the hundreds of journey linemen needed to restore power, according to Ramos.

After the hurricane hit, the state-owned utility could have requested aid through the American Public Power Association, a network that provides help to other utilities during widespread power outages.

But the closest states to Puerto Rico were already dealing with their own rebuilding efforts after hurricanes Harvey and Irma, Ramos told CNN on Thursday. And he believed they would not be able to respond quickly to the island’s needs.

The bankrupt utility, which was wrestling with $9 billion in debt, also couldn’t afford to cover the costs of utilizing the network either, he said.

Instead, Ramos chose Whitefish, inking the deal the same day Techmanski flew into Puerto Rico. Whitefish began working on the island less than a week later on Oct. 2.

With the contract signed, Techmanski realized he was going to need help getting resources and equipment to the island quickly. So he reached out to Interior Secretary Ryan Zinke, who also called Whitefish, Montana his hometown.

Zinke’s office acknowledged they received an email from Techmanski, but said no one at the agency took any further action.

On Friday, White House Press Secretary Sarah Sanders told reporters that ZInke was asked directly by President Trump if he had any involvement in the deal — and Zinke said he didn’t.

“This is a contract that was determined by the local authorities in Puerto Rico, not something the federal government played a role in,” Sanders said at the briefing.

Government agencies usually will make a public request for help on a particular job. Often they will receive multiple offers and the agency reviews and accepts the best, lowest cost bid.

Both the U.S. Army Corps of Engineers and the Federal Emergency Management Agency have made clear they did not sign off on the Whitefish contract and referred questions to PREPA, according to spokespersons for both agencies.

FEMA oversees billions of dollars in disaster relief work and multiple audits by the inspector general have shown a pattern of problems in how these funds have been used.

Ramos told CNN that FEMA didn’t require prior approval of PREPA’s contracts. But it does require a detailed audit of Puerto Rico’s emergency spending.

A FEMA spokesperson told CNN Thursday that based on its initial review, the agency has “significant concerns” with how PREPA awarded the contract, including whether the contract prices are “reasonable.”

The hourly rate for a site supervisor is set at $332 per hour and $227.88 per hour for a “journey lineman” in the contract, according to a contract seen by CNN. The deal also specifies the estimated cost of nightly accommodation would be $332 per worker and nearly $80 per day for food.

On Friday, Whitefish’s Luce told CNN prices included in the contract were all negotiated with PREPA ahead of time. He explained that pricing included transportation for labor, the equipment and cost of paying for workers performing “very high risk jobs” that required “technical experienced” journey linemen.

“They are working off helicopters — 50-, 60-foot ladders, dangling from wires,” said Luce. “These are very dangerous high-risk jobs that these men and women are undertaking to restore power in Puerto Rico.”

There’s also a clause in the deal that bars PREPA, the FEMA administrator, the government of Puerto Rico and the Comptroller General of the U.S. from auditing the cost and profit elements of its labor rates.

Luce also told CNN on Friday that the clause is “standard contract language,” but promised to work with lawmakers in answering questions.

“We’ve been transparent on everything we’re doing on the island and we understand those questions,” said Luce.

“It was discussed with FEMA to make sure that it met with the standards and then of course that process went through,” said Rossello.

‘We have to move fast’

Already, Whitefish has scaled to just over 300 employees in Puerto Rico — and it says 700 more are on the way. Such quick growth is typical among utility firms when they are awarded large contracts, the company said.

PREPA’s Ramos says he has no regrets over the Whitefish contract, despite all the controversy over the deal in recent days.

“If we went back in time, I would do it all over again,” Ramos told CNN.

Choosing Whitefish was cost effective, he said. The company had agreed to be paid in installments after the work was completed, inspected and approved by PREPA.

“We have a humanitarian crisis here and we have to move fast,” said Ramos, adding Whitefish is “doing a great job.”

Since the deal was announced last week, several government reviews have been called for to determine whether the appropriate process was followed by PREPA when it signed the contract.

Both the Department of Homeland Security’s inspector general and a separate House committee are reviewing the agreement. Another Senate committee has also asked the Government Accountability Office to investigate — that decision is pending.

On Friday, two top Democrats also asked the inspector general to examine FEMA and other agencies’ role in awarding the deal and whether the contract was an appropriate use of taxpayer dollars.

Even Rossello has asked Puerto Rico’s Office of Management and Budget to audit the Whitefish contract to ensure it’s in compliance with the appropriate laws.

Those results are expected on Friday.

“If there is no wrongdoing, if it has been done correctly then we will push forward,” Rossello told CNN. “If there is wrongdoing in this process or any process there will be hell to pay.”