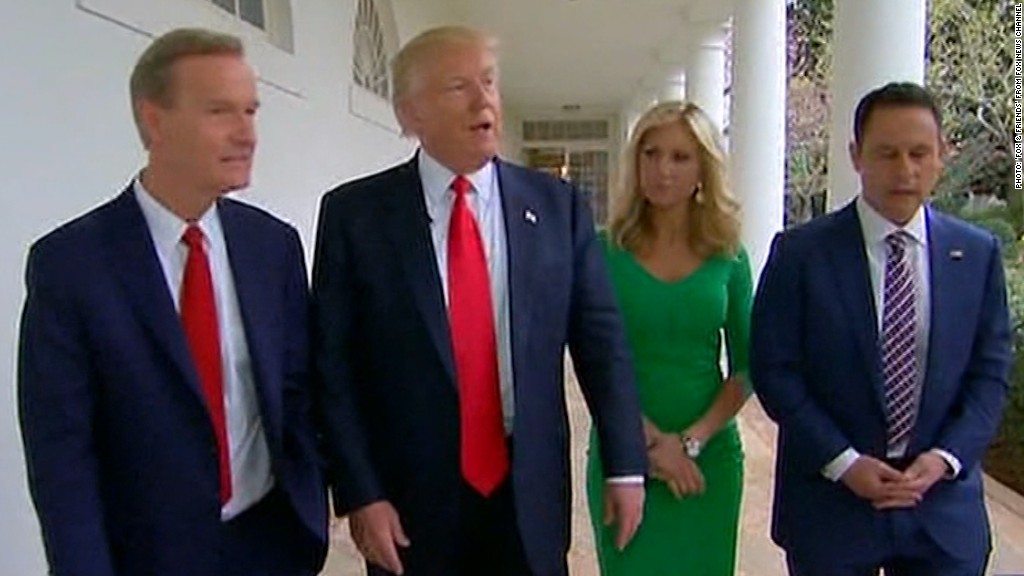 Katy Perry just became the first person to hit 100 million followers on Twitter, but someone else wants you to hear him roar.

In a Friday morning Twitter (TWTR, Tech30) storm about his frustration over the Russia investigation, President Trump boasted that he can circumvent the “fake media” and go straight to the “100 million people” following him on social media.

It’s a familiar Trump theme — he sees his robust social media footprint as a direct line to his base.

But just how many people are following Trump on social media? It it really 100 million?

His main Twitter account lists 32.4 million followers. Not too shabby for someone who follows only 45 people — mainly his family, aides and Fox News hosts like Tucker Carlson and Sean Hannity.

Related: A third of pro-Trump tweets are generated by bots

Of course, many of those followers are the same people using different accounts.

An analysis run for CNN Tech by social media firm Socialbakers estimates that Trump has closer to 60 million actual people following him.

“Growth has been phenomenal for President Trump, from 15 million to 60 million in the last twelve months,” Socialbakers Vice President César Christoforidis said.

And there are the bots — “fake followers.” Any celebrity has them.

One analytics tool, Twitter Audit, estimates that 11.6 million of Trump’s 32 million Twitter followers are either dormant or accounts run by bots. That’s right on par with other high-profile tweeters, like @BarackObama who also has about 35% “fake followers.”

The world’s most followed politician on Twitter is still Obama, according to Socialbakers. The former president clocks in at nearly 91 million followers on one Twitter account alone.