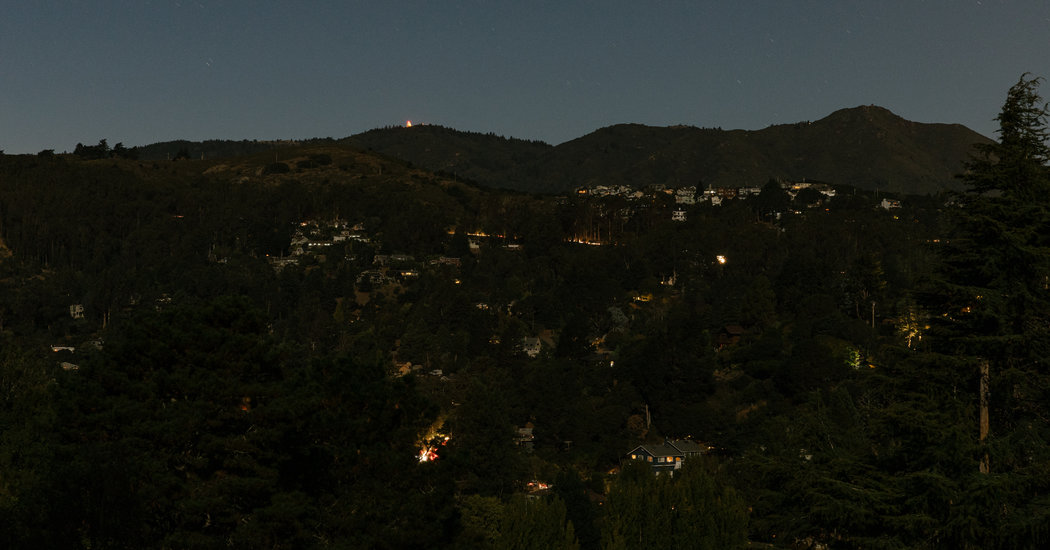 Pacific Gas & Electric’s unusual decision to cut power to hundreds of thousands of customers in Northern California to reduce the risk of wildfires has angered many residents and lawmakers. Many of them have questioned whether the company made the right call.

About 600,000 Northern California customers, including some in the San Francisco Bay Area, were without power Thursday morning. Gov. Gavin Newsom said on Wednesday that the company’s decision was “appropriate under the circumstances.” But he also criticized the company for not investing enough in safety and infrastructure upgrades.

The utility has been found responsible for about two dozen wildfires and filed for bankruptcy protection in January. PG&E has said it could face up to $30 billion in liabilities for fires started by its equipment in recent years.

Separately, Southern California Edison, the state’s second-largest investor-owned utility after PG&E, said on Thursday that it had cut power to almost 13,000 customers and that the shut-off could ultimately affect almost 174,000 customers in nine counties, including Los Angeles, Orange, Riverside and San Bernardino.

Why did the PG&E blackout affect so many customers?

PG&E has said it acted after its meteorologists noticed a threat of strong winds in up to 34 California counties. The National Weather Service also issued a fire weather watch for those areas.

The utility resorts to blackouts when certain conditions are met. Sustained winds have to reach at least 25 miles per hour with gusts of at least 45 m.p.h. Vegetation in and around its power lines has to be dry and the humidity low. And the Weather Service has to issue a “red flag” warning about the risks of wildfires.

Strong winds and dry conditions have been implicated in several major California wildfires started by utility equipment. PG&E has said that one of its transmission lines probably started the state’s largest wildfire, known as the Camp Fire, which killed more than 80 people and destroyed the town of Paradise in November 2018.

How did the company decide which areas would lose electricity?

PG&E has said that weather forecasts were the most important consideration it used to decide which areas would lose power. But the company has also shut off power in some areas that might not experience adverse weather. That is because the power lines serving those areas are connected to lines and other equipment in places with strong winds and dry conditions.

Critics of PG&E, including some state lawmakers, have said that the company may have blacked out more customers than necessary to reduce the risk of wildfires. State Senator Jerry Hill, a Democrat from the Bay Area, sent a letter venting his frustration to the California Public Utilities Commission, which will review PG&E’s actions.

“Today marks an unprecedented turn in the history of electricity service in California,” Mr. Hill wrote. He said that safety shut-offs “must be a surgical, last resort measure.”

Does this have anything to do with the company’s bankruptcy?

Not directly. The power shut-offs are part of PG&E’s wildfire safety program, which the utility developed in response to state rules put in place after the devastating 2017 wildfires in the Napa and Sonoma wine country.

The safety measures were intended to prevent wildfires and to keep the utilities from financial ruin by limiting their liability for the damage caused by their equipment. In its bankruptcy case, PG&E has been seeking to resolve wildfire damage claims from thousands of homeowners, insurance companies and others.

How long will the blackout last?

PG&E’s internal models and forecasts from the National Weather Service indicate that the extreme weather conditions could last through Friday. PG&E said it had restored service to about 126,000 customers. But 600,000 were still without power Thursday morning, and thousands more could still lose electricity.

Before restoring power, PG&E will have to inspect its equipment for damage and make any needed repairs. That process cannot begin until the severe weather has passed, the company said.

PG&E uses 43 helicopters for aerial inspections, along with workers on foot. In some instances, the utility sends drones to help inspect the 24,782 miles of distribution lines and 2,443 miles of transmission lines.

PG&E may be able to restore power to some areas quickly, while other places could be without electricity for days.

Do people with rooftop solar panels still have power?

Without a battery attached, a home’s rooftop solar system usually does not work when the electric grid blacks out, according to Sunrun, the nation’s largest residential solar company.

Here’s why: Rooftop systems from companies like Sunrun, Tesla and Vivint generally do not provide power directly to homes. The electricity generated from the panels goes to the electric grid, controlled by the power companies and grid managers, and the customer is credited. Because the electricity flows to the closest destination that needs it, it may travel back down to the home that generated it or to a neighboring property. Otherwise, the power flows wherever the next closest demand is, just as water follows the path of least resistance.

This setup is in part a safety measure to ensure that electricity workers aren’t harmed by home solar systems tied to the grid as they work to restore power.

But lithium-ion battery systems like Tesla’s Powerwall or Sunrun’s Brightbox, which charge during the day, can keep homes powered for short outages, depending on the unit’s size. Increasingly, companies marketing solar panels also sell batteries to keep homes powered during grid outages. Lithium-ion battery technology, recognized with a Nobel Prize this week, is seen as a key to reshaping the electricity grid and home energy.