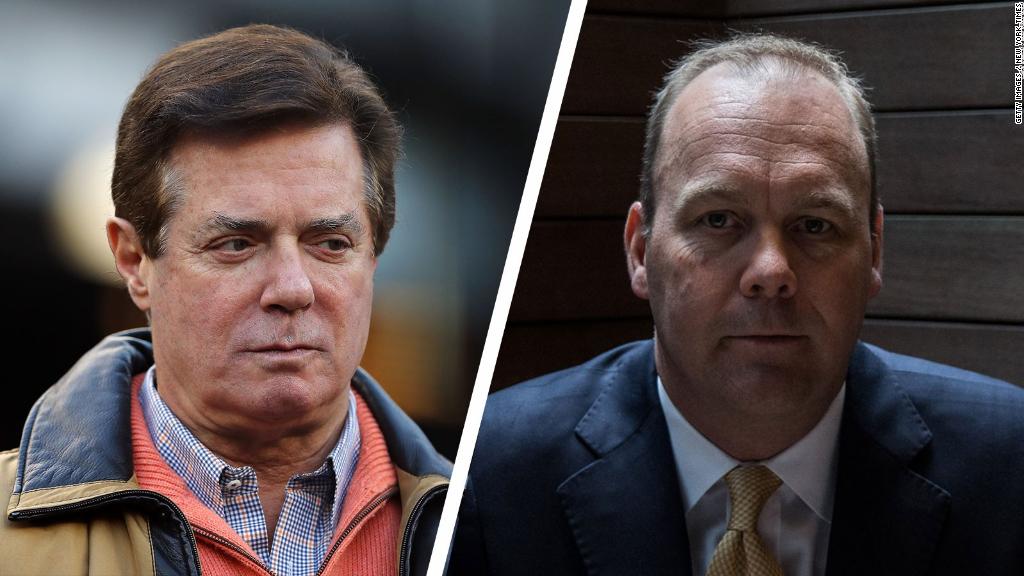 The news that Donald Trump’s former campaign head had turned himself over to the FBI was just minutes old on Monday morning when “Fox & Friends” co-host Brian Kilmeade posed a question that was probably on the minds of many viewers.

“Will you please tell us what else is happening in the news?” Kilmeade asked one of the show’s other anchors, who dutifully shared a variety of other headlines unrelated to the investigation into the Trump campaign’s ties to Russia.

But no other item could eclipse the news that Paul Manafort, Trump’s former campaign chairman, had surrendered to authorities. Not even on “Fox & Friends,” Trump’s favorite cable news program,which often acts as an unofficial arm of the White House communications department.

Related: The latest on Manafort, Gates and Papadopoulos

Around the 8 a.m. hour, the show brought on Fox News correspondent Griff Jenkins, who provided a timeline of events that led to the top story of the day and perhaps Trump’s presidency so far: Manafort and his associate, Rick Gates, were handed the first two indictments as part of special counsel Robert Mueller’s investigation into the Trump campaign’s possible connections to the Russian government.

The development forced Fox News to confront a familiar tension between its ideological allegiance and editorial responsibility.

Kilmeade and his two “Fox & Friends” co-hosts Steve Doocy and Ainsley Earhardt did not ignore the news, of course. But they didn’t abandon their role as Trump boosters, either.

The indictment was clearly the network’s top story. But in contrast to MSNBC and CNN, which provided wall-to-wall coverage of the indictments all morning, Fox News found plenty of time for other news, running segments on the Republican-led effort to reform taxes, the corruption trial of Democratic Sen. Bob Menendez and Sunday’s protest by the Houston Texans — all legitimate stories, but all relatively minor compared to the significance of the news about Manafort, Gates and also former Trump foreign policy adviser George Papadopoulos, who has already pled guilty to making a false statement to the FBI.

Besides devoting time to other topics, “Fox & Friends” also worked to spin the indictment news. Kilmeade, for one, assured viewers that “just because you’re indicted doesn’t mean you’re guilty of anything,” which is true as a matter of law and principle, of course, but bore a different meaning in the way he said it.

And the three hosts of “Fox & Friends” brought on Kellyanne Conway, who resumed the White House’s efforts to divert attention to Hillary Clinton and the Democratic National Committee.

“The president’s also made very clear…that he considers this a hoax,” Conway said. “And that people should be looking into any coordination, if not collusion, between the Clinton campaign, the DNC, the Russian dossier.”

Later in the morning, Kilmeade, Doocy and Earhardt brought on attorney Alan Dershowitz.

Dershowitz, described by the hosts as a “lifelong Democrat,” though he is perhaps most often seen siding with the right, provided some comforting caveats to the Trump fans watching at home.

“They’re going after Manafort on something that apparently that has nothing to do with Trump,” Dershowitz said.

Hours after the Dershowitz interview, the president himself was pushing that line, noting on Twitter that the indictment against Manafort stems from activity that came years before Manafort joined the Trump campaign.

It was a recurring sentiment on Fox all morning. Rep. Peter King (R-NY) stressed that nothing in the indictments “in any way involves President Trump.”

Appearing from the set of his radio show, Kilmeade joined Hemmer to discuss the news, reiterating that Manfort’s indictment “clearly has nothing to do with the campaign.”

It wasn’t hard to see why Trump and his supporters were eager to push that narrative. As Earhardt put it bluntly earlier Monday morning, “What if Manafort doesn’t have anything on the president? No more Russia collusion? Are we done with this?”