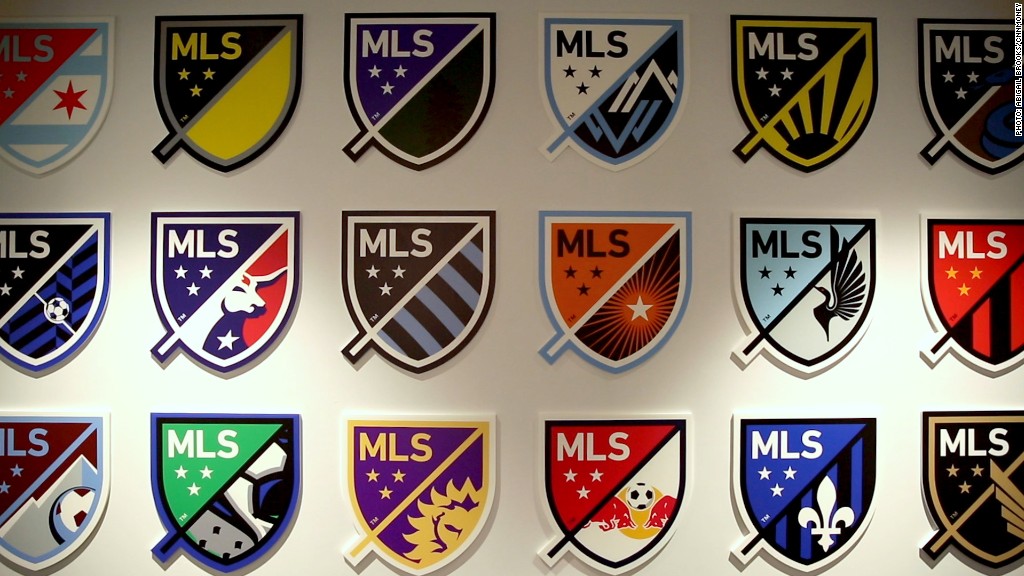 Soccer’s reach in the United States is growing thanks in large part to marquee European clubs. And some of their biggest stars are playing this month on American soil.

The tournament is drawing more viewers this year on ESPN — about 330,000 total for six matches, compared with 315,000 over eight matches last year.

Viewership has grown even though the tournament has been competing with the Gold Cup, a just-concluded international soccer competition also held in the United States that featured North and South American national teams.

Major League Soccer is already trying to grow interest in soccer in the United States. MLS teams have played in the International Champions Cup in the past, but it overlaps with the MLS league schedule, so teams have sat out the last two tournaments.

“What we’re seeing is our clubs prioritizing winning the league,” MLS Deputy Commissioner Mark Abbott told CNNMoney. “They’re being very judicious in determining how to schedule their games.”

He said there are enough fans of the beautiful game to go around.

“It’s all about growing the sport,” Abbott said. “These games show how dynamic the U.S. market is. MLS offers fans the ability to follow their teams at home. There really is room for both.”

International Champions Cup games are often held in emerging soccer markets. Games are being played in Singapore and China, too.

The players can get ready for the regular European season with tough match-ups, and coaches can try new formations and lineups without the pressure of standings.

But the tournament serves a bigger purpose, said Michael Goldman, an associate sports management professor at the University of San Francisco.

At a relatively dead time for American sports — the NFL, NBA and NHL are all in their offseasons — soccer fans can see their favorite players and teams up close, either in person or on primetime TV.

“The preseason workout aspect has been overtaken by the commercial aspect and the chance to leverage media exposure in the U.S. and China,” Goldman said.

Los Angeles, Nashville, Tennessee, and Orlando, Florida, are among the cities hosting games, and the last game of the tournament will be in Foxborough, Massachusetts, on Sunday.

The marquee event is El Clásico, the name given to any game between rivals Real Madrid and FC Barcelona. That game will be played Saturday at Hard Rock Stadium, home of the NFL’s Miami Dolphins. The team’s owner, Stephen Ross, is a co-founder of Relevent Sports, which started the ICC in 2013.

The game has become a multi-day event, with parties and concerts leading up to the match, sort of like the spectacle before the Super Bowl. NextVR will even broadcast the game in virtual reality — a first for El Clásico.