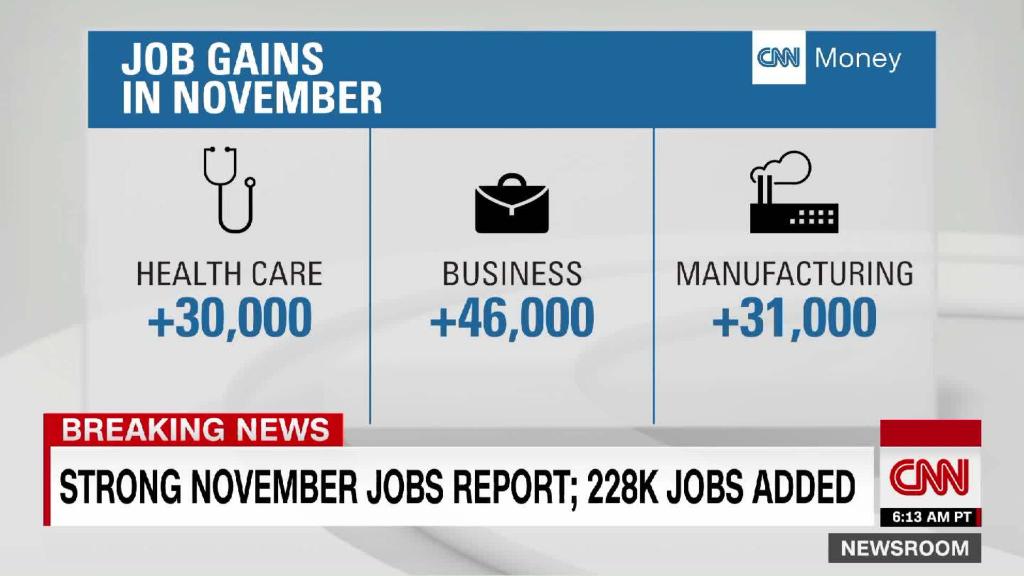 Ivanka Trump says Hispanic unemployment is at its lowest rate ever. She’s right.

The Hispanic unemployment rate fell to 4.7% last month, down from 4.8%. Overall U.S. unemployment remained at 4.1%, a 17-year low. The Labor Department has unemployment data broken down by race and ethnicity dating back to 1973.

“This Administration and @realDonaldTrump are working hard to create opportunities for all Americans,” Ivanka Trump said. “…and we are just getting started!”

It’s certainly good news for the Hispanic community, which makes up 17% of the U.S. labor market.

Some of the decline may be attributable to a slightly lower labor force participation rate for Hispanics, which remains at its lowest since May 2016. That rate looks at how many people are either working or actively looking for work. If it’s down, it tends to indicate that an increased number of people have given up looking for a job, possibly because they’ve retired, gone back to school or are raising kids.

Hispanics are reaping the benefits of a strong job market, even as some remain concerned about their place in the country under a Trump presidency.

The president has made cracking down on illegal immigration one of his top priorities, and spoke derisively about Mexicans during his campaign.

On jobs, at least, Hispanics in the Trump era are seeing improvement.

“Hispanics are more confident about their personal financial situation than the general public, and they’re also more optimistic that their family’s financial situation is going to improve in the next year,” said Jens Manuel Krogstad, who studies Hispanic demographics for the Pew Research Center.

Despite this optimism, Hispanics have not fully recovered from the Great Recession, Krogstad said.

That figure remains much lower than the general U.S. rate of homeownership, which was 63.9% in the most recent quarter.

And large discrepancies remain between Hispanic men and women. The unemployment rate for Hispanic men was 3.8% last month. For women, it was 4.9%.

But the Hispanic unemployment rate is certainly lower than its post-recession peak of 13% in August 2009.

The unemployment rate for African Americans in November was 7.3% — down from a post-recession high of 16.8% in March 2010.

“It is positive to see that for all these cases the unemployment rates of minorities have gone down substantially,” said Robert Lerman, a fellow at the Urban Institute.